The former president's long-awaited message arrives as a growing list of relatives and close allies are being purged from important positions in government and business. 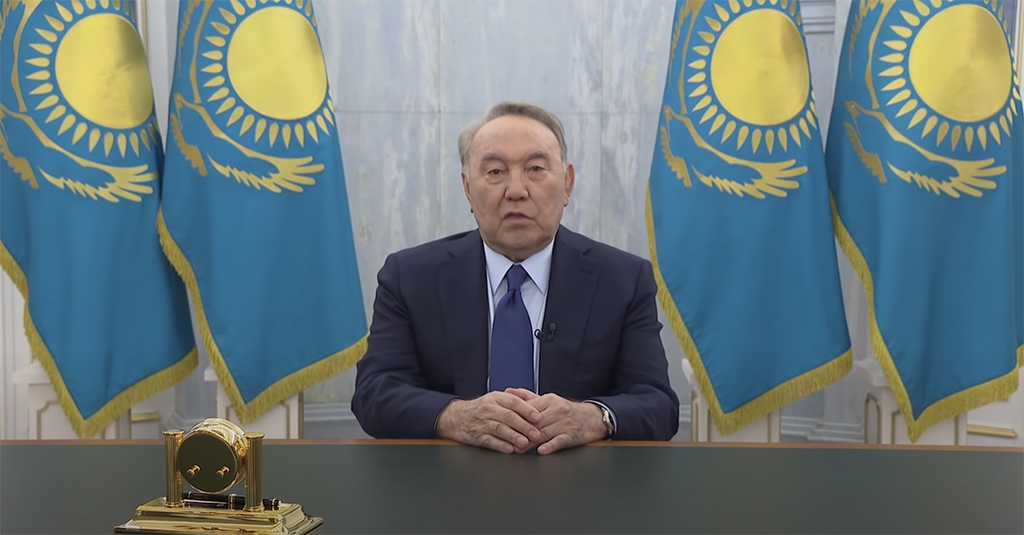 Nazarbayev did not hold up a newspaper (screengrab)

The former president of Kazakhstan, who has not been seen in public since late last year, resurfaced on January 18 in an attempt to quash mounting claims of an ongoing intra-elite clash.

“There is no conflict or confrontation within the elite. Rumors to this effect are absolutely groundless,” Nursultan Nazarbayev said in a video address.

The 81-year-old former president’s brief statement was also intended to put to rest rumors that he had fled the country.

“I am having a well-deserved rest in the capital of Kazakhstan and didn't go anywhere,” he said, notably refraining from using the current name of the city, Nur-Sultan.

The last time Nazarbayev was seen in public was on December 28, when he was in Russia to attend an informal summit of the Commonwealth of Independent States. His spokesman, Aidos Ukibay, posted a statement to Twitter on January 8, while Kazakhstan’s largest city, Almaty, was still gripped by unrest, to deny rivaling theories about the ex-leader fleeing to China or Dubai. But that did not prove sufficient to put paid to the speculation.

The message from Nazarbayev arrives just as a growing list of relatives and close allies are being purged from important positions in government and business.

On January 17, President Kassym-Jomart Tokayev ordered the dismissal of Samat Abish, Nazarbayev’s nephew, as first deputy head of the powerful National Security Committee, or KNB. This move comes in the wake of insistent rumors that Abish may have been involved in instigating the bloody unrest that rattled the country earlier this month.

Abish’s former direct superior, long-time Nazarbayev loyalist Karim Masimov, was arrested shortly after the outbreak of disturbances in Almaty and stands accused of treason and seeking to violently seize power.

Also on January 17,  Timur Kulibayev, a multibillionaire son-in-law of Nazarbayev, resigned as chairman of Atameken, an influential business lobby group. Another two Nazarbayev sons-in-law, Dimash Dosanov and Kairat Sharipbayev, were over the weekend pushed out of their posts as chairmen of KazTransOil and QazaqGaz (formerly KazTranGaz), respectively.

Nazarbayev sought disingenuously to scotch talk of infighting by claiming that he had long relinquished any claim to power.

“In response to the many messages I have received, and all the reports in the media, I state that in 2019 I handed over power to President Kassym-Jomart Tokayev and have since then been a pensioner,” he said.

This, however, was a falsehood. Nazarbayev served until January 5 as chair of the security council, a position that granted him significant sway over the nation’s security apparatus. What is more, Tokayev in October 2019, months after he was shuffled into the president’s chair, signed off on a decree granting Nazarbayev veto powers over key political and security appointments. That decree, which some analysts have suggested may have been promulgated under pressure, formally limited Tokayev’s scope for acting independently of Nazarbayev.

As of January 5, Tokayev has chaired the security council.

Far from being fully retired, Nazarbayev still chairs the ruling Nur Otan party, which holds seven-tenths of the seats in the lower house of parliament, the Majlis. That too is poised to change, though.

“Soon the president will be elected chairman of the Nur Otan party,” Nazarbayev said in his statement.