Kazakhstan: Nazarbayev to lose his place in constitution

Moves to sideline the former president are the result of nationwide political unrest in early January. 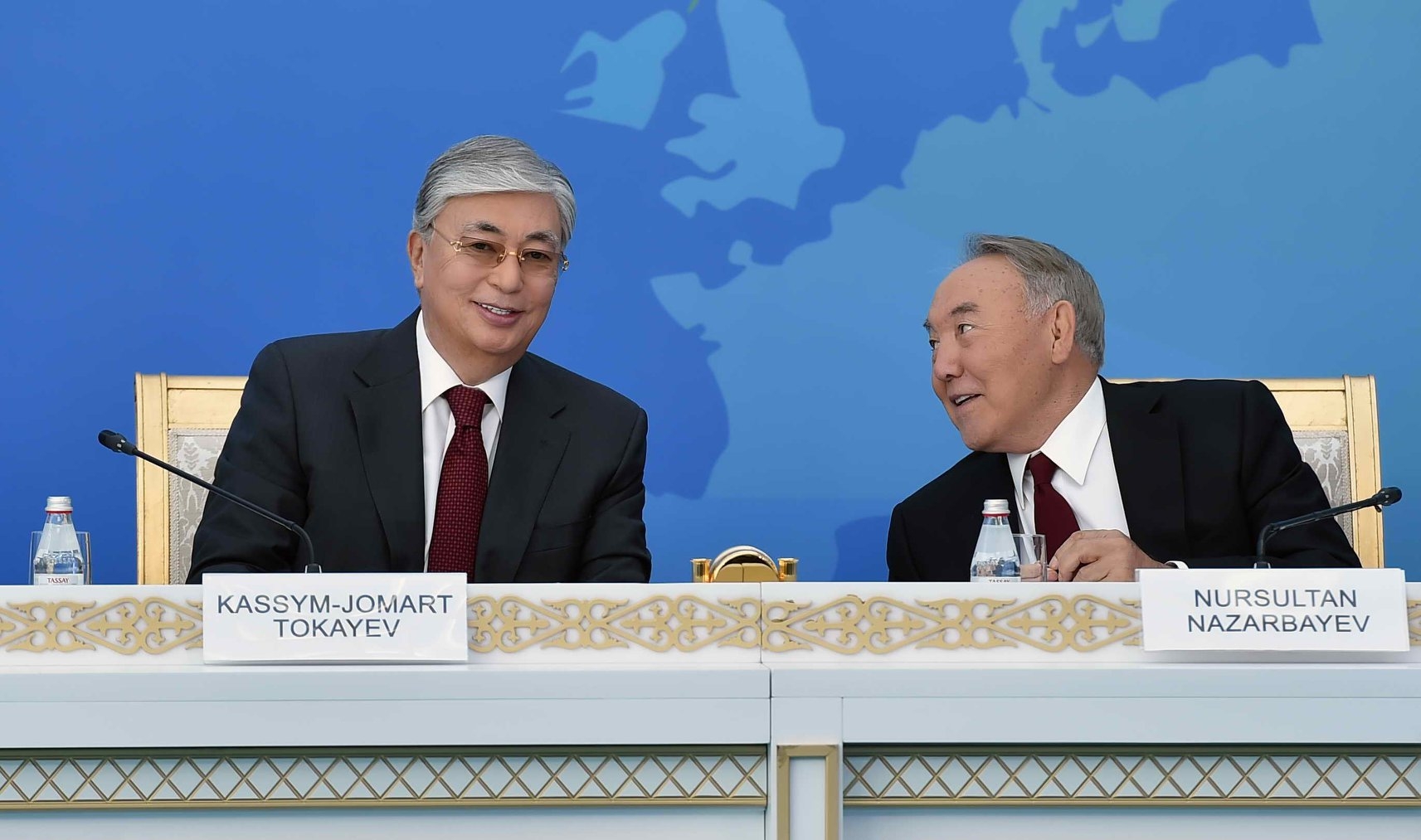 Kazakhstan’s former president is to endure a further fall from grace as the working group currently drafting an amended constitution looks to remove him from the document and strip him of lifetime immunities.

The decision announced on May 4 marks a reversal on earlier plans to allow Nursultan Nazarbayev to retain his hallowed status in the constitution.

“After considering proposals, some members of the working group sent the Constitutional Council further petitions to exclude norms touching upon the status of the first president,” Yerlan Karin, the state secretary, an official close to President Kassym-Jomart Tokayev, wrote on Facebook.

These freshly proposed amendments have now been adopted, he said.

The present constitution accords considerable space to Nazarbayev and his role as founder of an independent Kazakhstan and, moreover, as Elbasy, or leader of the nation, a bespoke honorific devised for him as part of his cult of personality. That role as Elbasy was baked into the constitution in 2017.

These provisions granted Nazarbayev perks more than might have otherwise been accorded to a retired head of state, such as an enhanced pension and a security detail. As Elbasy, Nazarbayev was granted lifetime immunity from prosecution, as were all his close relatives. It became an offense, punishable by a prison sentence, to cast aspersions on his honor and dignity.

All these baubles are poised to disappear.

An earlier proposed update of the constitution had envisioned a partial downgrade for Nazarbayev, but the idea was to retain references to his historic role as Kazakhstan’s founder. In the end, it has been decided that language can go too.

“In the opinion of the members of the working group, the historical role of the first president is well known and does not require separate enshrinement in the constitution,” Karin wrote.

President Tokayev has said approval of the new-look constitution will be put to the public for a referendum on June 5.

All these moves to sideline Nazarbayev are the consequences of the nationwide political unrest that broke out in early January.

Until then, the 81-year-old had retained many behind-the-scenes powers and was understood to hold considerable sway over his handpicked successor, Tokayev. So much so that much of the rage seen on the streets at the start of the year was directed at his person specifically, even though he was not formally in charge of the country. Resentment has festered for many years over perceptions that Nazarbayev ran his regime in the interests of cronies, many of them close relatives, leaving the rest of the population in relative economic hardship.

Nazarbayev’s position was further compromised by insistent speculation around the idea that some of the worst violence had been engineered by members of his own family trying to carve out more power for themselves.

The relentless acquisition of wealth by the Nazarbayev family and their scheming is finally yielding its bitter dividends.