A British court has unfrozen $99 million in property belonging to the former president’s daughter and grandson, only after they spoke more candidly about the sources and scope of their wealth than they have ever done at home. 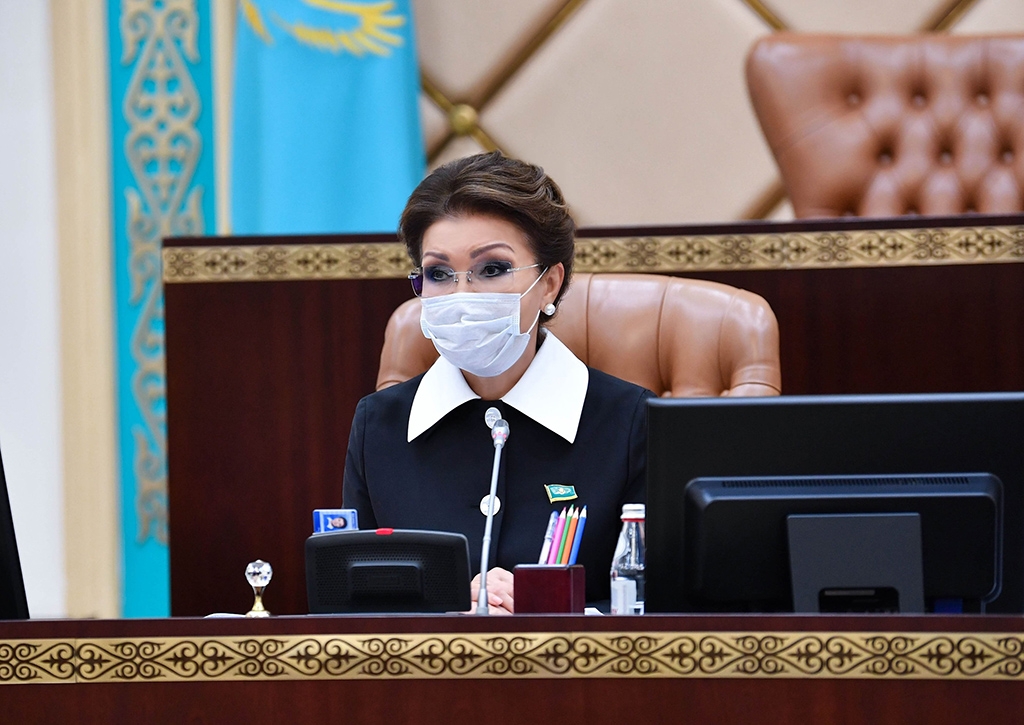 The daughter and grandson of Kazakhstan’s former president have won a legal campaign in the British courts to unfreeze their multimillion-dollar realty holdings in London.

They achieved this, however, only by speaking more candidly about the sources and scope of their wealth than they have ever done in their home country, where probing the holdings of the ruling family is punishable by law.

Anti-corruption activists expressed disappointment at the April 8 ruling at the High Court in London and argued that this should spur the British government into demanding more transparency from people acquiring expensive properties through impenetrable offshore companies.

Mrs Justice Lang of the High Court in London stated in her April 8 ruling that the UK’s National Crime Agency (NCA) had no basis to claim that Dariga Nazarbayeva and her son, Nurali Aliyev, had drawn on the allegedly illegal earnings of Nazarbayeva’s late ex-husband, Rakhat Aliyev, in acquiring three properties in London worth a total of £80 million ($99 million).

In her ruling, Lang dwelled on Nazarbayeva’s history as a businesswoman, which is said to have begun around the start of the 28-year rule of her father, Nursultan Nazarbayev, who stepped down as a head of state in 2019 while continuing to retain considerable powers. Today Nazarbayeva is the speaker of Kazakhstan’s Senate, making her next in line to succeed the current president.

“Since 1992, she has developed a portfolio of business interests predominantly in the areas of food [including sugar], cars, media, banking and real estate development such that in 2013 her net worth was estimated by Forbes Kazakhstan to be [$595 million],” Land wrote.

While explanations for the origin of Nazarbayeva’s riches were largely sweeping, her lawyers were also obliged in making their case to provide more detailed explanations regarding the acquisition of individual assets. One of the properties under review, a house in London’s upscale Highgate neighborhood, was obtained with proceeds from the sale of shares in JSC Kant, a company obtained by Nazarbayeva as part of her divorce settlement with Aliyev.

“The transfer of these shares from [Rakhat Aliyev] to [Dariga Nazarbayeva] took place on 29 June 2007, following her divorce on or about 6 June 2007. The property was purchased in the following year, on 2 April 2008,” Lang wrote.

In the case of another home – a mansion on London’s The Bishops Avenue, known as Billionaires' Row for the number of tycoons owning property there – the funds for the 2008 purchase were said by lawyers making the case against the NCA to have come from a bank loan issued to Nurali Aliyev by Almaty-based Nurbank, which was once owned by his father, Rakhat Aliyev.

Nurali Aliyev was 23 when he acquired that property. He occupied various high-level executive positions at Nurbank from March 2006 to July 2010, according to this LinkedIn account.

The case made by British investigators hinged heavily on the nebulous manner in which the property transactions were made.

“My suspicions … are strengthened by the complex and secretive manner in which [the property at The Bishops Avenue was] … obtained and handled. It was initially purchased outright for a significant sum of money, by a [British Virgin Islands] company incorporated shortly before the purchase. Ownership of the property was transferred in March 2013, in circumstances which were extremely similar to two other UK properties of significant value,” NCA investigator Anita Kelly said in her witness statement. “Ownership was transferred to a Curaçaoan Private Foundation, an entity which is subject to very limited publicity requirements.”

But Justice Lang accepted the argument that Rakhat Aliyev’s contributions toward these realty investments were unproven or inexistent as all ties between him and the Nazarbayev family were severed subsequent to his divorce from Nazarbayeva and the concomitant falling-out between him and the ruling regime.

“Evidence shows that [Rakhat Aliyev’s] connection with Nurbank ceased in 2007, when he was removed from public office, and charged with serious criminal offences, which included the illegal seizure of property belonging to the managers of Nurbank and their kidnapping,” she wrote.

Aliyev, once a trusted lieutenant to President Nazarbayev, had been accused by rights activists of being behind acts of violence and intimidation, usually against opposition politicians, over a number of years before that divorce, including during his stint as the deputy head of the National Security Service, the successor agency to the KGB. Moreover, media outlets controlled by Dariga Nazarbayeva were used to smear critics of the government.

Moves to prosecute Aliyev on charges of murder and embezzlement came only after the divorce, however.

Duncan Hames, director of policy at Transparency International UK, said that the High Court ruling has only highlighted the weakness of British legislation in the face of the flow of what he described as “dirty money.”

“Secretive corporate ownership continues to be a pervasive issue across the UK with tens of thousands of properties owned by opaque offshore vehicles,” Hames said in a statement. “The government should require transparency over who really owns secretive offshore companies holding UK property, making it easier to identify property bought with suspicious wealth and giving the corrupt no place to hide.”

Nazarbayeva, meanwhile, fired off a combative statement through a spokesperson in the wake of the ruling, which she said vindicated her contention that the “NCA’s investigations were flawed” and unfair.

Dariga Nazarbayeva is “deeply disappointed that the NCA thought it appropriate to use the cloak of these court proceedings to make damaging attacks on her reputation and her country, unfairly insulting Dr Nazarbayeva and her 18 million compatriots,” the spokesperson said.

Nurali Aliyev said through a spokesperson that the NCA had “deliberately ignored the relevant information I voluntarily provided and pursued a groundless and vicious legal action, including making shocking slurs against me, my family and my country.”

Things are much easier for the Nazarbayev family in Kazakhstan itself.

Under changes made to the constitution in 2010, then-President Nazarbayev was accorded lifetime immunity from prosecution or even investigation. The assets of his family are also shrouded in secrecy under the constitution, meaning that any journalist attempting to sniff out potentially compromising details can and should expect to be prosecuted and imprisoned.

Irina Petrushova, a veteran, London-based journalist originally from Kazakhstan, said that digging into the Nazarbayev’s riches is both complicated and dangerous. But she said that there are hopes this could change with time.

“Some of this information is bit by bit leaking out. In their investigations, journalists at the [Organized Crime and Corruption Reporting Project], for example, have managed to stumble upon documents related to Kazakhstan,” Petrushova told Eurasianet.

A number of assets held by Dariga Nazarbayeva and Nurali Aliyev in secretive offshore jurisdictions were laid bare following the Panama Papers leak of 2016. In one account published in 2016 by the OCCRP, it was revealed that Aliyev’s offshore interests included two companies registered in the British Virgin Islands. Assets said to be owned by Aliyev, who is now 35, included a 23-meter pleasure yacht registered in the BVI.

This was at the time particularly embarrassing – not that many media in Kazakhstan would have dared to remark on the fact – since President Nazarbayev had while in office repeatedly fulminated against wealthy Kazakhs who held their riches abroad.

Nazarbayev again reprised the theme this week when he issued an appeal against the backdrop of the unfolding coronavirus pandemic for the business community to do its bit.

“Thanks to independence, you created your businesses and acquired prosperity. Now it is your turn to ask yourselves: ‘What can I give back my country?’” he wrote from an undisclosed location.