The dismissal was sudden and unexpected. 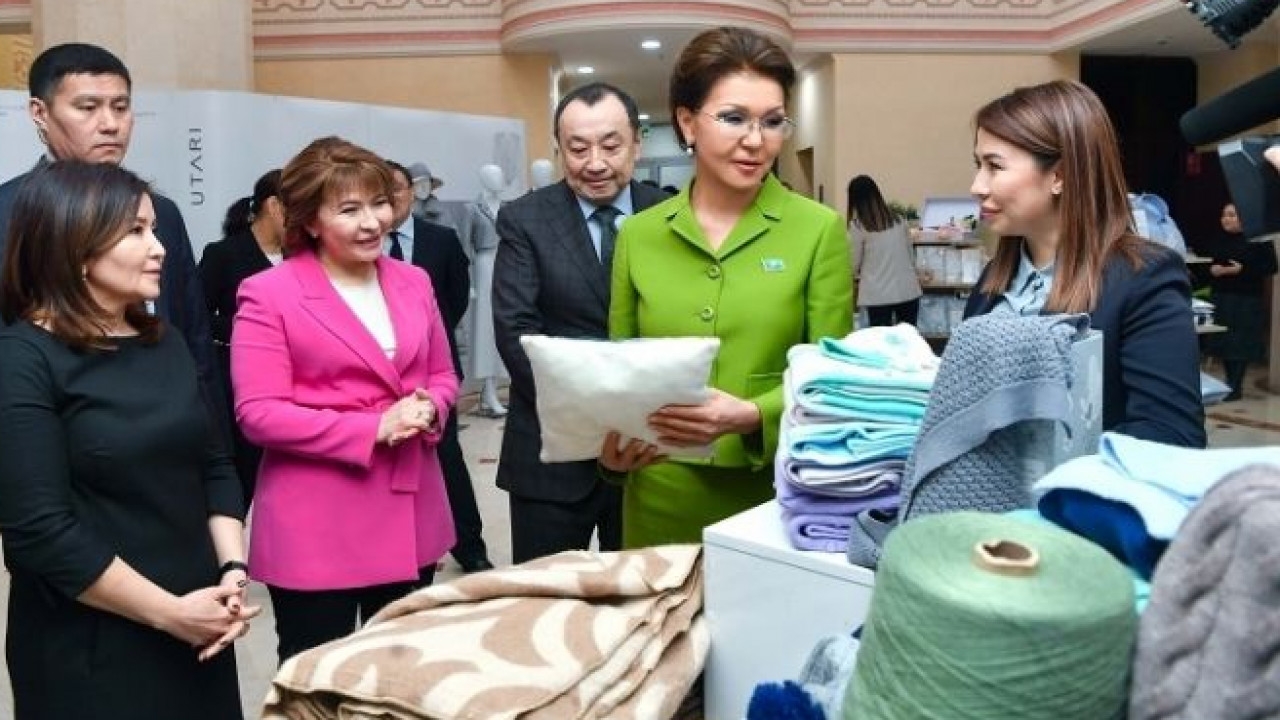 Soft landing? It is unclear what job Nazarbayeva, seen here holding a cushion, will get next, if any. (Photo: Government website)

Kazakhstan’s president has in a shock decision stripped the daughter of his predecessor of her position as chair of the Senate, a move bound to spark fresh speculation about succession.

The May 2 announcement to divest Dariga Nazarbayeva of a role that formally placed her second in the elite hierarchy was made in a perfunctory, single line on the president’s website.

The statement offered no motivation for the dismissal and did not indicate whether Nazarbayeva is to be appointed to another post.

Nazarbayeva, who turns 57 next week, was appointed as chairwoman of the Senate last March in the wake of her father, Nursultan Nazarbayev, stepping down as head of state. The switch-around was read by political analysts as a step in a possible longer-term plan to slide her into the top spot.

The chair of Kazakhstan’s upper house of parliament wields limited formal power on their own, other than by virtue of presiding over the talking shop chamber, but the role is constitutionally important as it is that person that takes over as head of state in the event of an incumbent relinquishing their office.

Conjecture around this unexpected firing is likely to revolve around recent developments involving Nazarbayeva and her multimillion-dollar real estate holdings in London, which have drawn considerable unwanted attention to the vast wealth of Kazakhstan’s ruling family.

The High Court in London on April 8 ruled to lift a freeze on several hugely expensive homes in the British capital owned by Nazarbayeva and her son, Nurali Aliyev. The two achieved this, however, only by speaking more candidly about the sources and scope of their wealth than they have ever done in their home country, where probing the holdings of the ruling family is punishable by law.

The freeze on the three properties, which have been estimated to be worth a total of £80 million ($99 million), was imposed at the behest of the UK’s National Crime Agency, which charged that the homes had been paid for with illegal earnings of Nazarbayeva’s late ex-husband, Rakhat Aliyev. The judge presiding over the High Court determined that investigators had failed to provide evidence for those claims.

Nazarbayeva said through her spokespeople that the “NCA’s investigations were flawed” and unfair.

Attention will now turn to whoever will substitute Nazarbayeva. The replacement will have to be approved by the Senate – in itself also a formality, since the actual decision will in effect be made by the ruling elite. But intrigue will be elicited by that person’s perceived loyalties.

Although Nazarbayev, who continues to retain considerable sway in his capacity as head of the powerful national security council, and incumbent President Kassym-Jomart Tokayev are allies and have never shown obvious sign of mutual antipathy, their governing styles and philosophies are markedly different. Tokayev has pursued a far more hands-on form of rule and toyed with populist measures, such as when he announced last year that he would clear the personal debts of millions of his fellow citizens. Nazarbayev, who owes his position to a vertiginous rise through the ranks in Soviet times, is generally perceived as the more hawkish and illiberal of the pair.

These rival approaches have led political commentators to speak of two camps: Tokayev’s Akorda, the name of the presidential administration, and Nazarbayev’s Library, this being a reference to the Library of the First President.

Aidos Sarym, a political analyst, said it would be of little use to ruminate on the significance of Nazarbayeva’s removal until the identity of the new Senate chair became clear.

“The situation will become more or less clear at the start of the working week, when there is a decision on the new speaker of the Senate: whoever is proposed by Tokayev and whoever is proposed by the Senators for the second post in the country. Only then can we talk about new configurations and the goals of today's rearrangement,” Sarym said.

Although she wielded scant executive powers, Nazarbayeva has been vocal in her views about how the country should be run and has signaled she is committed to becoming more involved in that process.

On April 30, she approvingly cited previous remarks by Tokayev when speaking in the legislature about the need for largescale transformations to the economy and the way the government is run.

“The task, let’s be frank, is extraordinary in its complexity and scope. It imposes special requirements on the collective efforts of the government, parliament, local authorities and civil society,” she said.

Nazarbayeva’s remarks were made in the context of the ongoing coronavirus pandemic, which is wreaking devastation on the state of Kazakhstan’s oil-dependent economy.

“The question of setting priorities arises naturally,” she said. “First of all, there is security. Food security. The public health situation. Import substitution. The fall of oil revenues has objectively curtailed the scope of export, and that means there is a lot that we need to learn to do for ourselves.”

Nazarbayeva even addressed the question of law enforcement, arguing that the problem of crime might have to be addressed by keeping armed units now overseeing the coronavirus lockdowns on the streets for the long term.

“Maybe we should maintain or even bolster the patrols of military and National Guard units for several months. I am sure that city residents would accept this with understanding and approval,” she said.

Making a public example of criminals would another good idea, she suggested.

“We need to have show trials for criminals arrested for theft and mugging, and the penalties should be as harsh as possible,” she said.