Satybaldy is widely suspected of involvement in January's unrest, but he is not being investigated over those events. 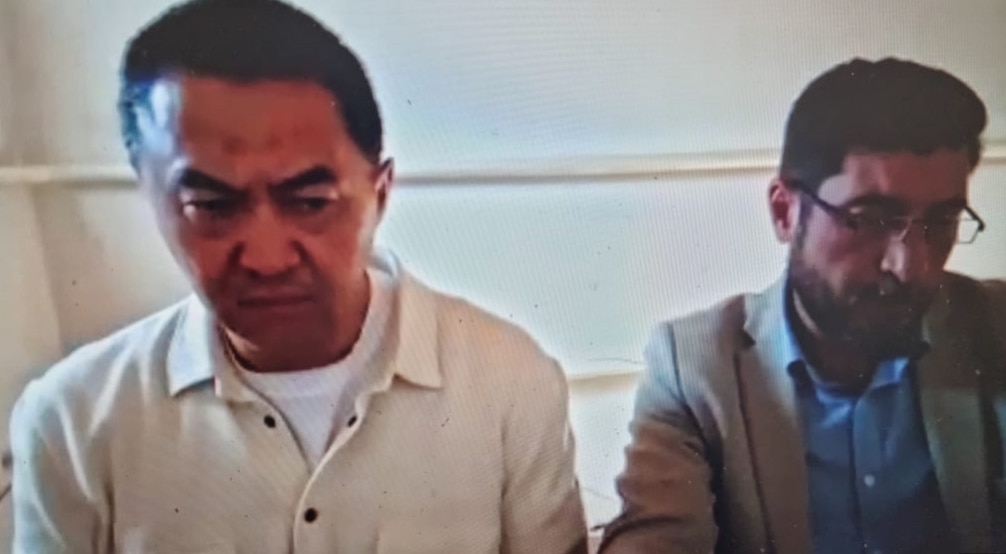 Satybaldy seen at a September 20 court hearing in an RFE/RL screengrab.

A court in Kazakhstan’s capital city has sentenced ex-President Nursultan Nazarbayev’s once-powerful nephew to six years in prison on charges of major embezzlement in a fresh sign of the former ruling family’s fall from grace.

The ruling passed on September 26 also means Kairat Satybaldy will be unable to occupy any public office for a period of 10 years.

Satybaldy, who has now been stripped of his rank as a major-general in the National Security Committee, or KNB, as well as of the honors rendered to him for purported services to the country, will sit out his sentence in a medium-security facility.

In addition to working as a senior government official, the 52-year-old, a son of Nazarbayev’s younger brother, was deemed one of Kazakhstan’s most powerful businesspeople. A Forbes Kazakhstan ranking in 2018 estimated his wealth at $163 million. He was detained in March at Almaty airport while attempting to board a flight for Dubai.

Although this punishment is definitive evidence that the Nazarbayev family is no longer immune to prosecution, frustration may linger that Satybaldy has not been adequately investigated and held to account for his suspected involvement in the political violence that left over 200 people dead at the start of 2022. Satybaldy is a one-time high-ranking officer in the KNB, the former chief of which, Karim Masimov, a long-time Nazarbayev loyalist, is facing closed-doors treason proceedings.

Prosecutors allege Masimov engineered January’s violence, which began with peaceful protests over a fuel price hike in western Kazakhstan before escalating into clashes that saw government buildings burned and shops looted in Almaty and several other cities. Political analysts openly speculate that Satybaldy and other members of the Nazarbayev family may likewise have been involved in a plot to seize power by sowing chaos.

Satybaldy and his four fellow defendants were accused of defrauding the national telecommunications giant Kazakhtelecom and a railway services company to the tune of 12 billion tenge ($25 million) and 28 billion tenge, respectively. Prosecutors say the funds have since been returned to the targeted companies. Satybaldy was the only one among the defendants to get prison time, while the rest were given suspended sentences.

While he is not facing investigation over the January events, Satybaldy could be in for more prosecutions for tax evasion and money-laundering.

Satybaldy’s ex-wife, Gulmira Satybaldy, is similarly in legal trouble. She is currently in detention on charges of expropriating businesses and kidnapping.