Kazakhstan: New Baikonur launch facility to be named after Nazarbayev 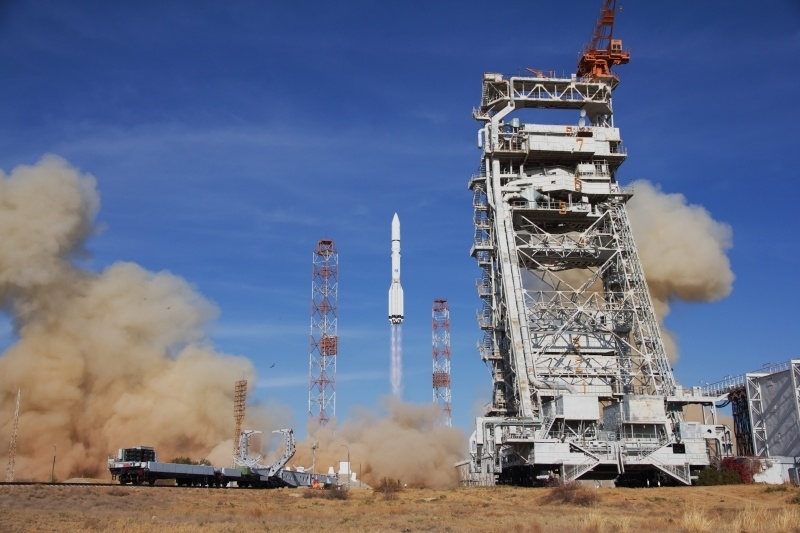 A rocket launch facility set to begin construction next year in southern Kazakhstan is to be named after former president Nursultan Nazarbayev, a senior official has said.

The Nazarbayev Start, which is being built jointly with Russia at the Baikonur cosmodrome, will accommodate new-generation craft designed to have a reduced environmental impact compared to those currently in use.

Digital Development, Innovation and Aerospace Industry Minister Bagdat Musin said on December 14 that a definitive decision on whether the facility will retain Nazarbayev’s name will be made after initial construction work is complete.

The idea to bestow the former Kazakh leader’s name upon the launchpad appears to have initiated with Russian President Vladimir Putin in 2019.

The intended purpose of the new platform is to launch Soyuz-5 vehicles, which will run on relatively clean naphthyl fuel, instead of the toxic heptyl required by the heavy-lift Proton rocket currently used to carry heavy cargo into space.

Spills of heptyl rocket fuel over Kazakhstan’s land in the past have bred strong resentment over operations at Baikonur, which is under lease to Russia until 2050. Moreover, Kazakhstan has seemingly struggled to secure adequate compensation for these incidents.

Construction of the new complex has been serially delayed since an initial agreement on the project between Kazakhstan and Russian was reached in 2004. Cost estimates have ballooned around sevenfold to $2 billion as the joint developers failed to agree on what launch vehicle was to be used at the facility.

Nur-Sultan and Moscow only managed to resolve all their differences on October 2020, at which point they inked a definitive agreement.

Kazakhstan has undertaken to spend 91 billion tenge ($208 million) on an overhaul of the launch complex on which Nazarbayev Start is to be built, while Russia is developing and constructing the Soyuz-5 at an estimated cost of $916 million. Russia has committed to launching craft from the Nazarbayev Start at least twice yearly over the period of a decade, ensuring predictable revenue, Musin told lawmakers in November.

The thinking of Kazakh officials is that this project will not only be a money-spinner, but that Kazakhstan will in time evolve from a mere leaseholder of space-launching infrastructure into a full-fledged operator equipped with the skills to independently offer launch services to other paying customers.

Construction of what is, for now, being known as the Nazarbayev Start is slated to begin in March and be completed a few months before flight tests start in December 2023.

Russia is especially eager not to see those deadlines slip.

“It is extremely important for us to see the light at the end of the tunnel,” Roscosmos space agency chief Dmitry Rogozin said at an intergovernmental commission meeting in Nur-Sultan on December 13.