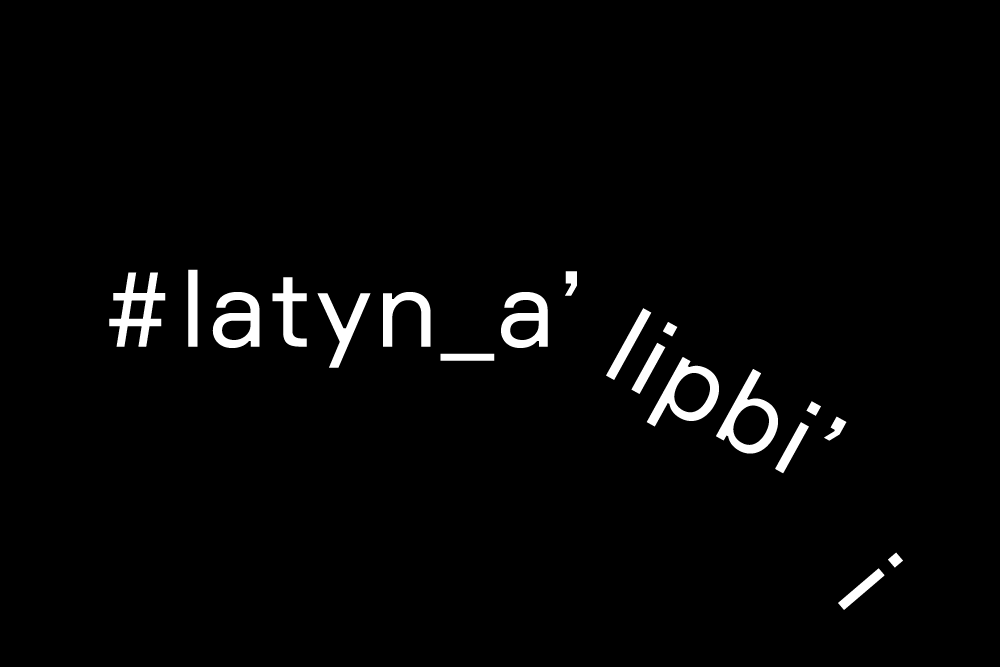 Just weeks after making its debut, Kazakhstan’s provisional Latin alphabet is drawing widespread criticism, even from those who strongly support the Latinization of the written language. Discontent is running especially high among Internet users, who say the new alphabet is incompatible with Web-based social and economic activity.

President Nursultan Nazarbayev announced in the spring that the country would fully transition from Cyrillic to Latin letters by 2025. Parliament got behind the plan earlier this fall. Prior to the rollout in late October, two versions of a Latin alphabet had been discussed, one using diacritics, much like the Turkish alphabet, and one reliant on digraphs to avoid the need for special characters. Instead, the government opted for a third version, one that uses apostrophes to denote vowels and consonants specific to Kazakh.

Officials characterize Latinization as needed to encourage the use of the Kazakh language internationally and online. The concept of Latinization also has enjoyed strong support from those plugged into global economic and intellectual trends.

“As someone who grew up in the era of Kazakhstan's independence — a period marked by Westernization and globalization — I wholeheartedly support Latinization,” said Erden Zikibay, an artist and language activist. Using a Latin alphabet can serve to “elevate the perception and prestige of the Kazakh language from its current marginal, secondary status to one where it could start to hold its own against Russian, English, etc.”

Although the use of apostrophes in the existing, government-backed version of the Latin alphabet was ostensibly motivated by practical concerns — the new Kazakh alphabet is geared for the standard QWERTY keyboard — critics like Zikibay contend that the officially approved script gives rise to a range of problems that undermine the reform’s fundamental goals.

Zhar Zardykhan, a professor at KIMEP University in Almaty, concurred with Zikibay. “The idea of Latinization in and of itself is timely, useful, and popular — but only if the government is capable of selecting and developing a reasonable option,” he said. “Unfortunately, the apostrophe version demonstrates that the government has not yet risen to that level.”

According to Zhanar Serikpayeva and Darina Baimukhanova, graphic designers who run their own design firm in Almaty, the new Latin alphabet will have negative repercussions for anyone working in the digital sphere. “If we, a Kazakhstani company, want to manage our files in Kazakh, we will be unable to do so. It would just be impossible,” Baimukhanova said.

Like many entrepreneurs, Baimukhanova and Serikpayeva use cloud services that do not support apostrophes in file names. Apostrophes also present problems for email address and domain names. In addition, logins and usernames for the vast majority of social networks do not support apostrophes, and neither do hashtags. To overcome these limitations, Serikpayeva contends that users will have to translate from Latinized Kazakh to the English-language Latin alphabet. Or they may simply use English or Russian instead.

“What is the point of transferring Kazakh to a Latin alphabet if people will still have to use a different Latin alphabet whenever they use the Internet?” she said. “In today’s world, how can you fail to take into account the digital sphere?”

Many say the new alphabet will slow down typing on computer keyboards and present even greater problems on mobile devices. On an iPhone, for instance, typing an apostrophe on the standard built-in keyboard requires switching from the letter side to the number side.

Given that many Kazakh words will include multiple apostrophes, writing in Kazakh will require constant switching back and forth. “No one is going to do that,” Serikpayeva said. “In practice, people don’t do things that are inconvenient. People just won’t use it. There is no way to force people to write their WhatsApp messages using apostrophes.” She thinks that people will either continue using Cyrillic in their written communications, or turn to a kind of “colloquial Latin” that is more user-friendly.

Critics also cite the negative impact apostrophization will have on readability.

“In an agglutinative language such as Kazakh, grammar works by adding suffixes to a root and, as a result, words can get pretty long. Needlessly elongating them with apostrophes will only make Kazakh words more difficult to read and pronounce,” said Zikibay.

Dauren Shubayev, a copywriter who works with both Kazakh and Russian (advertisers are required by law to use both languages in most cases) is not opposed to Latinization, but also sees the apostrophized alphabet as presenting problems for readability.

“One of the primary problems in advertising is maintaining the viewer’s attention,” he said. “I worry that with the new alphabet, it will be easier for everyone to just read the Russian version of the text.”

Serikpayeva and Baimukhanova said that from a design viewpoint, it is important to consider the balance between light and dark in a text, along with the space between letters. “Printed text should look very even in terms of mass. It is crucial to think about the amount of space between letters so that there are no unnecessary white gaps, because they violate the visual integrity of the text. Apostrophes break up words so that you get blank spaces within a word,” Serikpayeva explained. The result is, as Serikpayeva put it, “complete chaos.”

Despite widespread concerns, many worry that the reform is a done deal, especially after a new version of President Nursultan Nazarbayev’s book, Jyldar Men Oi’lar, transcribed into the apostrophized Latin alphabet, was officially presented at the National Academic Library in Astana on October 30—a mere three days after the alphabet was introduced.

Some are optimistic that the government may yet respond to popular pressure. “Nothing has so completely annoyed people as the apostrophe version of Latinized Kazakh,” said Zardykhan of KIMEP University. “I don’t think this version will last long. It is completely devoid of any technical, aesthetic, or cultural rationale.”

Maria Blackwood is a PhD candidate in History at Harvard University. She is currently based in Moscow as an Alfa Fellow.