Activists say they are disappointed by the bill. 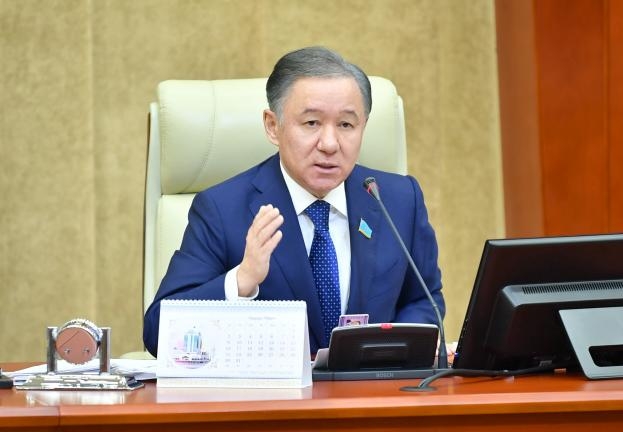 Parliament in Kazakhstan has approved the first reading of draft legislation that is meant to simplify the process for holding public rallies, but which activists say does little to address existing restrictions.

Seemingly dismissing such negative assessments, Nurlan Nigmatulin, the speaker of the lower house, which is known as the Majlis, argued on March 26 that the proposed changes were “in conformity with the concept of a ‘listening government.’”

The legislation was drawn up by the Information Ministry at the behest of President Kassym-Jomart Tokayev, who said in December that “the time had come to instill a culture of meetings in the public consciousness.”

This was widely read at the time as a possible precursor to liberalization, since the authorities have historically regarded political activities that it has not directly organized itself with deep suspicion. Even now, a small, unauthorized gathering can end in unruly scenes of arrest and is punishable by fines and time in jail.

One key provision of the draft legislation is that certain rallies will no longer require formal permits, and organizers will simply have to notify authorities in advance.

To the dismay of activists, however, this would-be concession has come with considerable strings attached.

The number of participants, for example, may not exceed 250. Any more than that and organizers will need to get a permit, as they do now. Officials almost never grant those permits to groups and political activists it deems suspect. In the rare cases that consent is granted, officials require that the event be held in remote, out-of-the-way locations, thereby minimizing the impact of the demonstration.

The closed number requirement has caused much bemused exasperation.

“Why 250? Why not 300, or 500? This is a very small threshold that is easy to exceed. And what will happen to organizers if 256 people gather at a demonstration? Who is going to be counting?” political analyst Talgat Kaliyev asked during a recent roundtable on the draft bill.

Indeed, it is unclear how organizers are themselves supposed to enforce the restriction of attendees, given how political rallies invariably take on a life of their own in ways that are often impossible to accurately predict in advance.

An official commentary attached to the bill describes 250 as a useful cut-off point since a rally of that size would, in the drafters’ estimation, be sufficient to make a point and draw attention.

The document approved on March 26 introduced an amendment requiring local governments to include details on their websites about locations eligible for rallies. The legislation explicitly states these may not include anywhere near a military facility of any kind.

Many are skeptical that the government is serious about its stated liberalization agenda and point to recent developments in making their point.

News website Vlast.kz reported on March 26, for example, that Andrei Pakhotnov, a resident of Almaty, was fined 132,550 tenge ($300) for involvement in "an unregistered movement." Pakhotnov self-describes as a supporter of a recently formed group called Koshe Partiyasy (Party of the Street), which has focused its rhetoric to date on criticizing the government and demanding the release of what it describes as political prisoners. Another political activist, Kanat Zhakupov, wrote on Facebook that same day that he had spotted men in police uniforms standing guard outside his home.

And activists who took part in an anti-government rally on March 18 are facing sanctions for violating the terms of a state of emergency introduced some days earlier in the wake of a coronavirus case being confirmed, RFE/RL’s Kazakh service, Radio Azattyq, has reported.

Indeed, where the government has struggled to dampen the ardor of the government’s critics, COVID-19 has been more successful. People who had hoped to go to the streets have switched instead to online forms of protest.

“We stopped holding rallies as we don’t want to endanger the lives of people. But we constantly keep in touch through social networks and by phone,” Zhanbolat Mamai was quoted as saying by Azattyq.

Askhat Zheksebayev, a Koshe Partiyasy activist, said his movement will remain active, but do so remotely.

“We will shoot videos, flash mobs, and do challenges. Our demands have not changed. The only thing we cannot do is picket,” he said.