People gathering in the capital to demand a further investigation were detained by police. 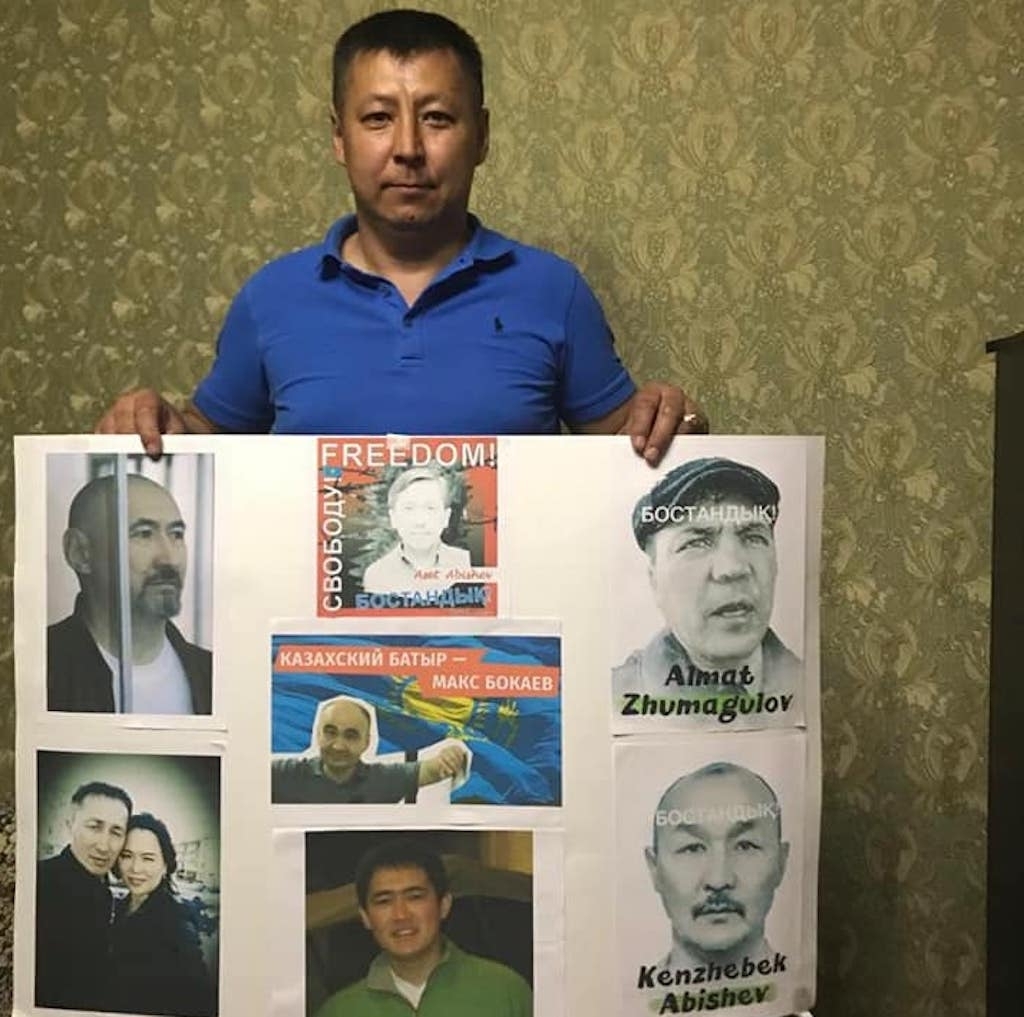 Officials in Kazakhstan have poured scorn on mounting allegations that a political activist who lost his life earlier this week while in police custody had been subjected to violent treatment.

The deputy prosecutor for the city of Nur-Sultan, Eldos Kilymzhanov, said on February 28 that lesions seen on Dulat Agadil’s body were indicative of a natural death and are the kinds of marks that would appear after cardiac arrest, news website Nur.kz reported.

The remarks are threatening to ignite more rage over a death whose cause is not yet fully understood.

A five-minute video clip showing Agadil’s body lying in the morgue has been circulating on social media and through messaging apps. The images have given fresh impetus to online speculation that the activist, a 43-year-old father of six who was detained by police on the evening of February 24, could have been assaulted by his jailers.

Activist Bakhytzhan Toregozhina demanded the immediate resignation of Interior Minister Yerlan Turgumbayev and for the agents who detained Agadil to be arrested.

“Dulat was beaten savagely and without mercy. He was protecting himself – [marks on] his wrists clearly attest to that,” Toregozhina wrote on Facebook.

Similar suspicions helped fuel the impromptu rallies and marches that took place following Agadil’s funeral on February 27 in Talapker, a village on the northwestern edge of Nur-Sultan. More than 1,000 mourners reportedly attended.

Several dozen gathered at the local prosecutor’s office and the city hall in Almaty.

In Nur-Sultan, police detained some 40 people returning to the city from Agadil’s funeral to register their anger at the death and to demand a thorough and independent investigation, according to KazTag news agency. Detainees included former MP Serikbay Alibayev and human rights activist Talas Sagimbayev.

But at his press briefing, Kilymzhanov lashed out at the people who released the video footage of Agadil’s body, saying that this had violated the wishes of the late activist’s family. He disputed talk of a cover-up and said that an autopsy had been carried in the presence of Agadil’s brother and two independent specialists.

“We have already made the findings public. The cause of death was severe cardiac failure. A definitive evaluation based on the forensic examinations will be provided as soon as possible,” Kilymzhanov said.

Agadil was routinely hauled into jail, ultimately in connection with his suspected links to the banned Democratic Choice of Kazakhstan, or DVK, political party.

According to the calculations of RFE/RL’s Kazakh service, Radio Azattyq, Agadil had spent over 60 days in detention in the last year or so.

For the most part, these offenses were directly or indirectly related to Kazakhstan’s draconian laws on freedom of assembly.

Officers on this occasion detained him because of an alleged violation of the terms of his house arrest. That house arrest, in turn, was linked to contempt of court charges that date back to January.

In recent times, Agadil and other activists had affiliated themselves with the Koshe, or “Street” party, a decoy to shield activists from the ramifications of supporting DVK, a movement that is headed by exiled regime foe Mukhtar Ablyazov and that was in 2018 designated as extremist by a Kazakh court.