A blaze that killed five small children was blamed on a faulty chimney. 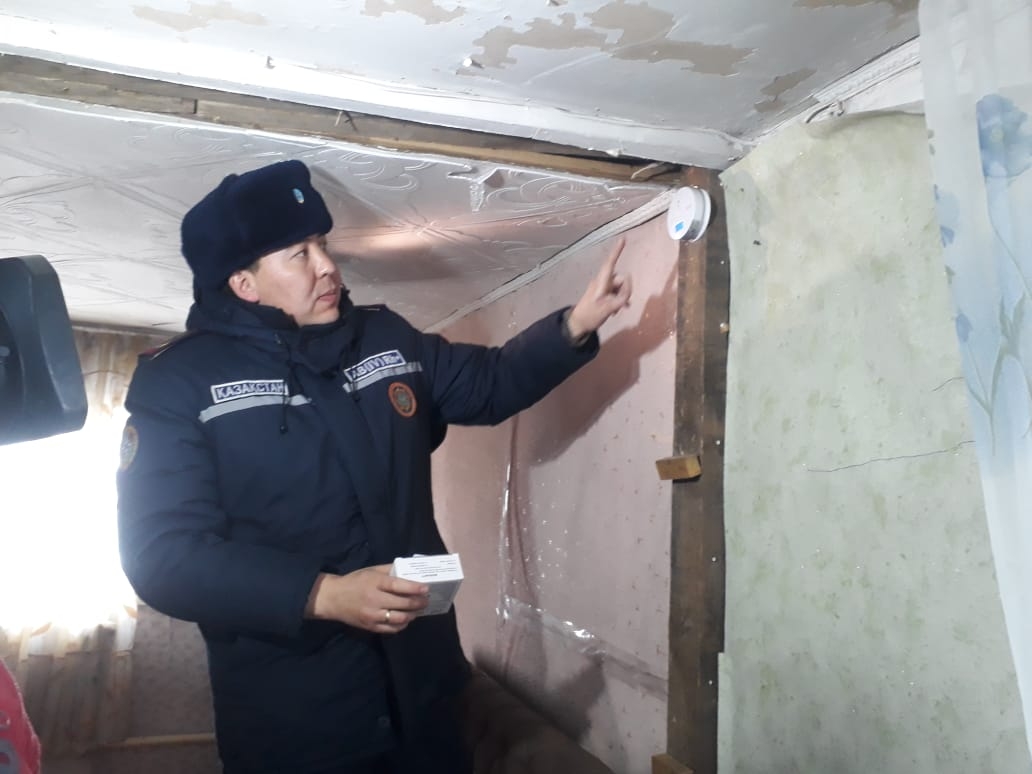 As the furor rages on in Kazakhstan following a blaze in the capital earlier this month that claimed the lives of five small girls, it appears officials hope to brave things out.

On February 10, Zhasulan Aktayev, a senior official in the Emergency Situations Committee, came forward to provide a definitive cause for the fire that had occurred six days before.

“The fire happened because of a violation of fire safety regulations when the chimney was installed,” Aktayev said in remarks carried by Astana TV.

Many of the cramped homes in Astana’s poorer districts still rely on coal-fired, jerry-built stoves for heating. The house where the small girls — the youngest of whom was born only last year — lived was one such dwelling in the Saryarka district of Astana. Seven people in total lived in the rented accommodation.

Aktayev said the flue of the chimney had been put in place incorrectly, affecting the performance of the stove and giving rise to the fire that burned down the entire home. And this is a common occurrence, it seems. Of the 15,000 reported fires that occur in Kazakhstan every year, 70 percent happen in makeshift homes, Aktayev said. The number of reported blazes increased by 20 percent in 2018. This January alone, 116 people died in house fires.

On the night of the Astana fire, the father of the young girls was called away to work on the night-shift as a mechanic. He left the stove on to keep his children warm. Their mother works at a factory making plastic cards.

When asked by reporters why the parents were working the night-shift, the Deputy Employment and Social Protection Minister Svetlana Zhakupova replied curtly: “It’s their choice.”

This kind of reaction has generated considerable rage among a public appalled by the lack of support provided to parents of multiple children. Boosting birth rates and the size of Kazakhstan’s population has been an explicit policy goal for the government. But promises of financial assistance have fallen far short of expectations.

In January, Employment and Social Protection Minister Madina Abylkassymova declared that cash benefits for mothers with four or more children would increase by 5 percent, around 700 tenge ($2). The current rate is around $43 per month — an amount that covers all the children, regardless of their number.

“Other countries don’t really have such state aids, with the exception of mother’s capital in Russia. If you add all the years up, mothers receive several million tenge,” Abylkassymova said.

This misleading remark did not go unnoticed.

“The hair-dos and manicures of government officials cost more than our child benefits,” Aida Iskakova, herself a mother of several children, said at a grassroots assembly in Astana. Similar meetings of indignant mothers have reportedly taken place in Almaty, Aktobe, Karaganda and Shymkent.

Social media is bubbling over with calls for Abylkassymova to resign. The clamor became even more intense when the minister appeared on the cover of the February issue of Forbes Kazakhstan magazine within days of the fire.

“In our khanate of a state, a government official can brag with a Forbes cover. Or become the head of a national company after being humiliated,” wrote one Facebook user, Azamat Yergali.

In a bid to be seen doing something following the February 4 fire, officials in Astana quickly deployed a campaign to install fire detectors in the homes of low-income families.

Looking nationwide, the authorities will have their work cut out for them. On February 7, four people, including two children, died of carbon monoxide poisoning at a two-story house in the Pavlodar region. A faulty stove there too was found to be the cause for the fatalities. And then on February 9, another fire broke out at a communal housing unit in Astana. Four children were treated for carbon monoxide poisoning.

And these events do not just hit the poor. In 2017, a family of four died as a result of a fire in a high-end apartment block in Astana built by HighVill realty company.