Only a tiny fraction of the population has got the jab so far. 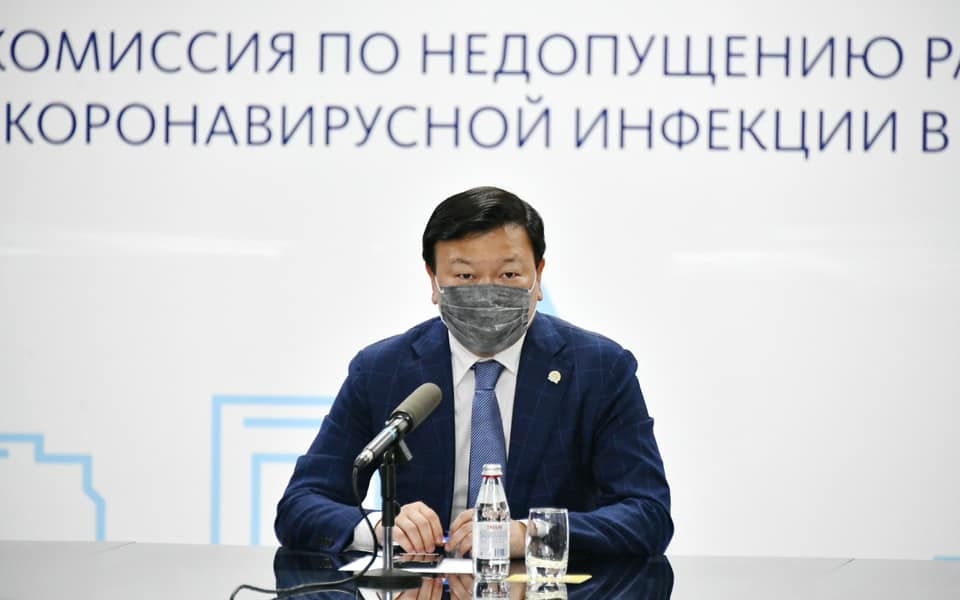 Kazakhstan’s president is fuming over the slow pace of the coronavirus vaccination program as the country reports a sharp surge in new cases.

At a government meeting on April 1, President Kassym-Jomart Tokayev lambasted Health Minister Alexei Tsoi, noting that only 137,000 people – a minute percentage of an overall population of almost 19 million – have received a jab. A fraction of that total, 47,000 people, have got two doses.

“In April, you must turn the tide, otherwise a personnel decision that is going to be very disappointing for you will follow,” Tokayev told the minister. “And this applies not only to the health minister, but to the government as a whole too."

Kazakhstan saw a surge in the number of reported daily cases toward the end of March. On the last day of the month, health officials reported a high for 2021 of more than 1,600 known new infections. That is around double the average daily figure in February.

Officials have attributed this spike to the appearance in Kazakhstan of a series of highly infective variants of COVID-19, including the Brazil variant, the UK variant and the South Africa variant.

Lax attitudes among travelers may be at the heart of this problem. According to Tokayev, in November, only around 7 percent of people arriving in Kazakhstan were found not to be carrying a negative PCR-based test result. This figure has now jumped to 27 percent.

Local officials in the business capital, Almaty, say they are seeing three times as many COVID-19 patients in their hospitals as they were during the previous peak in July.

And the Health Ministry fears that worse is to come. In a forecast released to the public on April 1, it stated that its most realistic prognosis for the coming three months is that 140,000 people could become infected over that period. Their worst-case scenario envisions 370,000 infections.

Tokayev’s warnings suggest grim possibilities. He said that the country’s intensive care units are only equipped with 64 percent of the drugs and equipment required by best standards.

It has likely not helped that authorities have consistently sought to downplay the scale of the problem. A sample study carried out in several cities – Almaty, Kostanay and Oskemen – found that out of the 7,000 people tested for COVID-19 antibodies, which indicate that an individual may have at some point been infected, even without realizing it, anywhere between 40 percent and 61 percent were found to have them.

This offers no certainty of herd immunity, however, as attested to by testimonies shared on social media by people reporting repeat infection.

One upshot of the rise in new cases may be that it is slowly eroding widespread anti-vax sentiments, although this perversely brings its own problems too. Photos of people in line for their jabs in crowded and badly ventilated waiting rooms are proliferating.

The vaccination program began at the start of February and was initially targeted at select frontline workers, such as medics, law enforcement personnel and teachers.

The Health Ministry is so far using Russian-made Sputnik V. Even doses being manufactured under license at a plant in the central city of Karaganda are not enough to ease the shortfall, though.

Indeed, by the end of March, Almaty’s chief sanitary doctor, Zhandarbek Bekshin, was reporting that that there were not enough doses to go around and that citizens should not expect a mass vaccination program any time in the near future.

There have at least been some developments with Kazakhstan’s own home-made vaccination.

The Deputy Ministry for Education and Science, Miras Daulenov, announced on March 31 that they have decided to name it QazVac, instead of the previous trademark name of QazCovid-in.

Daulenov said that this name would make the vaccine more palatable to the public.

“For that reason, you will more often be coming across that name,” he told journalists.

QazVac, or QazCovid-in, is still undergoing testing, which is scheduled to come to a close by July 9. Fully 25,000 people will get the QazVac jab in April. The monthly figure will go up to 50,000 in June and then 425,000 in July, according to officials.