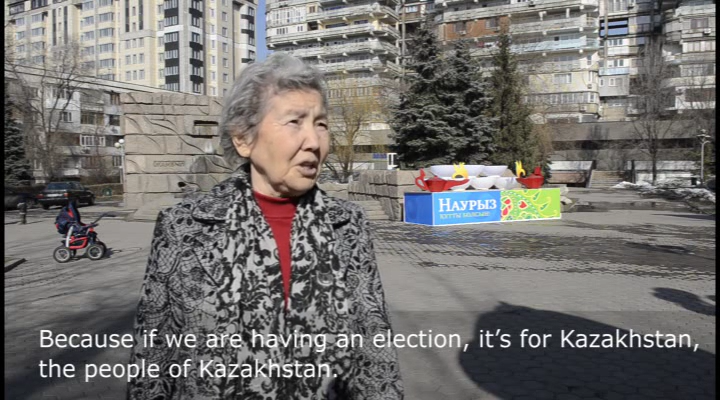 Kazakhstan’s president, Nursultan Nazarbayev, caught his critics, including opposition political leaders, non-governmental organization activists and youth group members, off-guard with the decision to hold a snap presidential election April 3. The surprise helped keep administration critics from coming together for the presidential campaign, resulting in mixed messages being sent to the electorate.

While some opposition parties and leaders have agreed to boycott the vote, which they claim is unconstitutional, others believe that staying away from the polls would be damaging to the political process. Although the anti-boycott segment of the opposition has declined to field a candidate, its leaders say that participation in the election could improve the chances of the Nazarbayev’s political opponents winning seats in the next parliamentary election.

Dean C.K. Cox is the photo editor for Eurasianet. Joanna Lillis is a freelance writer who specializes in Central Asia.