Police deny they were given orders to confiscate balloons. But they're not very convincing. 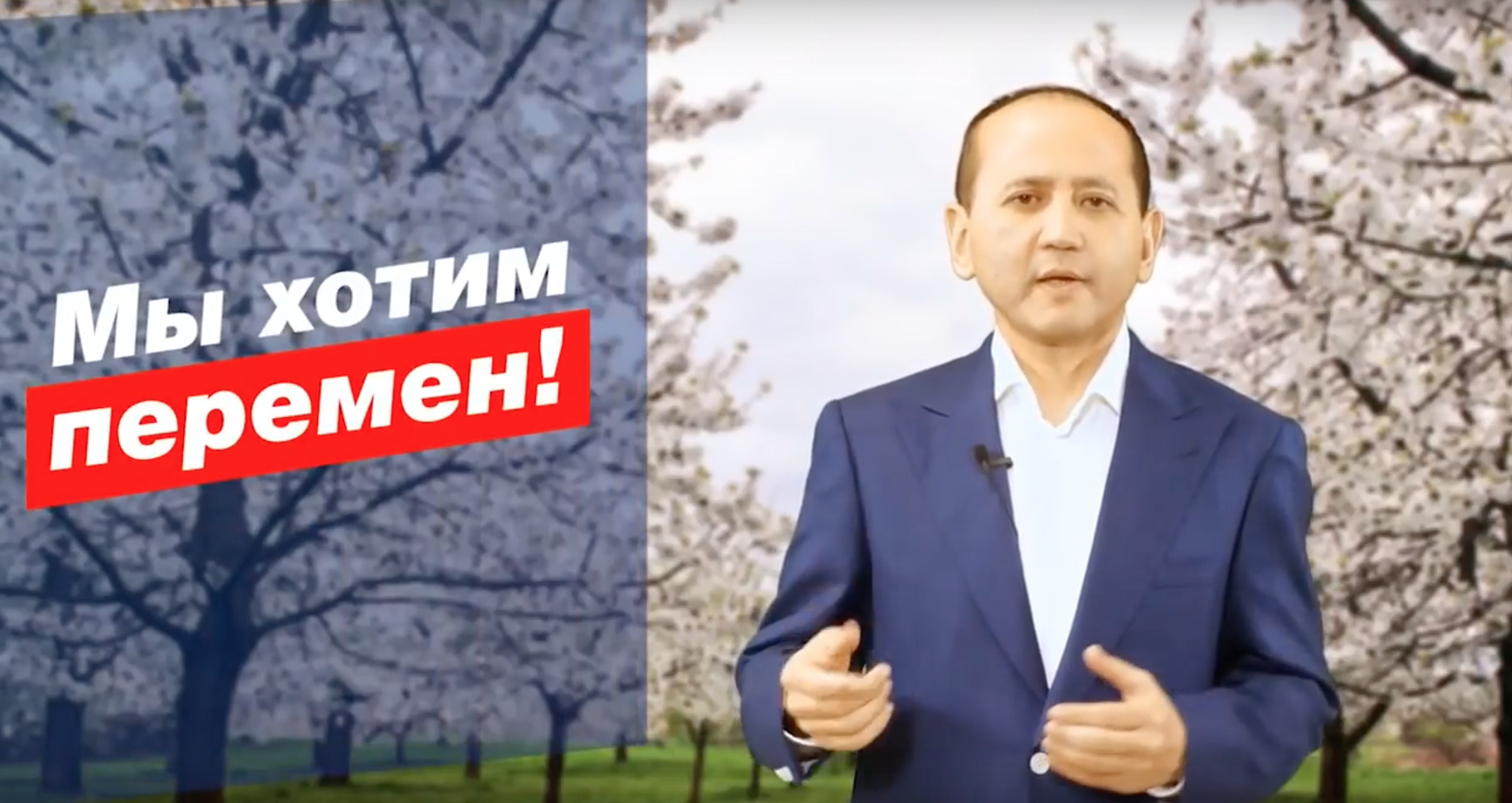 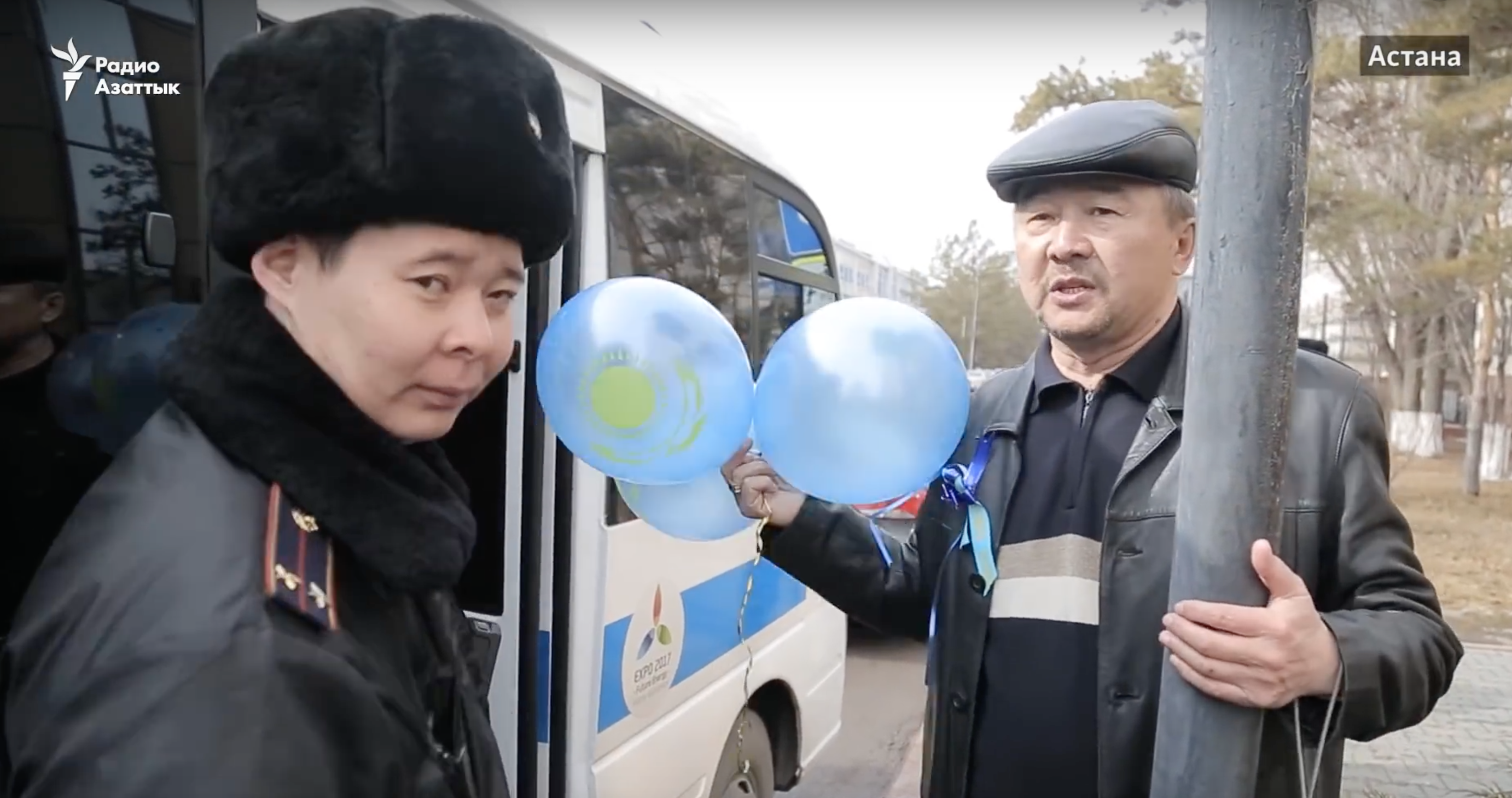 Screengrab from a Radio Azattyq report on how police stopped members of the public carrying blue balloons.
prev
next

When Kazakhstan’s Public Enemy No. 1 ordered his supporters to brandish blue balloons at recent holiday celebrations in support of his banned political movement, police sprung into action.

According to media reports, an unspecified number of people, some of them only a few years old, were stopped by law enforcement officers while out strolling, balloons in hand, at Nowruz festivities in the capital, Astana.

On March 26, a representative for the police feebly denied that the instructions to quiz offenders and confiscate toys had been issued by the Interior Ministry.

“The local police is subordinated to the [city] administration. They should answer. This is a question for [them],” Interior Ministry spokesman Almas Sadubayev was cited as saying by Tengri News in a half-hearted denial.

Authorities in Kazakhstan have for many years been obsessed with the perceived risk to their standing posed by Mukhtar Ablyazov, a politician and businessman believed to be based in an unspecified location in western Europe. Since emerging from prison in France in 2016, following unsuccessful extradition appeals by Russia, Ablyazov, who is an unceasing critic of President Nursultan Nazarbayev, has taken his politicking to the internet.

In his latest stunt, he posted a video appeal to YouTube urging all his supporters to hit the streets with balloons the color of the national flag during Nowruz spring holiday street parties. The gesture, he said, would mark solidarity with his Democratic Choice of Kazakhstan, or DVK, movement, which was formally dubbed extremist by Kazakhstan’s courts earlier this month. That court decision make it an illegal act to display any materials promoting the DVK.

“You will understand what a wonderful feeling it is to be the master of your own country and to feel a part of change,” Ablyazov declared sententiously.

Gauging quite how much support Ablyazov truly enjoys inside Kazakhstan is a fool’s errand. Unless it is to report on his alleged crimes and plots, as detailed by the government, media almost never mention his name. In truth, if he is one of the country’s best-known political figures, it almost entirely down to the endless demonization campaign pursued by the authorities.

The balloon appeal had, as of March 27, been watched more than 160,000 times on YouTube alone, which is grounds for assuming his profile is not insubstantial. But the idea he might have been able to rouse countless people into a bold political gesture seems deeply fanciful.

Nonetheless, Ablyazov appears to have claimed the reported police crackdown on balloons as something of a moral victory.

“People whose job it is to fight against criminality today waged war against peaceful people celebrating in our country. They even took children to police stations. And all this is happening against a backdrop of incessant looting, violence and murder,” he wrote on Facebook.