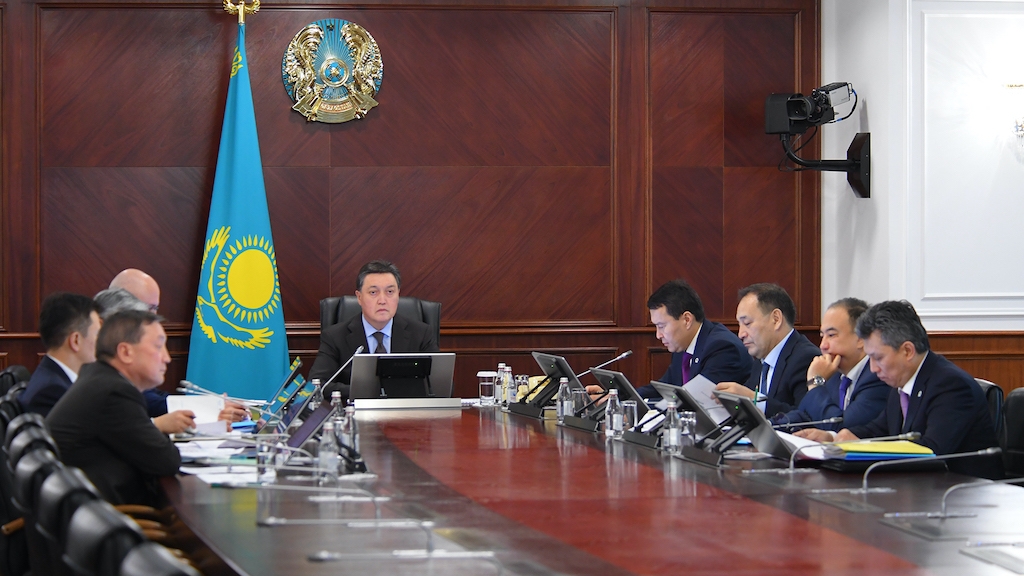 Kazakhstan’s government has unveiled a response package to limit the impact of the coronavirus crisis on the economy as it imposes sweeping restrictions on movement in line with advice from international health experts.

As of midnight on March 19, Kazakhstan’s two largest cities, Almaty and Nur-Sultan, will be placed on lockdown.

Flights and train travel outside the cities have been suspended and restrictions will be in place for anybody seeking to enter or exit. People will still be allowed to leave home, although shopping centers, cinemas and sporting facilities will be closed. Restaurants will only be allowed to carry out home deliveries.

To make matters worse, prices for Kazakhstan's most important export commodity, oil, cratered again on March 18, sinking to below $26 per barrel

Kazakhstan’s anti-crisis package, which was outlined on March 17, is targeted at easing the pain for the private sector by providing cheaper credit, tax incentives, cutting back on audits and promoting employment.

Major retail outlets, cinemas, theaters, sports facilities and other businesses being forced to curtail activities over the coronavirus scare will be exempted from paying property taxes for one year and interest on loans for one financial quarter.

The reserve of state-issued credit for the output of staple goods, which is already being disbursed under existing government programs, is being upped from 600 billion tenge ($1.5 billion) to 1 trillion tenge. Interest on that credit is being lowered from the current range of 13-15 percent to 6 percent.

Value-added taxes are to be scrapped for business importing agrarian goods, such large cattle and breeding chickens. Around 7,000 producers of agricultural goods are to be exempted from land tax payments.

Banks will be required to allow businesses and entrepreneurs experiencing liquidity problems to defer repayment on loans until after June 15.

The government has also said it is setting aside 300 billion tenge ($750 million) for infrastructure spending to provide 120,000 jobs, exclusively for nationals of Kazakhstan. It provided no timeframe.

President Kassym-Jomart Tokayev has again instructed his government to deal firmly in avoiding artificial price rises for staple goods, which have become the object of bulk-buying in recent days. On March 18, the government announced that it has begun taking steps to ensure the duty-free import of what is has dubbed "socially important food products," such as meat, vegetables, cereals and dairy products.

On this last point, there are some skeptics. Margulan Seisembayev, a businessman and former banker, wrote on his Telegram channel that the attempt to control prices in a situation where the national currency is experiencing sharp turbulence is an overly Soviet-style approach. He was likewise critical of attempts to intervene in the labor market by preventing mass layoffs, describing it as a measure that could drive companies out of business.

“Is there anybody in the government who has any understanding of how the private sector works?” he wrote.

Uzbekistan has borrowed a leaf from Kazakhstan’s book in offering the prospect of a salve for the private sector, although the details of its anti-crisis strategy are more vague.

President Shavkat Mirziyoyev said at a government meeting on March 18 that a special government working group is adopting measures to grant tax holidays to companies working in tourism, transportation, pharmaceuticals and light industry. He said debtors should have the terms of their loan repayment reviewed and that fines for overdue debt should be waived.

Plans to support industry and large enterprises experiencing difficult were likewise floated, but the details have yet to be worked out.