Libel will still land offenders in jail for up to 25 days. 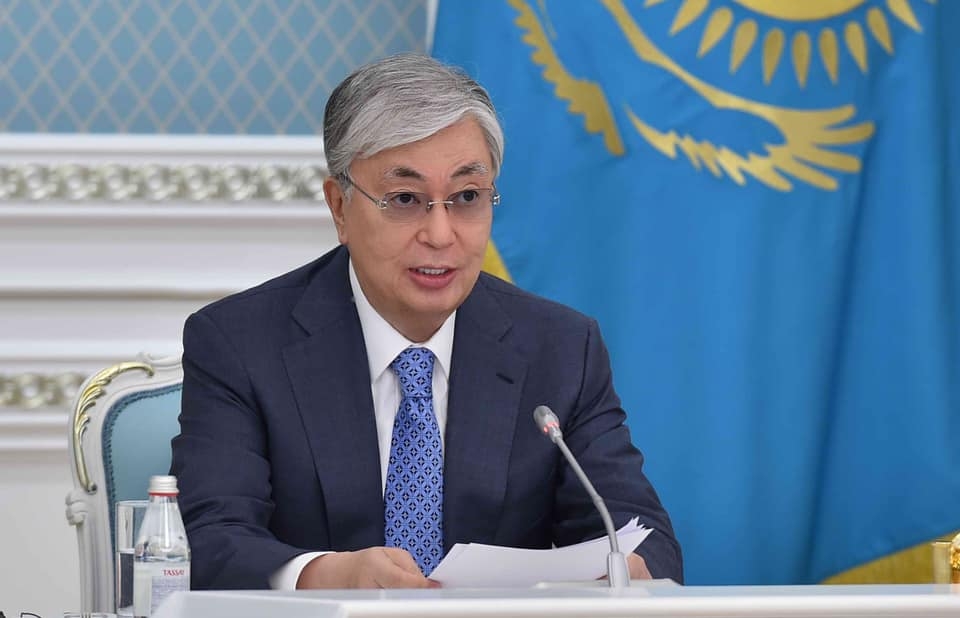 For whom the libel tolls: Tokayev's approval of the law is a formality. (Photo: Presidential administration)

Lawmakers in Kazakhstan’s upper house have voted in favor of revoking criminal liability for libel, downgrading it instead to a misdemeanor. But press freedom advocates say the changes do not go far enough in ensuring liberty of expression.

Following the Senate’s approval of changes to the law on June 11, all that is left is for President Kassym-Jomart Tokayev to sign off before the new rules enter into force.

Andrei Lukin, a member of the upper house, said the fix would "bring Kazakhstan’s criminal and administrative legislation more in line with international law."

The initiative came from Tokayev, who at a December session of the National Council of Public Confidence, a forum whose creation he casts as a way for the government to engage in dialogue with civil society, touted the proposed change as a signal of his reformist intentions. Kazakhstan has for many years been pressed by its international partners to repeal criminal liability for libel, which is also included among the guidelines of the Istanbul Anti-Corruption Action Plan promulgated by the Organization for Economic Co-operation and Development.

Excluding libel from the criminal code means that offenders are no longer punishable by up to two years in prison, or three years in the case of a false accusation of corruption.

In his December remarks, Tokayev indicated that he still wished to see some protection against the actions of what he described as “troublemakers” retained in the statute books. People falling foul of the misdemeanor will, accordingly, face fines of up to 556,000 tenge ($1,400) or 25 days in jail.

Tamara Kaleyeva, president of the free speech advocacy group Adil Soz, is unimpressed and described the changes as “partial and miserable.” She said that libel and defamation cases will still remain the purview of the Prosecutor General’s Office. And since measures like massive fines and custodial penalties still remain in force, the change is only cosmetic, she said.

What would have been more logical, Kaleyeva told Eurasianet, would have been for libel to be transferred to the civil code and for victims of smears to settle their issues through private legal suits. That way, judges would have the discretion to impose less onerous financial sanctions than the fixed and inflexible penalties envisioned in the administrative infraction.

The Organization for Security and Cooperation in Europe’s media watchdog, Harlem Désir, had welcomed the move to decriminalize libel when it was approved in an earlier reading in May by the lower house of parliament. He too, though, contended there were other areas in which freedom of speech is being stifled by current statute.

“I would now urge the authorities to move further and repeal a number of other tools in the Criminal Code, which refer to defamation and which may still stifle freedom of expression,” he said, referencing, among other things, one sweeping provision that shields former President Nursultan Nazarbayev and his immediate family from criticism and scrutiny.

Another cudgel liberally used against independent journalists are the articles on libel and slander in the civil code, which the U.S. State Department’s Bureau of Democracy, Human Rights and Labor characterizes as “establishing broad liability … with no statute of limitation or maximum amount of compensation.” What is more, the way the law is applied is typically stacked strongly in favor of the complainant.

According to General Prosecutor’s Office figures, there were 84 criminal trials for libel in 2019. Of those, half involved alleged libel conveyed through media or social networking sites.

One recent high-profile target of the libel law was Amangeldy Batyrbekov, a journalist in the southern town of Saryagash who was in September sentenced to just short of three years in prison for publishing a piece on his Facebook page criticizing a local education official. Batyrbekov was, however, released on appeal in January, in a court ruling that came on the heels of Tokayev’s remarks about decriminalizing libel.

Tokayev’s efforts are more than Nazarbayev managed to achieve in his three decades in power, notwithstanding the latter’s promises. In an op-ed published in 2011 in the Washington Post, the former president, who still retains strong behind-the-scenes influence, pledged that his government would “make defamation a civil rather than a criminal offense to encourage free speech and bring us into line with international best practices.”

Kaleyeva is still unconvinced the steps that have been taken go anywhere near far enough or live up to those pledges from Nazarbayev almost a decade ago.

“By adopting these new laws, our officials are making a token statement about liberalization and abiding by international standards. But when you go and study the details, you see that it is nothing of the sort,” she said.