The president says the vote will marking a turning point. Skeptics yawn. 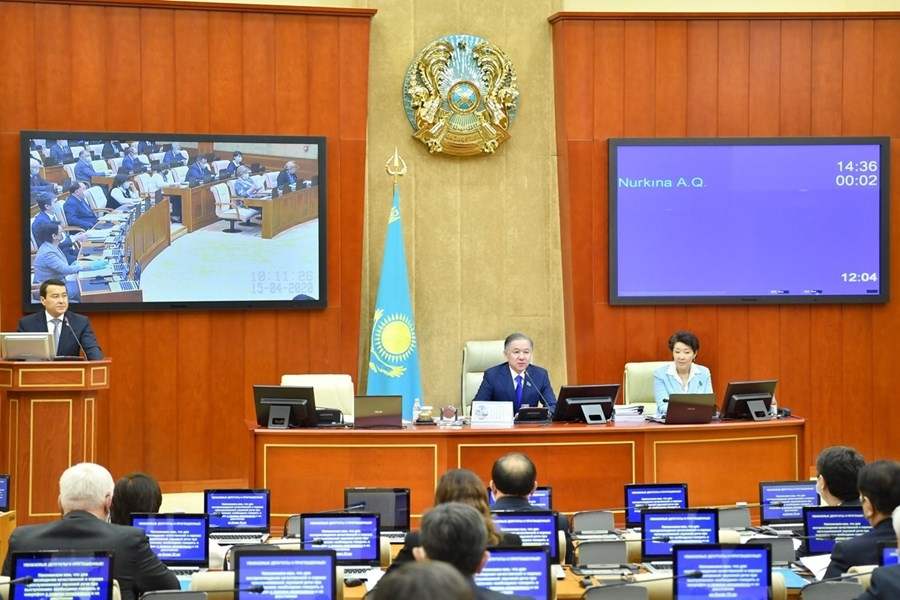 Kazakhstan’s president has announced that parliamentary elections are to be held on January 10.

In a departure from custom, the date falls at the end of the legislature’s five-year term, meaning that any genuine opposition party would notionally have time to prepare and campaign. In reality, however, no such parties are permitted to run.

But in appointing the date, President Kassym-Jomart Tokayev on October 21 made the argument that the electoral and political process has been liberalized to allow for more involvement from civil society.

Tokayev referred specifically to what was dubbed the parliamentary opposition bill – a piece of legislation that he approved in June. Under this change to the law, non-ruling parties are supposed to acquire a greater say in setting the legislative agenda.

This is important in the context of the Mazhilis, the lower house of parliament, where the governing Nur Otan party won 84 out of the 107 seats up for grabs in the 2016 election.

The idea of formalizing the concept of the parliamentary opposition was actually first put forward by Tokayev during a December session of the National Council of Public Confidence, a strongly criticized forum that is supposed to be serving as a bridge between rulers and civic activists.

Independent political analysts are derisive of this concept, arguing that since the non-Nur Otan parties in the Majlis are all malleable, ultimately pro-government entities, there is not much that is oppositional about them anyway.

Tokayev said another positive change was the mandatory 30 percent quota on party lists for women and youths. For the purposes of this requirement, a youth means anybody under 29-years-old.

“The overhauled parliament and local representative bodies will focus on high-quality legislative support for socio-economic reforms,” Tokayev said, adding that Kazakhstan was in need of effective anti-crisis measures in light of the coronavirus pandemic.

Elections for local government bodies, the Maslikhats, are taking place on the same date.

There are currently six registered political parties in Kazakhstan. Nur Otan, which has as its figurehead the former president, Nursultan Nazarbayev, occupies a monolithic and quasi-parastatal presence. The other two forces in parliament are the pro-business Ak-Zhol, which bills itself as the “constructive opposition,” and the Communist People's Party of Kazakhstan, or KNPK, which is a regime-approved facsimile of a previously existing, rival Communist Party.

The parties that have failed to make it into parliament before include the Auyl (Village) People's Democratic Party, which casts itself as the champion of village life and rural communities, and Birlik (Unity), a party with an indistinct ideological stance, but which spent the last election talking about the environment and welfare. Finally, there is the National Social Democratic Party, or OSDP. The party ostensibly has a fairly robust, oppositional character, but it has performed weakly and focuses its rhetoric on nationalist themes.

There have been attempts by other activists to form and then formalize political groupings in recent years, but their attempts to gather the required signatures and complete registration have failed for various reasons.

Nur Otan will inevitably repeat the same performance of previous elections. On October 19, the party revealed the results of a recent poll (in which 7,000 people were questioned) that showed 77 percent of respondents planning to cast their ballot in its favor.

Unlike neighboring Kyrgyzstan, however, where anger over elections that cement the power of status quo forces can inspire serious discontent, there is zero prospect of people coming onto the streets to protest.

That, at least, is the assessment of Vyacheslav Abramov, chief executive of Vlast news website.