Sightseers were pillaging the lake for mementoes. 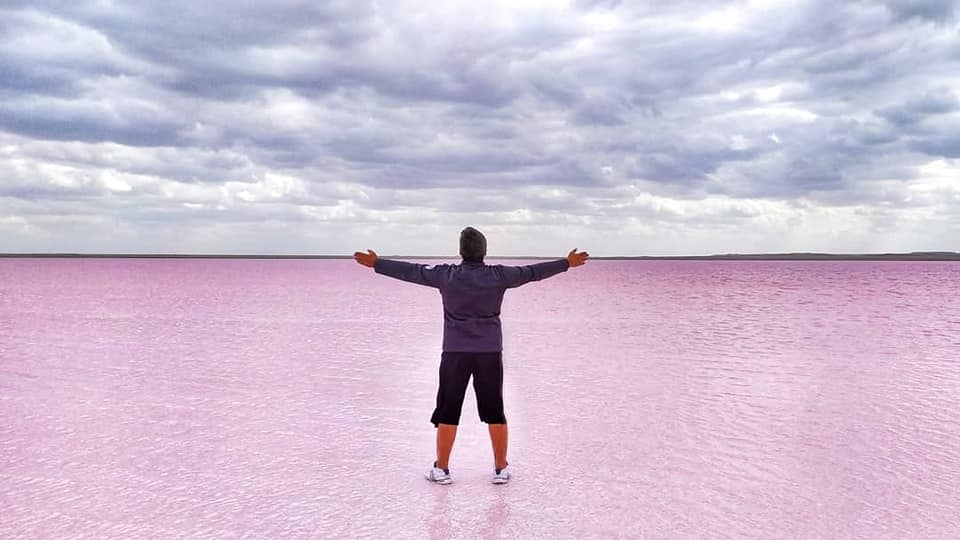 When Kazakhstan brought in another round of lockdowns to counteract the fresh surge of coronavirus cases, most tourist attractions were made off-limits for anybody in search of a relaxing getaway spot.

The distinctively pink Kobeytuz lake, a couple of hours east of the capital, Nur-Sultan, was a rare exception, and so the crowds duly appeared.

Authorities have now been compelled to bar access to the site after unthinking visitors began damaging the lake’s delicate ecosystem by, among other things, dropping large amounts of trash and hauling away bags of natural salts present on the shore.

Kobeytuz is one of just a few such lakes in the world, its waters rendered pink by the presence of algae called Dunaliella Salina, which emit a colorful spectrum of organic pigments.

It has become something of a source of pride for people living nearby. Miras Shekenov, a deputy in the Nur-Sultan city council and a microbiologist, last year posted a video on his Facebook page in which he beamed with pride about the lake.

“In my memory, it has been 10 years since the lake last looked like this,” he said at the time.

“Travel around Kazakhstan, love your homeland,” he urged his followers.

The public has taken Shekenov at his word. This year’s warm weather has been especially propitious for the algae that create the unusual chromatic effect, drawing even more visitors.

The cycle has been perpetuated by other social media activity.

On July 10, musician Marzhan Kapsamat posted a video of herself dressed in traditional Kazakh dress and sitting on a chair in the lake while strumming at a dombra, a customary Kazakh instrument. The video has been viewed more than 26,000 times.

When the second lockdown was introduced on July 5, a ban was imposed on visiting all kinds of public places and attractions, so large numbers in Nur-Sultan hopped into their car and headed to Kobeytuz. The normally deserted lakeside instead became a crowd of parked cars. Many people splashed about in the waters and filmed themselves on their phones.

But then worrying reports began coming in.

On July 18, Instagram user @tashishkina wrote that more than half of the visitors to Kobeytuz were “opening up bags, taking out buckets and digging up the salt that creates the pink glow.” People pointedly ignored large billboards nearby instructing them to refrain from such behavior. The sign explicitly explained that this could cause the lake to lose its unusual properties for anywhere over 15 years.

The post provoked a swell of outrage. Few were as angry as Shekenov.

“I told people about this beautiful place, and in less than a year, they killed it,” he wrote on Facebook. “Savages…”

Then things only got worse. An advertisement appeared on Instagram touting salts from Kobeytuz as a supposed cure for the coronavirus, and also diarrhea.

“Only 10 buckets left,” the poster remarked.

More fury ensued, after which the original poster of the advertisement had to admit that they were joking, although the humor was little appreciated, considering the escalating nature of the crisis. As of July 21, official figures showed 73,468 people had contracted the coronavirus and that 585 had died as a result of the epidemic.

Sick of the whole business, the authorities on July 20 slapped a ban on anybody visiting any body of water in the Yereymentau district, where Kobeytuz is located. For good measure, a spokeswoman for the Environment Ministry warned that people found violating sanitary or environmental rules at Kobeytuz would be punished.