Kazakhstan pivoting back to robust lockdown

Infections have increased sevenfold since lockdowns were eased. 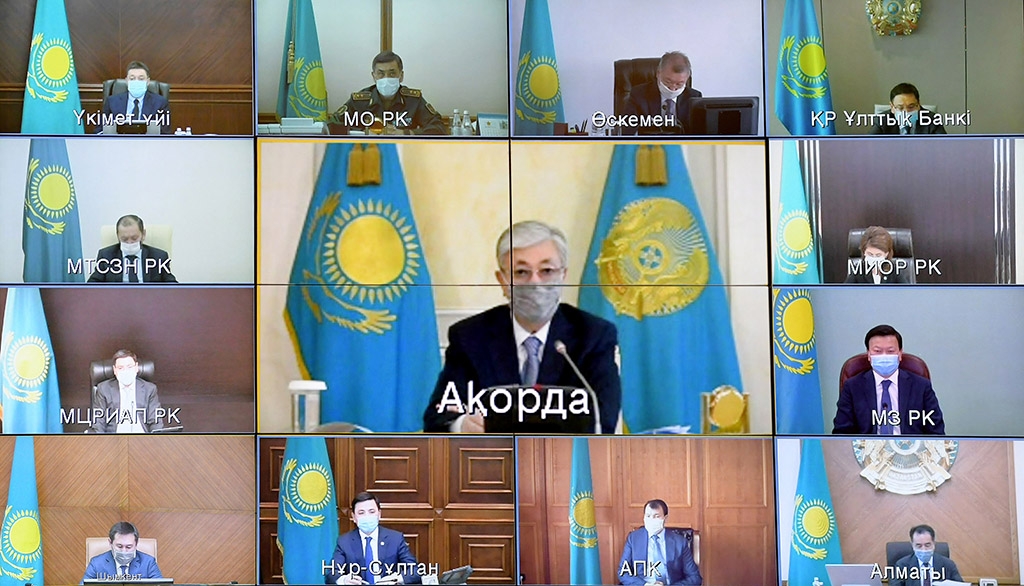 Authorities in Kazakhstan have signaled that they are poised to revert to strict lockdown measures following a relentless surge of fresh coronavirus cases over the past few weeks.

President Kassym-Jomart Tokayev said in a government meeting on the COVID-19 outbreak on June 29 that a special commission has been tasked with drawing up a plan on what restrictions will be put into place.

Judging by official figures, the easing of the earlier lockdown, which lasted from March to May, appears to have undone many hard-won results. When Kazakhstan allowed its coronavirus state of emergency to lapse, on May 11, it had around 5,100 officially confirmed cases. The overall number had soared to almost 38,000 by June 29, with more than 1,600 cases added over the previous 24-hour period.

Tokayev has conceded that officials in numerous cities and regions – including the capital, Nur-Sultan, and the business center of Almaty – have failed on the job.

PCR-based tests have become very difficult to get, beds are in limited supply and drugs are proving hard to source. Tokayev ordered the government to make sure the number of available beds was increased by 50 percent by the end of July.

The surge of patients being admitted to hospitals in the western Kazakhstan region of Mangystau with pneumonia-like symptoms is so high that local authorities have resorted to converting tennis courts and other sports halls into makeshift treatment facilities, privately owned TV station KTK has reported.

This all raises the prospect of something like a return to life as it was in March, when the state of emergency was first imposed. At that time, people were permitted to leave home only to go to their nearest stores. Entrance to parks and other leisure spots was restricted. Even movement in and out of Almaty and Nur-Sultan was forbidden.

When the lockdown was lifted, however, crowds quickly formed at shopping centers, cafes, markets and other public places. Many disdained wearing masks, as advised by increasingly exasperated public health officials.

Nurlan Yesmagambetov, a 40-year-old resident of Almaty, told Eurasianet that even though he has been diagnosed with double pneumonia, meaning that both his lungs are affected, he has struggled to find the drugs he needs to treat his condition.

“All that remains is to pray to God that my immunity will cope on its own. I cannot believe that this is happening to me,” he said.

Because so many hospitals are growing overcrowded, it has reportedly become common for people to be turned away. Even state-aligned media are admitting the problem, although local authorities are facing accusations of trying to cover it up.

A first aid responder in the southern city of Shymkent, Arman Khamzin, last week recorded a video message addressed to the Health Ministry to tell them how local clinics were refusing to accept gravely ill patients he was transporting in his ambulance.

“Two patients died in our ambulance yesterday. This is a mess, I don’t know where to go,” Khamzin said.

A day after uploading his video, however, Khamzin appeared at a briefing organized by local officials to apologize for what he described as his emotional outburst and he instead blamed the incident on his own sense of panic.

Infectious diseases experts are being more candid in Nur-Sultan. The city’s chief infectious disease specialist, Saule Atygayeva, told state-run Khabar TV channel as long ago as June 21 that she saw the coronavirus outbreak in Kazakhstan developing “according to the Italian scenario.” Around 95 percent of the patients being admitted to the hospital have pneumonia and needed oxygen support, she said.

“I’ve been doing this work for 28 years and I have never seen anything like it. A lot of people are dying. This is really scary,” said Atygayeva, unable to fight back her tears.