The amount of grain gathered in 2021 was 18 percent less than what was harvested the previous year. 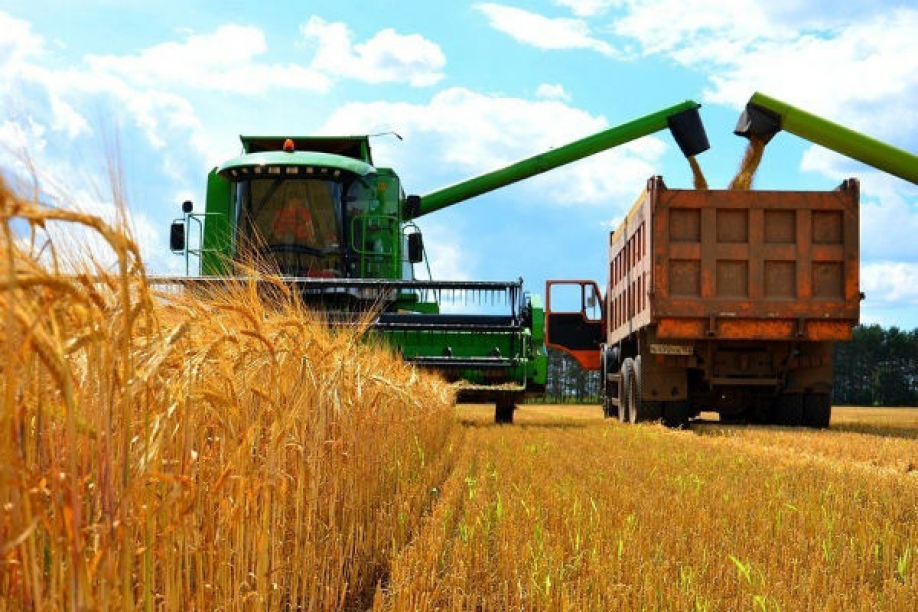 Kazakhstan has hiked its projection on how much grain and flour it expects to export this year by 10 percent, despite the country enduring a punishing drought in 2021.

The planned 7.3 million tons of deliveries during this marketing year, which began on July 1, is higher than the 6.5 million tons sold last year, but short of the 9 million tons Kazakhstan hopes to export next year, according to Agriculture Ministry figures cited on February 17 by Interfax news agency.

Kazakhstan saw a poor harvest in 2021 as the result of a prolonged and intense drought. The amount of grain gathered, 17 million tons, was 18 percent less than what was harvested the previous year and culminated in the lowest yield Kazakhstan has seen in a decade, the agricultural sector monitoring agency APK-Inform has reported.

Plans to boost exports are being made possible by the import of inexpensive Russian wheat, which covers domestic needs.

“Work is underway to increase exports to China and revert to earlier export volumes toward Azerbaijan, Georgia and Iran, as well as to open up EU markets,” an unnamed Agriculture Ministry official told Interfax.

Although the drought hurt yield, the intense heat did have the welcome effect of improving the quality of the grain and thereby enhancing its appeal to foreign buyers. Oleg Fursov, the head of a Kazakhstan laboratory owned by SGS, an international agricultural testing and certification company, told APK-Inform in an interview that the weather conditions increased the level of protein in the grain.

The main markets for Kazakhstan’s grain are neighboring countries in Central Asia, China and, in good years, Afghanistan. This year, there has been strong custom from Iran, which has battled its own droughts and crop failures. The Grain Union of Kazakhstan, an agrarian lobbying group, told agro-focused news website ElDala.kz that Tehran has been trying to cover an 8 million ton domestic grain shortfall. Half of those needs have reportedly been met by Russia.

Exports to China have hit the buffers since November 2020, which was when Beijing began strictly limiting the passage of grain as a result of restrictions imposed to prevent the spread of COVID-19. In summer, deliveries stopped altogether.

But Kazakhstan’s national railway operator, KTZh, has said it is in talks with its Chinese peer on reviving deliveries of grain, Yevgeny Karabanov, a Grain Union representative, told ElDala.kz.

“There is room for hope now that China has celebrated the Lunar New Year and that the Olympics will end soon,” he said. “After that, quarantine restrictions may be relaxed. We’re counting on it.”

China is eyed as a strategic market for the future by Kazakhstan wheat growers. The World Bank and the International Finance Corporation noted in a 2017 report that wheat stood, as the largest non-extractive industry commodity Kazakhstan produces in terms of value, to help the country finally deliver on its ambitions to diversify away from oil and gas.

“As China’s economy gradually shifts to meeting internal demand and as the middle class population grows rapidly (the projections are that it will reach 1 billion by 2025), Kazakhstan could become an important part of China’s grain supply – occupying a similar economic position to the one Canada holds vis-à-vis the United States,” the report concluded.