The factory is said to be controlled by the sons of a politician close to the former president. 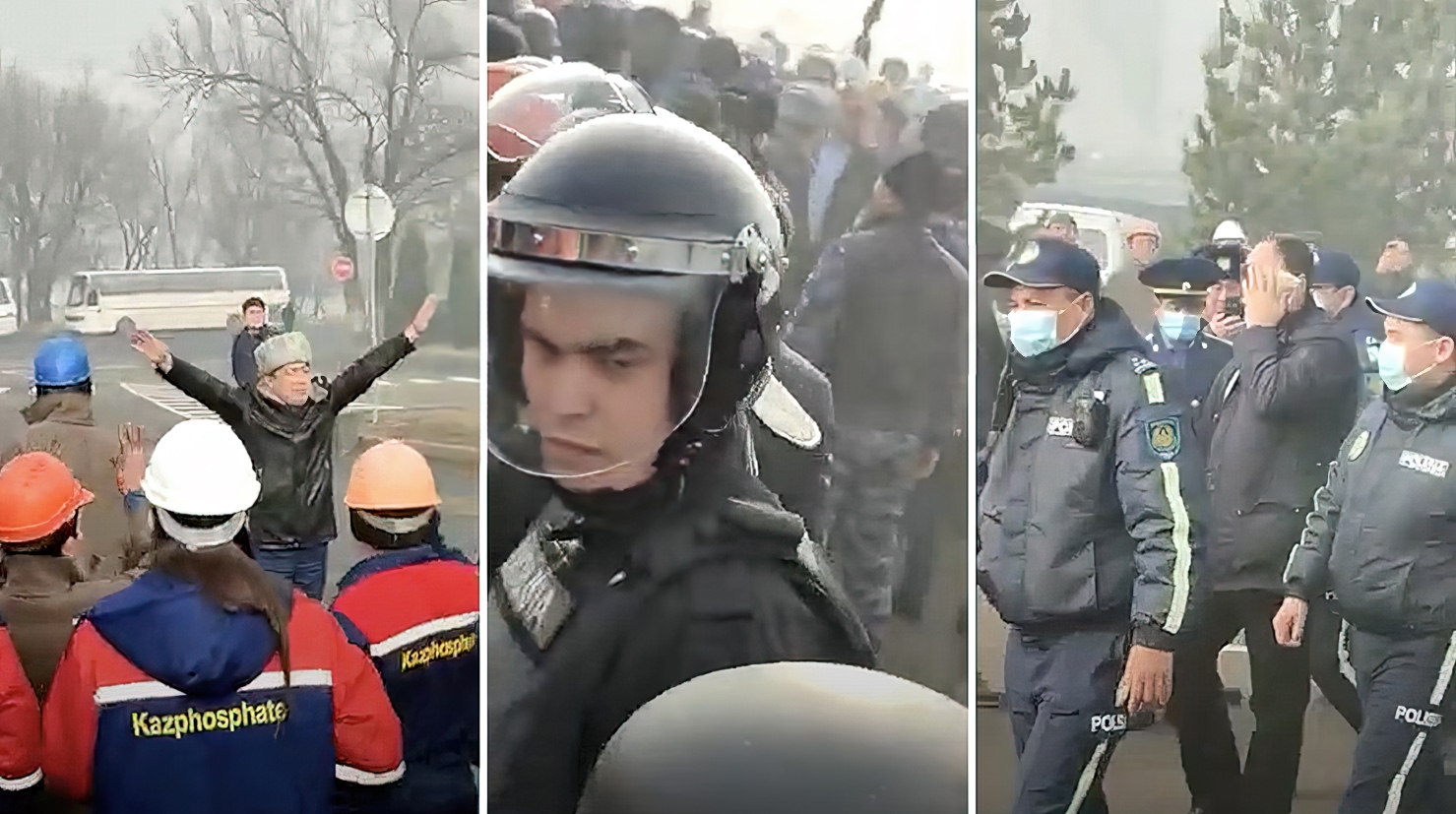 Video stills of confrontations outside the plant on November 23

Hundreds of workers at a chemicals factory in southern Kazakhstan said to be controlled by relatives of an influential politician declared a strike on November 23 and conducted a sit-in on the plant’s grounds.

Local media have offered varying causes for the standoff. RFE/RL’s Kazakh service, Radio Azattyq, cited one employee at Kazphosphate, which is located in the city of Taraz, as saying the strike was motivated by poor working conditions and low wages.

Officials in the Zhambyl regional government, meanwhile, said the problem was rooted in an unspecified “misunderstanding” between employees and a mid-level manager. It was previously reported that the manager, a Russian national, had insulted plant workers by calling them “sheep,” precipitating a wildcat gathering as a result.

A video circulating on social media shows the man, who has since reportedly been fired, apologizing to a crowd of Kazphosphate workers. Other footage showed shield-bearing riot police on the scene, an indication that the authorities may be concerned at the situation getting out of control.

Azattyq’s reporting suggests complaints about working conditions evolved organically out of the incident with the Russian manager. Another unnamed worker interviewed by the broadcaster complained that average salaries were only around 160-170,000 tenge ($350).

“They tricked us last time. They only increased our salaries a little bit, and after that they reduced them. The situation in the factory is bad,” the worker said. “The equipment is all old, working is impossible.”

Kazphosphate, a company said to be controlled by the sons of Nurlan Nigmatulin, an arch-loyalist of the former president Nursultan Nazarbayev who served as chair of the lower house of parliament until this February, has been in the headlines for entirely different reasons in recent weeks and months.

Last week, the National Economy Ministry’s anti-monopoly agency said in a vaguely formulated statement that Kazphosphate had unjustly earned 192 million tenge ($410,000) through its control over an access road needed by other companies. The same agency announced in April that it was investigating the company for overpricing its ammonium phosphate.

Questions have also been raised about safety standards at Kazphosphate. News agency KazTAG reported in July that at least four employees had died in three separate accidents in just one month.

The company has even been hauled over the coal for its environmental standards. In July, it was fined after belching sulfuric gases into the nearby air following the failure of a purifying pump.