The president has rejected calls for an international investigation into the unrest last month. 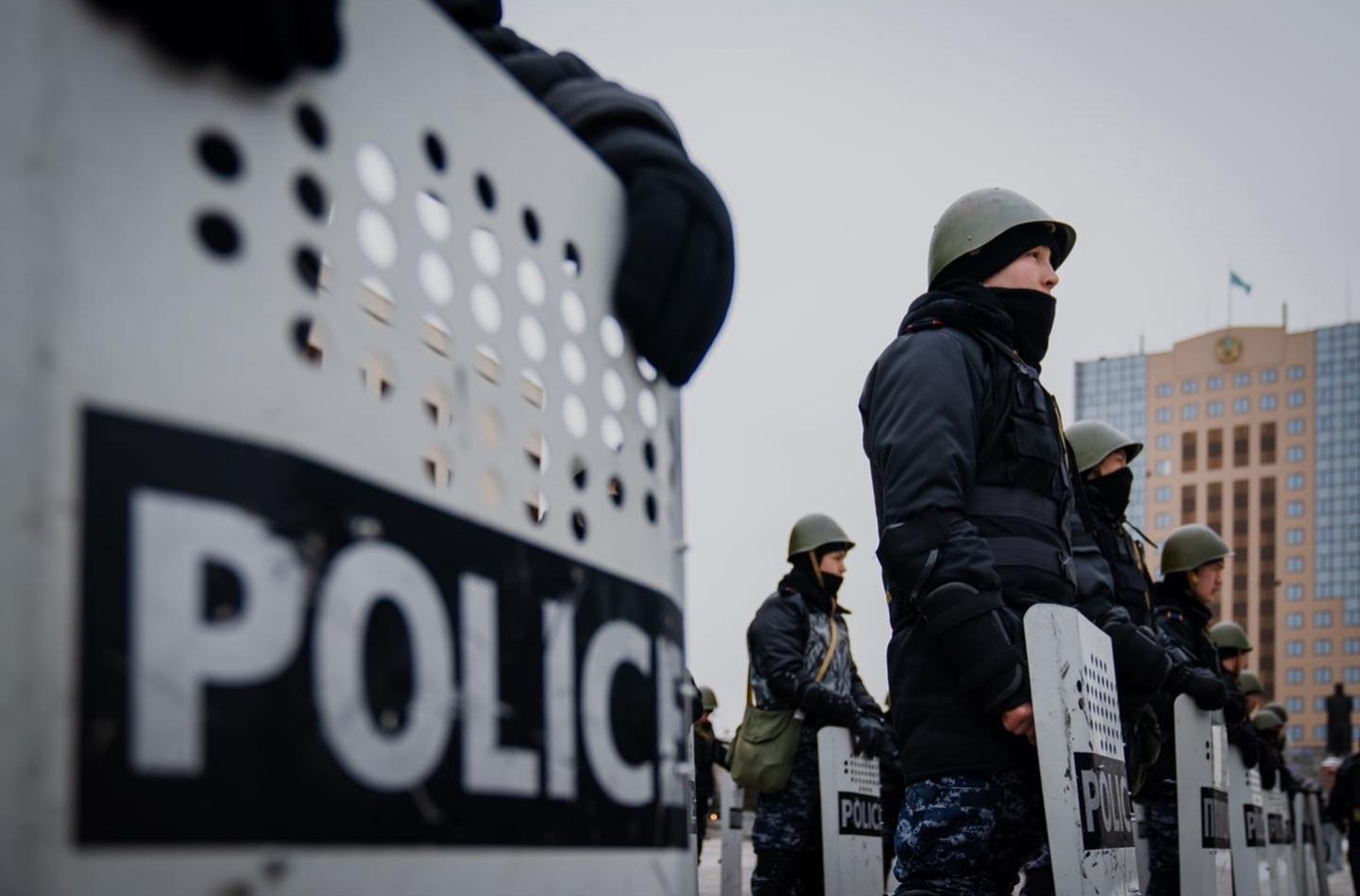 As claims mount of unlawful arrest and torture of detainees held over recent violent unrest, Kazakhstan’s government has pledged to investigate allegations of human rights abuses.

“The Republic of Kazakhstan condemns any possible cases of excessive use of force, unlawful detention, torture or ill-treatment of detainees,” the Foreign Ministry said on February 3.

The ministry said it was responding to claims raised by Human Rights Watch in published reports.

The organization on January 26 reported that security forces used excessive force against protesters and rioters on at least four occasions.

On February 1 Human Rights Watch alleged law-enforcement officers have “arbitrarily arrested peaceful protesters and others, ill-treated and tortured some detainees, and interfered with detainees’ access to lawyers.”

The claims tally with accounts supplied to journalists about rampant torture of detainees.

This week relatives of people arrested in Almaty and the city of Shymkent picketed prosecutors’ offices to air concerns about detentions of innocent people and violence used against detainees.

The General-Prosecutor’s Office is probing 98 cases “concerning complaints of the use of illegal methods of investigation and other violations,” the Foreign Ministry said, pointing to a hotline to report abuses.

However, rights campaigners are concerned that the prosecutor’s office investigating torture allegations is akin to the fox watching over the chicken coop.

In previous high-profile cases, prosecutors have thrown such claims out – most notoriously after civilians made torture allegations during trials over unrest in the town of Zhanaozen in 2011 after security forces shot townspeople dead.

The ministry said the human rights ombudsperson and monitoring teams had made 97 visits to places of detention. They have not, however, gone public with any findings of abuse.

The Foreign Ministry said the government was “committed to its human rights obligations” and “open to dialogue” with international NGOs. In that spirit, Foreign Minister Mukhtar Tileuberdi has agreed to meet with HRW director Kenneth Roth.

Tokayev has rejected calls for an international investigation into the unrest.

But he has “repeatedly stated” that the internal investigation “must be impartial and conducted in line with the law,” the ministry said.

One of the commissions is Amanat (Duty), which is working “to protect the rights and freedoms of citizens,” protect detainees from torture, and “distinguish those who were pursuing criminal goals from those who went out for a peaceful rally with noble intentions.”

Headed by attorney Abzal Kuspan and with human rights lawyer Aiman Umarova on the team, it also includes officials from the prosecutor’s office and Interior Ministry.

Amanat is clearly working with the blessing of the authorities: President Kassym-Jomart Tokayev has endorsed it.

Another commission has received a less friendly welcome.

Their commission is currently trying to establish the names of dead civilians, Sarsenbay told Eurasianet on February 3, as he examined bullet holes in the monument to independence on Almaty’s Republic Square, the epicenter of the violence.

The government says 227 people died, including 19 law-enforcement officers, but has kept the names of the civilian victims under wraps.