Kazakhstan: Police contain unrest, but anxiety over lawlessness is creeping

Authorities are particularly concerned by the actions of online "provocateurs." 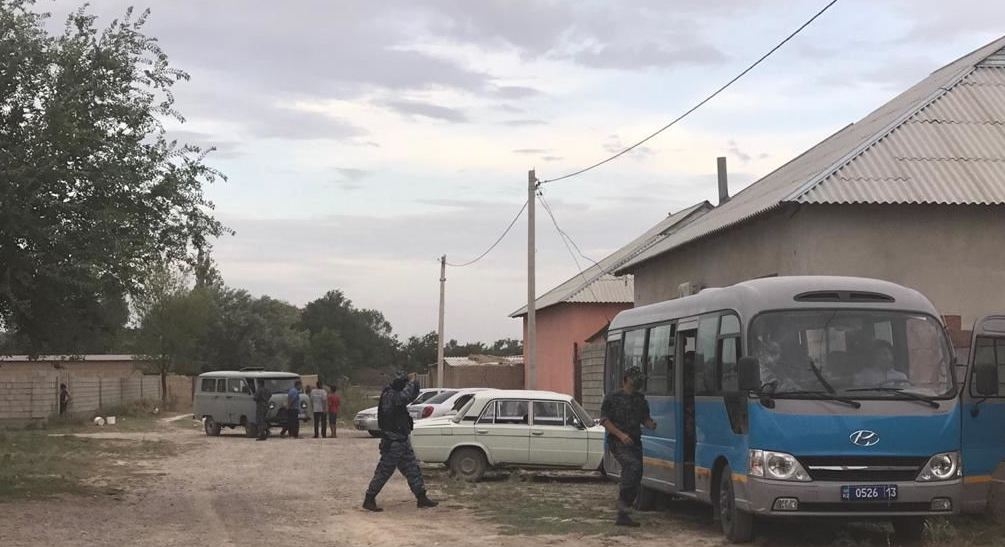 Police in the village of Shornak on July 23. (Photo: Dilara Isa/ RFE/RL)

A pair of instances of mass disturbance in Kazakhstan within the space of a few days have spotlighted the delicate state of public order in the regions as the economy sputters and discontent festers.

On the night of July 24, a crowd in the city of Satpayev, in the central Karaganda region, tried to lynch a man suspected of abducting and raping a five-year-old girl. Police had found the child a day earlier after hours of searching.

“The suspect has been detained. But several dozen people demanded that the suspect be handed over to them,” the Interior Ministry said in a statement.

The crowd ignored police requests to disperse, however, and instead began setting fire to cars outside the Interior Ministry headquarters, Sputnik news website reported, citing Marina Shapovalova, a spokeswoman for the regional administration. The rioters then proceeded to the city hall.

Anger quickly spilled onto social media as well, where commenters called for the suspect to be put to death.

Another incident occurred on July 21, although it was reported only at the end of the week, in the village of Shornak in the southern Turkestan region, where Kazakhs and minority ethnic Uzbeks live side by side. The details are sparse, but police say disturbances began with an “everyday dispute” between local residents that escalated into mutual rock-pelting.

Interior Minister Yerlan Turgumbayev said at an emergency briefing that the fighting was brought to a quick end by the police, some of whom he said were also injured in the clashes. At least four people have been arrested.

Turgumbayev warned the public against engaging in incitement to ethnic hatred and disseminating false information over social media.

RFE/RL's Kazakh service, Radio Azattyk, reported from the scene on July 24 that houses and cars had been damaged in the fighting. People quizzed by the broadcaster's correspondent said similar events had occurred before.

The police have been at pains to ensure no repeat to the flare-up. Police checkpoints were erected at the entry into the town and the streets are reportedly being patrolled by special forces dispatched to the village.

The deputy governor of the Turkestan region, Saken Kalkamanov, wrote on Facebook on July 24 that more than 80 young people were detained while trying to get to Shornak, apparently in the hope of getting involved in the fighting.

The swiftness of the response suggests police have learned some lessons from a similar incident that occurred a few months ago in Masanchi, a town on the border with Kyrgyzstan where the Kazakh majority embarked on a spree of bloody destruction targeted at the minority Dungan community. In that episode, fighting spiraled out of control long before police were able to respond effectively.

The incidents in both Satpayev and Shornak have received attention from the highest levels. Berik Uali, the spokesman for President Kassym-Zhomart Tokayev, said the head of state’s office has coordinated directly with the governors of the Karaganda and Turkestan regions. Attention has focused on preventing troublemakers from exploiting the situation to sow yet more unrest, Uali said.

In a snap comment on his Telegram channel, political scientist Urazgali Selteyev expressed worry that the disturbances might reflect escalating social and psychological tensions that could lead to lawlessness.

“The lack of deep reforms in law enforcement and judicial bodies has led to a total collapse in public confidence,” he wrote. “As a result, there could be an intensification in the glorification of popular justice-seekers and all kinds of criminal elements.”