Saniya Toiken was fined $113 for purportedly failing to submit to police orders. 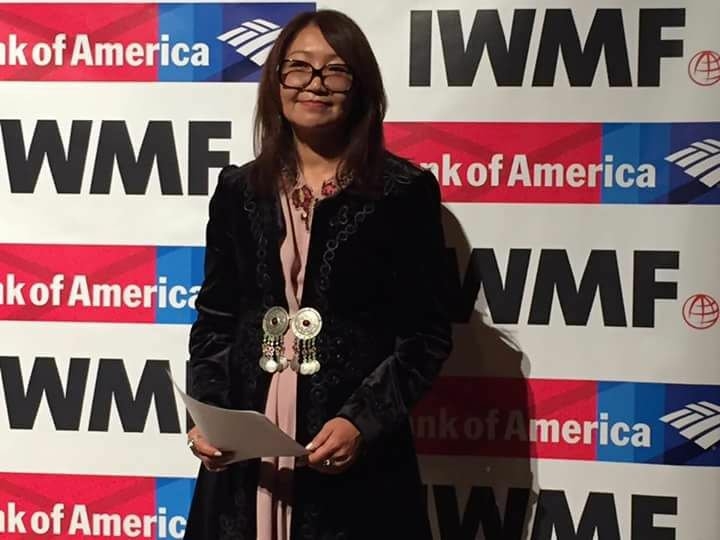 An award-winning reporter for RFE/RL’s Kazakhstan service was detained and held overnight by police in the town of Zhanaozen on March 11 after covering a rally of unemployed people registering discontent at their economic struggles.

Torokul Doorov, the director of Radio Azattyq, later wrote on Twitter that Saniya Toiken had been fined the equivalent of $113 for purportedly declining to submit to police orders.

According to RFE/RL’s account, Toiken was at a cafe with a local resident, Gulnar Tanirbergenova, when the police came to detain her. Tanirbergenova says that shortly before, there had been a brawl among other diners at the cafe. Police hauled away Toiken and Tanirbergenova along with the people involved in the scuffle.

“Police told us we were in the place where the fight happened. Despite our objections, they put us in a separate car and took us to the police station,” Tanirbergenova said.

While the brawlers were released almost immediately, Toiken was kept in custody for more than six hours.

Toiken had earlier on March 11 been covering a gathering outside the mayor’s office of several dozen Zhanaozen residents who were protesting what they say is the government’s failure to lighten the burdens of joblessness. The crowd also demanded to speak directly to the mayor, Adilbek Dauylbayev. Representatives for the mayor told the picketers that he left his office on work engagements.

The picket was one of several that has taken place in the remote oil town since February. Most of the participants of the rallies have been oil workers complaining there is not enough work to go around in their area of specialization.

Authorities are particularly sensitive to the shoots of protest in Zhanaozen, ever since a months-long strike by oil workers in the town culminated in a violent crackdown by police in December 2011 that left more than a dozen people dead.

Toiken is without peers in western Kazakhstan for her extensive efforts to document the hardships of life in the oil-rich yet cash-poor region. Her work has regularly earned her unwelcome attention from the police, however. This was the second time in the space of a month that she was taken into custody by law enforcement officers.