People paid $900 for work visas and jobs, but then never heard back. 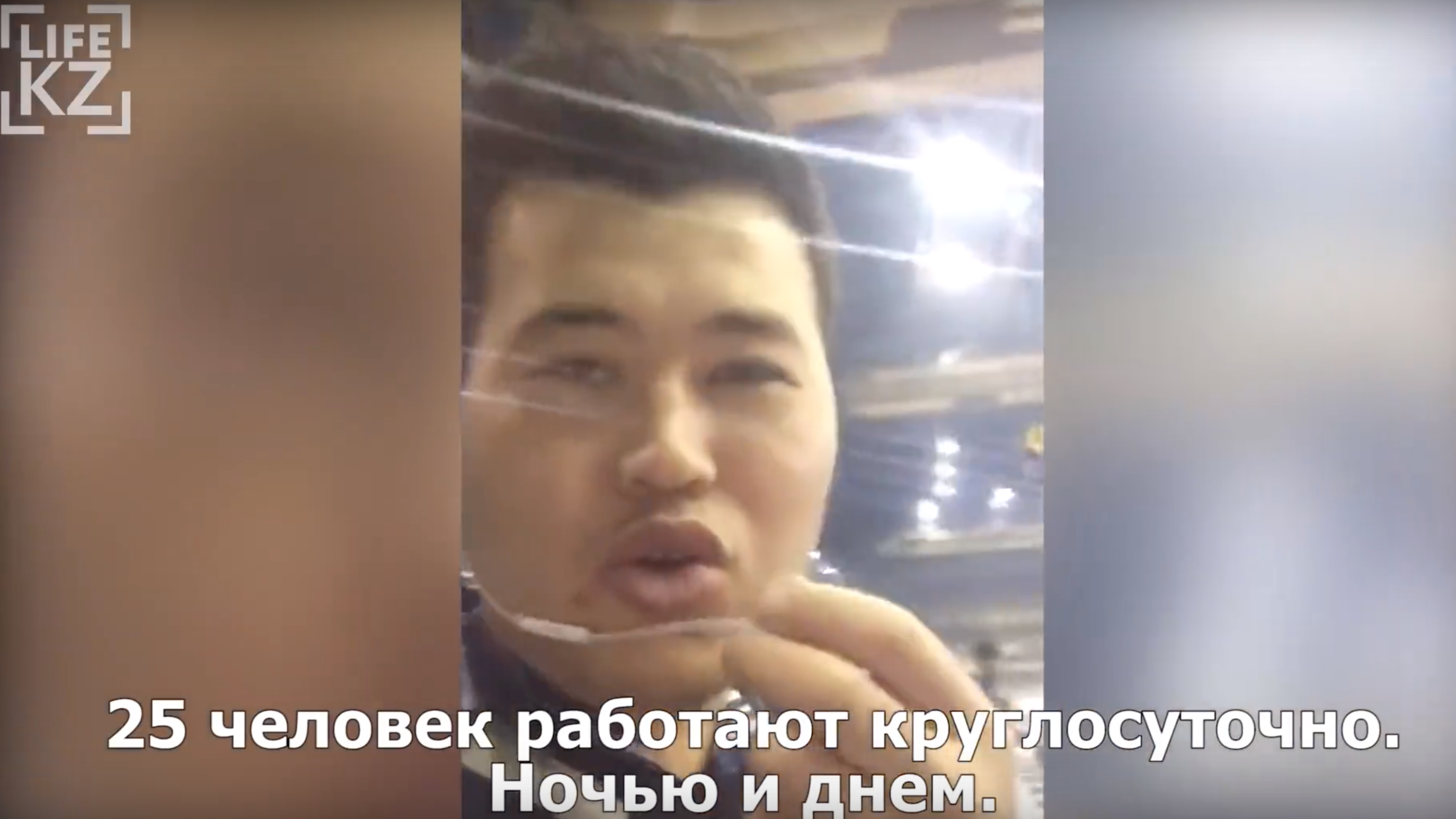 Korea advisor: Kazakh worker giving tips over a messaging app about how it is to work in South Korea. (Photo: Screenshot from Life KZ YouTube account)

A tourist agency in Kazakhstan that promised hopeful customers to set them up with jobs in South Korea is facing fraud charges after failing to keep its end of the deal.

Television station KTK reported on October 31 that people had traveled to the city of Almaty from all over Kazakhstan to lay siege to the company’s offices in a bid to get their money back.

Kazakhstan has typically differed from nearby nations like Kyrgyzstan, Tajikistan and Uzbekistan in being mainly a destination for labor migrants. Limited opportunities for well-paid jobs, especially in the regions, has in recent years generated the opposite dynamic, driving many thousands in the oil-rich country to explore ways of traveling abroad for work, however. Eurasianet last month reported on this trend.

The company at the center of this scandal promised clients it would provide services such as arranging work visas and finding high-paid jobs in factories in cities like Ansan and Chungju. The $900 fee also included the cost of an eventual flight. But hundreds appear to have paid without hearing back from the company.

KTK cited police as saying the director of the company has been detained on suspicion of fraud.

The broadcaster cited Yerkegul Toktyk-kyzy, a defrauded customer from the northern city of Pavlodar, as saying she had borrowed money to send her daughter abroad. Many reportedly quit their current jobs for opportunities in South Korea.

Police say they expect to find more victims of the scam as their probe proceeds.

Rashida Shaikenova, head of the Kazakhstan Tourism Association, told Eurasianet that there is an emerging trend for the opening of small tourist agencies serving people wishing to travel to South Korea for work.

“These firms are only interested in making a profit and they do not care that customers may not get a job because of the tightening of South Korea’s immigration policy toward Kazakhstan,” Shaikenova said.

Since Astana and Seoul abolished short-term visa requirements for one another’s citizens in 2014, thousands of labor migrants have poured into Korea from Kazakhstan. Aspiring laborers often travel under the guise of being tourists and then illegally overstay the 30-day limit.

The Foreign Ministry in Astana estimates that almost 12,000 Kazakhs are working in South Korea illegally.

In mid-October, the Foreign Ministry reported that South Korea had instituted a time-limited so-called “green corridor” for illegal migrants. The amnesty, which began on October 1 and will run through March 31, will enable Kazakhs illegally residing in the country to return home without needing to pay hefty fines and being banned from future travel to South Korea.

The evident expansion of the Kazakh diaspora in South Korea is placing burdens on Astana’s mission there in other ways too.

A representative for the embassy, Gabiden Temirbekov, said in a television interview on October 30 that four Kazakh citizens had died in South Korea over the past year. He provided no details for the causes of death. Temirbekov also alluded to seven citizens of Kazakhstan jailed since the start of this year on charges including murder and rape.