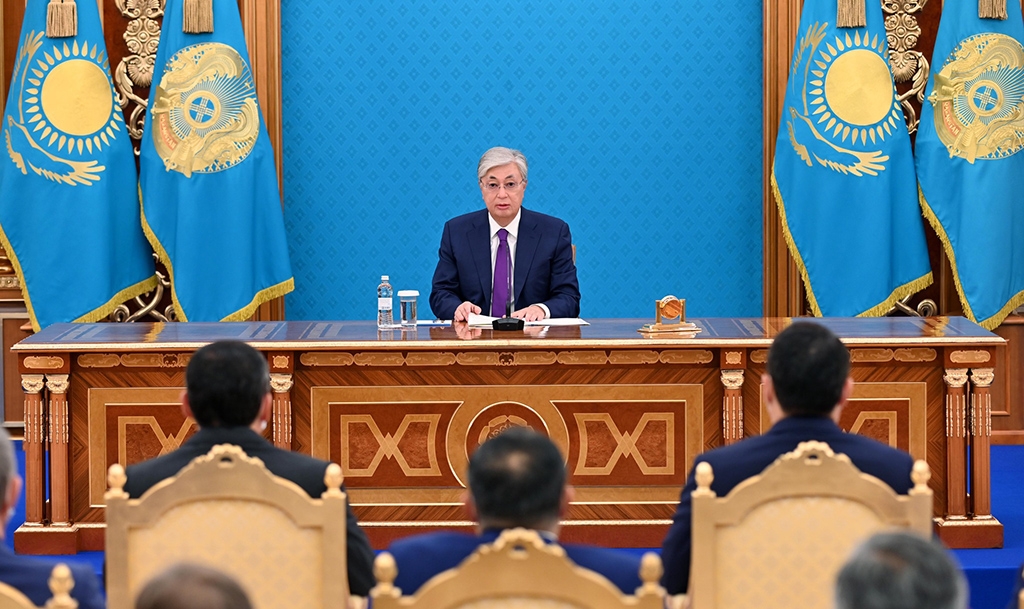 As Kazakhstan heads for snap presidential and parliamentary elections, voters have every right to feel confused.

Incumbent President Kassym-Jomart Tokayev will run in, and almost certainly win with ease, the poll he has called for this fall, 18 months before schedule. But voters have no sense of what alternatives there will be on offer.

Decades of meddling and repression by the authorities have reduced the political scene to a desolate space devoid of robust opposition figures.

It isn’t even certain how long a term Tokayev is poised to win. The limit is now five years, but Tokayev has said this will change to a single seven-year term.

It is no easier to understand what is happening in the parliamentary elections, which have been called for the first half of 2023, three years ahead of schedule.

Reformists in government insist that electors will be offered rich pickings for the first time in years. Despite that pledge, no new parties have been registered since the authorities promised to ease the registration process. As things stand, only the ruling Amanat party (formerly Nur Otan) and a handful of government-loyal parties, some posing as opposition, are on the menu.

Government insiders insist registrations will happen in time, although if new parties were to appear immediately, they would have only about six months to get themselves in shape to run a competitive contest.

Tokayev is selling both elections as planks of a political reset whose urgency felt strong following fatal civil unrest in early January that has come to be known as Bloody January. Much of the anger seen in those events was fueled by the monopolization of power under Nursultan Nazarbayev, Tokayev’s now disgraced predecessor.

Pundits are cynical about whether the plebiscites will be sufficient to ensure a clean break with the authoritarian past.

“Democratization and political competition are not at the core of Tokayev’s agenda,” Sofya du Boulay, an Almaty-based political scientist specializing in authoritarianism and Central Asia, told Eurasianet. “Tokayev’s announcement of the early presidential election signals his lack of impetus for political change from his autocratic predecessor.”

“He called the snap elections [so as] not to allow time for the consolidation of any opposition forces,” said Nargis Kassenova, director of the Program on Central Asia at Harvard University’s Davis Center for Russian and Eurasian Studies, offering two interpretations for that move. “He does not want to deal with genuine opposition rivals, and the intention is to keep the political scene under tight control. Or he is ready for some liberalization, but not now in this particular, very difficult and delicate, moment in the country’s history.” [Editor’s note: Kassenova is a member of Eurasianet’s board of trustees.]

As motives for holding elections earlier rather than later, analysts point to the insecure geopolitical situation owing to Russia’s war in Ukraine and the potential for Kazakhstan’s economic position to deteriorate.

But many believe domestic political sensitivities are uppermost in Tokayev’s mind.

Nazarbayev’s political standing was dealt a mortal blow by the January bloodshed, which Tokayev has depicted as a bid to topple him by mounting a coup d’etat. Tokayev has refused to name names, but suspicions persist that Nazarbayev cronies were involved.

Nazarbayev has since been stripped of his powers, while family members and associates have lost political positions and been forced to cede some economic assets.

Azamat Junisbai, a professor researching post-Soviet transitions at California’s Pitzer College, speculated that Tokayev may have called snap elections to neutralize further threats from these quarters and consolidate his power before they can regroup.

Some in Nazarbayev’s inner circle “have experienced a previously unimaginable reversal of fortunes. However, they continue to have massive resources at their disposal,” Junisbai told Eurasianet.

“It is logical to expect that they are unhappy with the new status quo. I believe that Tokayev’s first priority is ensuring that another coup attempt does not succeed,” Junisbai said. “This consideration imposes a massive constraint on his ability to carry out rapid political reforms.”

By this reasoning, it might be an inevitable necessity that reforms proceed more slowly than many would desire.

“If this helps him consolidate his position vis-à-vis the Old Guard, I think that’s a step in the right direction, even if it’s a frustrating half-step,” Junisbai said.

Tokayev has explained his plan to increase the presidential term from five to seven years but limit leaders to one spell in office, replacing the two currently permitted five year terms, as a bid to prevent the type of monopolization of power that kept Nazarbayev at the helm for three decades.

But prominent analyst Dosym Satpayev has decried this proposal as something reminiscent of the power-clinging trickery deployed by Nazarbayev.

After January, “Tokayev said it was necessary to overhaul the current political system and the old rules of the game,” Satpayev said during a recent discussion uploaded to YouTube. “The emphasis was placed on the need to create absolutely new political tools, but we now see that these tools have not changed much.”

Tokayev has repeatedly promised not to seek more than the allotment of two terms allowed by the current constitution.

If he sticks to that pledge, even if he is elected for a seven-year term this year, he would be due to leave office in 2029, the same year he would have left had he served two five-year terms, but a few months later.

But there is nothing to stop him or future presidents tinkering with the constitution again to prolong their rule, since they change the law “like gloves,” as one caustic commentator put it on Instagram.

The person had a point: Tokayev pushed through amendments to the constitution in June, and now wants to alter it again.

Kassenova is prepared to give Tokayev the benefit of the doubt on his reform agenda, while acknowledging its limitations.

“I think he is sincere in his desire to carry out political reforms, but the goal is not full-fledged democratization and political pluralism,” she told Eurasianet. “The objective is to transform the system created during the Nazarbayev period, which is easy to steer but inefficient and excessively corrupt, and improve the quality of governance by removing the extravagant super-presidential features, rearranging the functions and powers among institutions, creating better vertical and horizontal connections, and bringing new people in.”

In the short term his vision may fall short of free and fair elections featuring robust opposition, not least because of “the systematic destruction of opposition” over decades, which cannot be set right in a few weeks, said du Boulay.