Kazakhstan: President demands plan for the repatriation of offshore assets

The call is a clear shot across the bow of former president Nazarbayev's family. 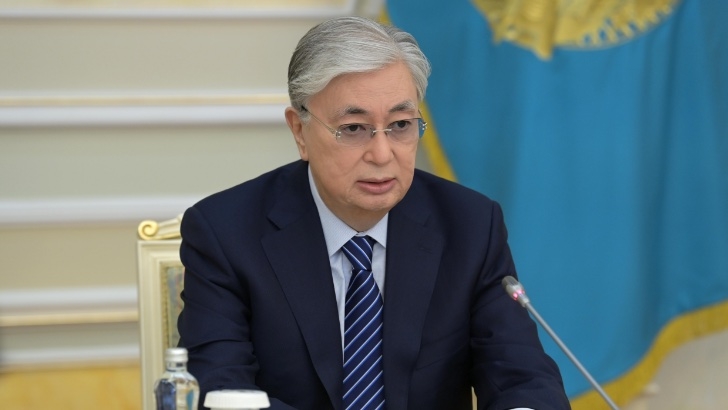 Kazakhstan’s President Kassym-Jomart Tokayev has given the government a two-month deadline to develop a plan for repatriating what he described as vast sums of money illegally spirited out of the country.

In making his remarks to the Cabinet on February 8, Tokayev did not name any people suspected of stashing money in foreign offshores, but the call will be read by many as another shot across the bow of the family of the president’s predecessor, Nursultan Nazarbayev.

Since the politically tinged unrest that roiled the country in the first weeks of January, Tokayev has increasingly adopted rhetoric designed to convey his preoccupation with public welfare. This has been accompanied by repeated references to the deep economic inequality presumed to have energized last month’s protests.

“At this stage, the main job of the government should be to improve the living standards of our citizens, eliminate income gaps, create jobs and decent labor conditions. We should all be working for the good of the people,” he said.

Tokayev has consistently implied that corrupt actors within the elite are to blame for the country’s deep inequality. To add specific substance to his case, he turned his attention to the operations of the Altyn Orda bazaar in Almaty, the commercial capital.

“I instruct the governor of the Almaty region and the Almaty mayor, as well as the government, to work out what is going on there and finally restore some order. It is a shady environment for criminal elements, as we came to find out during the January events in Almaty,” he said.

Local media has for years linked the sprawling bazaar to Nazarbayev’s brother, Bolat, who is also believed to control trade at Khorgos, a free-trade zone on the Chinese border.

Later in the same Cabinet meeting, Tokayev brought up the issue of trade on the Chinese border, a concern that he has now referred to repeatedly.

“The $5.7 billion discrepancy [in trading data reported by Kazakhstan and] China is evidence” that things are not working smoothly, he said.

Indeed, according to Chinese customs data, Sino-Kazakh trade stood at $25.2 billion last year. Kazakhstan’s government has not yet published full-year figures, but it has reported trade from January-November at just $16.6 billion.

The discrepancy appears to imply that vast volumes of goods are entering the country off the books and that influential and corrupt figures are pocketing huge amounts of money.

The subject of the extended Nazarbayev family’s offshore holdings has even become a topic of discussion in Britain’s parliament.

Speaking in the House of Commons on February 3, MP Margaret Hodge listed names of multiple Nazarbayev family members and many of its close associates as the beneficiaries of Britain’s relaxed attitude toward corrupt practices in foreign jurisdictions.

“Between 2008 and 2015, we issued 205 Kazakh kleptocrats with golden visas to settle with their dirty money in the [United Kingdom],” Hodge said. “A recent Chatham House report reveals that the Kazakh elite owns over half a billion pounds of property in the UK. Around £330 million [$447 million] of that belongs to Nazarbayev’s extended family, including Sunninghill Park, allegedly bought by Nazarbayev’s son-in-law for £15 million – £3 million over the asking.”

The reporting on the Nazarbayevs’ holdings has become so voluminous that it is often difficult to keep track.

In January, the Organized Crime and Corruption Reporting Project published an investigative report detailing how purported charitable foundations under Nazarbayev’s ultimate control have been found to own assets worth up to $8 billion. The assets are said to include a $100 million private jet, banks, TV channels, luxury hotels, shopping centers, a golf course, and billions in cash.

Hodge, the British MP, spoke about how “a UK High Court has highlighted how Aliya Nazarbayeva, Nazarbayev’s youngest daughter, moved over $300 million out of the country through complex offshore structures, including in the [British Virgin Islands].”

The question of how Aliya Nazarbayeva came by that wealth was also alluded to by Tokayev in the Cabinet meeting, when he criticized the way in which automobile recycling fees have to date been collected by a private company. The company in question is Operator ROP, a monopolist that is said to ultimately be controlled by Aliya Nazarbayeva. That arrangement has now been abolished and the chairman of Operator ROP, Medet Kumargaliyev, was arrested in January on corruption charges.

“We made a decision regarding the recycling fee: All funds will now go to the state,” Tokayev said. “We now need to decide on the size of the fee. A working group is actively discussing this issue.”

Nazarbayev has other fabulously wealthy daughters.

An Unexplained Wealth Order imposed by the British courts in 2019 revealed how UK assets owned by Dariga Nazarbayeva, the former president’s eldest daughter, and her son, Nurali Aliyev, include two mansions and a luxury apartment – the latter including an underground pool and a cinema – worth a total of £80 million ($103 million). One mansion, situated on London’s Bishop Avenue, which is popularly known as "Billionaires' Row,” reportedly features 10 bedrooms, an underground pool and a cinema.

The disclosure, which was made possible by UK legislation enacted in 2018 that requires beneficiaries of large funds to explain the origin of their wealth or risk having their assets seized, showed how the real estate in question was controlled via offshore companies based in Panama, Anguilla and Curacao.