Tokayev says their intention is to derail his political reform agenda. 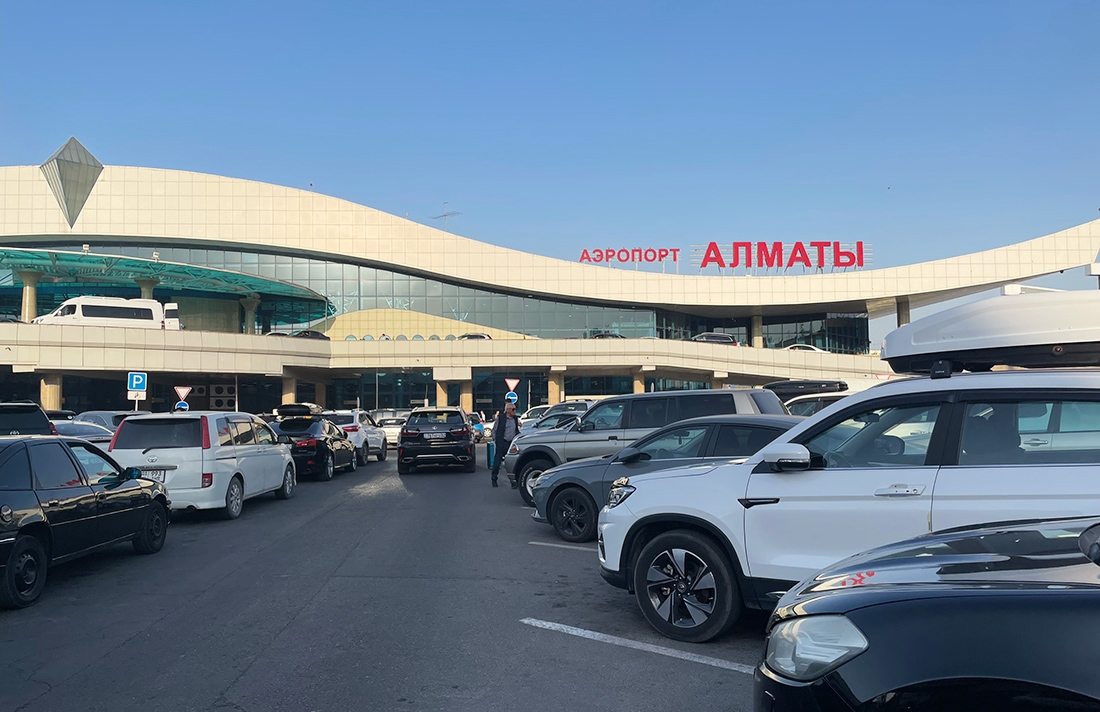 The Almaty airport was apparently one of the targets this week. (Eurasianet)

Kazakhstan has for the past week been on the receiving end of a wave of cyberattacks that IT experts say have slowed down internet connections across the country.

The problem has even drawn the attention of the president, who has blamed the attack on foreign-based actors seeking to sow political turmoil.

“Certain forces are carrying out these actions from abroad with the intention of provoking a revolution inside our country,” Kassym-Jomart Tokayev told an audience in the northeastern Abai province on September 30.

Tokayev based his argument on the fact that the internet slowdown was initially recorded following his announcement of snap presidential elections to take place on November 20.

“They want to prevent positive changes happening in Kazakhstan. But we will not deviate from our course,” he said.

The State Technical Service, or STS, a cybersecurity unit operating under the aegis of the National Security Committee, or KNB, has said it noticed an increase of malicious online activity from September 24 and that the attacks increased after that. Malfunctioning internet connections on September 28 caused multiple morning flights in Almaty and Atyrau to be delayed by several hours.

“Attacks of this type hinder the performance of web services and are aimed at the complete breakdown of internet resources. The [distributed denial-of-service, DDoS] attack used networks of infected computers and … botnets,” the STS said on September 28.

The STS said that the attacks were aimed at government agencies and internet infrastructure. The sabotage was likely linked to “ongoing public events in the country and the world.” The agency did not specify what it meant by that.

Until Tokayev made his speech, no Kazakh officials had tried to advance any theories as to who specifically might be behind the situation. The president's explanation was vague, but echoed language he used to describe the alleged planners of the political unrest that left dozens dead in Kazakhstan in early January.

That turbulence was the work of “terrorist gangs” who had been given “serious training abroad,” Tokayev said.

The blame for plotting the events, which began as spontaneous protests against fuel price rises, has since been pinned on the former head of the KNB, Karim Masimov, who is facing charges of treason.

Speaking to KazTAG news agency, Shavkat Sabirov, the president of the Internet Association of Kazakhstan, concurred with the theory that the perpetrators of the cyberattack might be people linked to the unrest in January.

He offered another explanation, however, suggesting that the hacking activity could be overspill from the war that Russia is waging against Ukraine – an attempt by unspecified parties to cause instability in Central Asia.

Officials in Kazakhstan speak often about what they have cast as the increasingly serious threat posed by hackers.

Speaking to Tokayev in the first half of August, KNB chief Yermek Sagimbayev said his agency has recorded and repelled 295 million cyberattacks and 2,000 DDoS attacks on critical infrastructure in Kazakhstan since the start of the year.

The danger of online facilities becoming compromised is increasingly acute as Kazakhstan pursues greater digitization of the economy and government.

Even as the cyberattack was hitting another peak on September 28, Tokayev was addressing the plenary session of an international technology conference in the capital, Astana.

“The ‘government to citizens’ concept – that is the provision of services to citizens – is one of our most important priorities,” he told attendees of the Digital Bridge 2022 forum. “With the help of digital technologies, we intend to make the daily life of citizens as easy as possible and achieve equality of opportunity for everyone.”