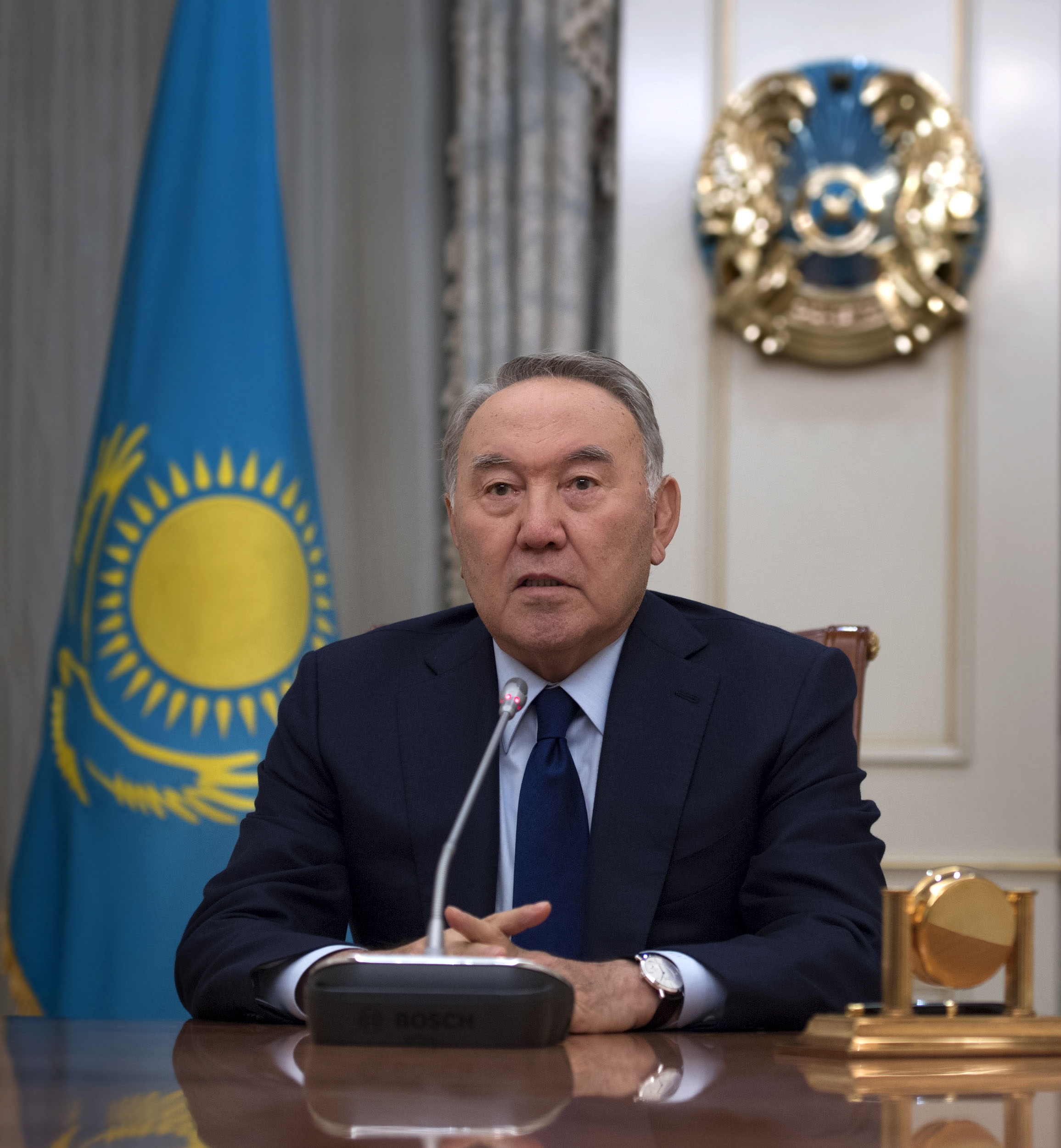 Not happy: Nazarbayev says the government is not up to the job. (Photo: Akorda presidential website)

Kazakhstan’s president has in a highly unusual move issued a public statement criticizing the work of the government and calling for its dissolution.

In the February 21 statement, Nursultan Nazarbayev said the government has failed to implement the measures needed to boost incomes and diversify the economy away from reliance on raw material exports.

“In light of this situation, as the president and guarantor of the Constitution, I am taking heed of the interests of the population and adopting the following decision: I believe that the government should resign,” he said in the statement, which was published online and broadcast on television.

Following this declaration, Nazarbayev’s office announced that Askar Mamin has been appointed acting prime minister instead of the outgoing Bakhytzhan Sagintayev.

The sudden decision to call for the government’s ouster appears to reflect anxiety among the ruling elite over the long-mounting mood of public discontent over an economy that has returned to health only on paper.

Gauging the mood is a challenging task as independent media outlets have almost all been snuffed out and protest is not tolerated. But anger burst to the surface in the wake of deadly blaze in the capital, Astana, earlier this month that claimed the lives of five small girls.

Initial shock at the tragedy quickly evolved into fury as details emerged about how profound poverty had compelled the parents of the children to leave them unattended to work night shifts just to make ends meet. That anger only grew as officials appeared intent on downplaying the incident and adopting piecemeal solutions to deep-set problems that go far beyond fire safety.

Nazarbayev’s broadside against the Cabinet reprised points that have been made by government critics over many years.

“The government, along with the National Bank, has not managed to fully create real incentives and opportunities for high-quality economic growth,” he said.

The rural economy is not producing enough employment and small and medium enterprises are still struggling to become drivers for growth, he said.

Seeking to deflect blame from himself, Nazarbayev argued that he has put the necessary constitutional and financial measures in place to grant provincial authorities the power to address shortcomings in healthcare, education and industry, but that the opportunity was squandered.

“No systematic work was done. The real incomes of the population have not increased. Spending on food as a share of the family budget is growing,” he said.

By way of a solution, Nazarbayev said he would advance some firm proposals at the next congress of the ruling Nur Otan party, which holds almost all the seats in the rubber-stamp parliament. In short, the plan looks to be spending more money – “considerable funds,” as Nazarbayev put it – on additional support for low-income families and effecting major changes to existing regional development policies.