The city is the former president's baby. 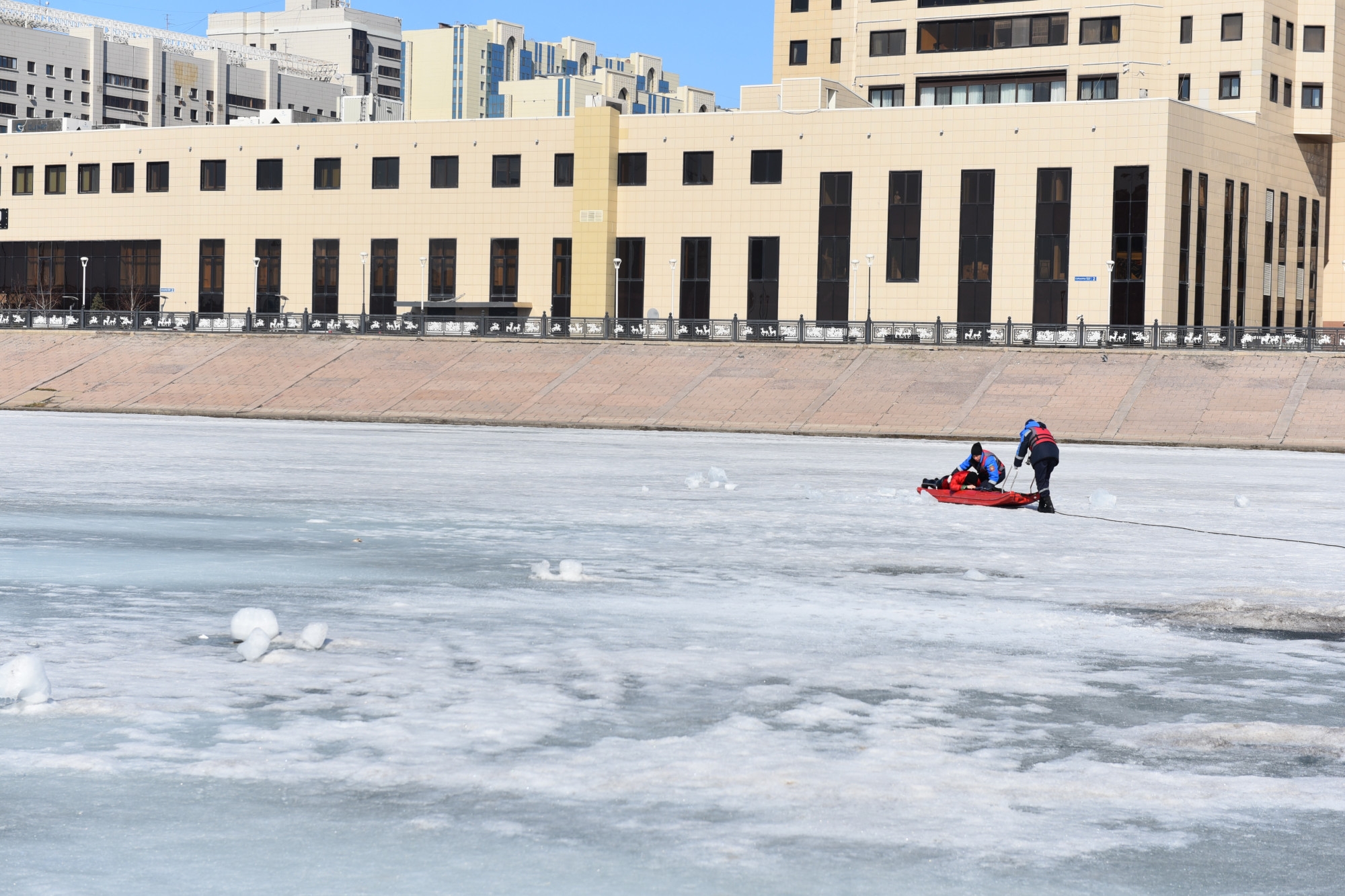 Thin ice: Nur-Sultan is not well designed considering how cold it gets. (Photo: Nur-Sultan city hall)

This gag from Kazakhstan Twitter neatly encapsulates the latest chapter of the country’s political transition.

President Kassym-Jomart Tokayev caused a minor sensation on October 8 by launching a broadside at the shortcomings of the capital, Nur-Sultan.

"There is no unified urban planning policy in the city. This leads to chaotic, messy development in a number of areas,” Tokayev said in his wide-ranging remarks.

Nur-Sultan used to be called Astana. It was renamed on March 23 in honor of former President Nursultan Nazarbayev, who had stepped down only a few days earlier. (Nobody seems wholly certain why the capital’s new name has the non-Kazakh-looking hyphen in it.)

This, and the fact that the city was made into the capital and willed into existence by Nazarbayev in the first place, is what makes Tokayev’s criticism so noteworthy.

“The design of the streets and buildings does not have a single, harmonious style,” Tokayev said.

The president appeared in part to be alluding to a bombshell article published in February by well-known Russian blogger Ilya Varlamov. The article, titled “What is wrong with Astana: The city’s environment,” listed a series of complaints about the quality of sidewalks, roads, park benches and much more.

The piece drew a mixed reaction. Many were indignant, while others ruefully agreed. Tokayev seems to have taken Varlamov’s side.

But it is not just the design that has exercised Tokayev.

“You know what happens in winter? The city becomes filled with smoke,” he said. “It disgraces us before the people, diplomatic staff and foreigners who live here. And we are positioning ourselves as an international hub, a global city in the heart of Eurasia?!”

Temperatures in Nur-Sultan can plummet to as low as minus 50 degrees Celsius (minus 58 degrees Fahrenheit). While apartments are connected to a central heating system, people in houses usually burn coal to keep warm. That has made the city’s air filthy. The smell of coal is a perennial irritant in winter.

There has been talk for years of piping gas to residential areas, but progress has been slow and halting.

In November, Nazarbayev announced the start to construction of the Saryarka gas pipeline, which was to carry gas to northern regions of the country, including to Nur-Sultan.

Saryarka is to run 1,061 kilometers and cost almost 270 billion tenge ($685 million) to complete. Around 1.7 million people in 171 villages and cities live along the route.

In late August, it was announced that the pipeline would reach the capital by October. A few days later, the deadline shifted to December.

“This is a completely incomprehensible approach,” said Tokayev, remarking on the delays to Saryarka.

Tokayev was not done. He then turned his fire on another notorious failure: the Astana Light Rail Transit Project, known as LRT for short.

This 22-kilometer elevated railway line was supposed to connect the airport with a new train station. Along the way, it was to go through the EXPO exhibition area and Abu Dhabi Plaza, the tallest and the most expensive building in Kazakhstan.

The LRT project was estimated to cost $1.9 billion to build. In 2015, Beijing’s state-owned China Development Bank agreed to provide that amount in the form of a long-term loan and Chinese companies were supposed to do the work. Construction had been scheduled to end by 2017, the year in which Kazakhstan was hosting the EXPO.

Due to financial difficulties, the project only began in 2017 with the plan of finishing by 2019. But in April this year, the city administration announced it was freezing the project following disagreement with China Development Bank over the terms of the loan.

Astana LRT, the state-owned company created to execute the project, had already run into trouble after keeping the bulk of its money in Astana Bank, which went bankrupt last year. Out of $200 million it held at the bank, Astana LRT only managed to recover $8.8 million.

“As regards the ill-fated LRT… the government and [the city administration] decided to continue this, to put it mildly, questionable project. Of course, we have to implement it, because we have international obligations. But there are questions,” said Tokayev. “The length of the LRT is 22.5 kilometers. Look, even during marathons, you run more than 22 kilometers.”

More ominously, the president has tasked the state anti-corruption agency with intensifying its probe into the disappearance of funds during implementation of the project.

On July 30, an arrest warrant was issued for Talgat Ardan, ex-chairman of Astana LRT, who is understood to have left the country.

“It was a planned escape, isn’t it obvious?” said Tokayev, hinting darkly that the city government may have somehow abetted Ardan’s flight. “It is not a problem that depended on a single person. Even if it is the LRT chairman, it is the city hall who made the decision, isn’t it? Go deeper.”

Ardan was appointed chairman of Astana LLR in 2014. In October that same year, one of Nazarbayev’s most trusted lieutenants, Adilbek Dzhaksybekov, became the capital’s new mayor. He remained in the job until June 2016. Dzhaksybekov’s successor, Asset Issekeshev, was another heavyweight politician who filled this position for more than two years before going on to be appointed chief of staff of the Nazarbayev administration.

Dzhaksybekov and Issekeshev are Nazarbayev loyalists. If probes into the LRT hover anywhere near these two figures, it would likely make the former president very nervous indeed.

If the anti-corruption takes Tokayev at his word, there may be many people with cause for worry.

One month after Zhaksybekov became mayor, he appointed one of Nazarbayev’s grandsons, Nurali Aliyev, as his deputy. According to interviews that Aliyev gave to local newspapers, it was he that was responsible for the city’s public transportation system, as well as the LRT project.

Aliyev is the son of Nazarbayev’s oldest daughter, Dariga Nazarbayev, who is now the speaker of the Senate. Despite his youthful 34 years of age, Aliyev is already a very wealthy businessman. In 2016, he was caught up in the Panama Papers scandal for squirreling away dozens of millions of dollars worth of assets in nebulous offshore jurisdictions.

One muckraking Kazakhstan news website even suggested, citing unnamed and seemingly unverified sources, that Aliyev might have had an important financial stake in the LRT project.