The corruption has long been common knowledge. 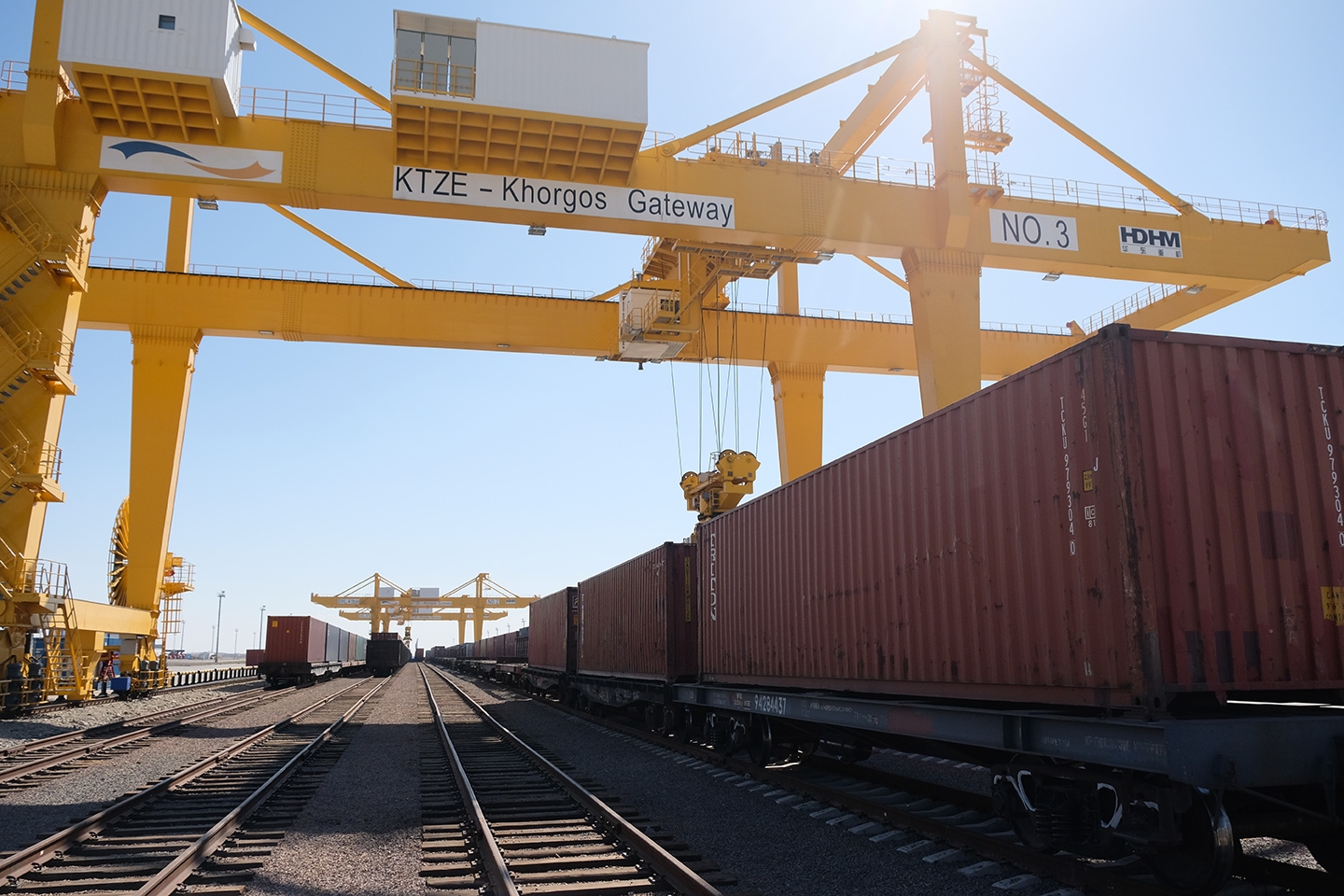 The head of the Khorgos free trade zone on the Chinese border was sacked last week. (Vladimir Tretyakov/Shutterstock)

Kazakhstan’s government has always depicted its border with China as a geographical advantage that makes it a natural bridge for international trade. The country, officials are fond of boasting, is the “buckle” in Beijing’s global Belt and Road transport and infrastructure network.

But the Sino-Kazakh border has instead turned into a cash cow serving vested interests where smuggling is rife.

That, at least, is the conclusion that can be drawn from allegations made by none other than President Kassym-Jomart Tokayev, who has suddenly noticed that vast sums have for years vanished on the border instead of dropping into state coffers as lucrative transit fees and customs duties.

That billions were being funneled off was no secret, as Tokayev himself said.

“The real chaos being wreaked [on the border] is common knowledge,” he stated on January 11, giving a frank assessment of the problems besetting Kazakhstan’s economy in the wake of violent unrest originally sparked by socioeconomic grievances.

“Cars are not inspected; taxes and duties are not paid. The disparity between the mirror statistics [of Kazakhstan’s customs service] with Chinese customs bodies reach billions of dollars.”

On February 1 Tokayev named a figure: $5.7 billion worth of goods had gone missing between leaving China and arriving in Kazakhstan in a single year. Tokayev spoke of “last year,” but it was not clear if he was referring to 2021 or 2020.

According to Chinese customs data, Sino-Kazakh trade stood at $25.2 billion last year. Kazakhstan’s government has not yet published full-year figures, but has reported trade from January-November at just $16.6 billion.

The discrepancy in 2020 was exactly $5.7 billion, the figure cited by Tokayev, according to official data: China reported $21.4 billion, Kazakhstan $15.7 billion.

The key to the disappearing billions is easy to spot, Tokayev said: smuggling on border crossings handling cargo between Kazakhstan and China, of which there are six operating (with severe and ongoing disruptions throughout the pandemic).

The scenario Tokayev hinted at was reminiscent of claims published in 2019 about the existence of a massive contraband ring in Kyrgyzstan involving imports from China and costing the country millions in lost duties.

Kazakh officials who had turned a blind eye to the smuggling for years sprang into action after Tokayev’s broadside.

On January 27 they conducted an inspection aimed at “boosting the transparency of doing business on the Sino-Kazakh border” and immediately dismissed the heads of the country’s two railway stations handling cargo to China: Altynkol near the Khorgos free trade zone – previously the focus of high-profile corruption cases – and Dostyk further north.

“One-day firms, inaccurate declarations and other such ‘games’ should become a thing of the past,” warned Finance Minister Yerulan Zhamaubayev.

The government expects customs revenues to hit the budget in full, and will judge officials on the size of discrepancies with Chinese data, he warned.

Border scams have been going on for years in open view, judging by a report published in 2018 by Transparency Kazakhstan which recorded gaping discrepancies in customs statistics dating back to 2013.

Differences in data collection – the excuse hitherto cited by Kazakhstani officials – could account for partial differences, the anti-corruption watchdog said. But only large-scale smuggling could explain gaps reaching over 90 percent on some items, such as clothing.

So why is Tokayev suddenly blowing the whistle on corruption that has long been common knowledge?

The clue lies in his campaign of “de-oligopolization” to tackle public anger over Kazakhstan’s rich-poor divide and corrupt economic system.

So far, efforts have been targeted at firms connected to relatives of Nursultan Nazarbayev, the former president whose legacy is now being dismantled. A business linked to Aliya Nazarbayeva, his youngest daughter, has had its monopoly on collecting lucrative vehicle recycling fees abolished and its director arrested.

Tokayev’s outburst over goings-on at the Chinese border may also have had Nazarbayev family interests in mind.

He also owns Almaty’s Altyn Orda market where many Chinese imports are sold, and which pays remarkably low taxes for such a popular shopping spot, Ratel.kz reported recently.

But he is not the only family member reputed to have interests on the border with China. Tokayev may have had someone else in mind when he railed against “certain authorized operators that have the status of untouchables” doing business on the border.

Last spring protests broke out among truckers complaining that a well-connected company seemed to enjoy a monopoly on getting vehicles across the frontier while they got stuck for days or weeks.

That firm was Eurotransit, to which Radio Azattyk traced connections to Dariga Nazarbayeva, the ex-president’s eldest daughter, and her partner Kairat Sharipbayev, who was recently ousted as head of state-owned gas supplier QazaqGaz.

As Tokayev promises to dismantle the oligopoly, his compatriots hope he will replace it with a fairer economic model – and arrest those who have reaped the benefits of corrupt schemes.

But skeptical commentators such as Central Asia watcher and academic Edward Schatz are wondering whether it is more a case of “change the players but don’t change the game.”