Authorities have been pushed into action by growing public criticism over the accident. 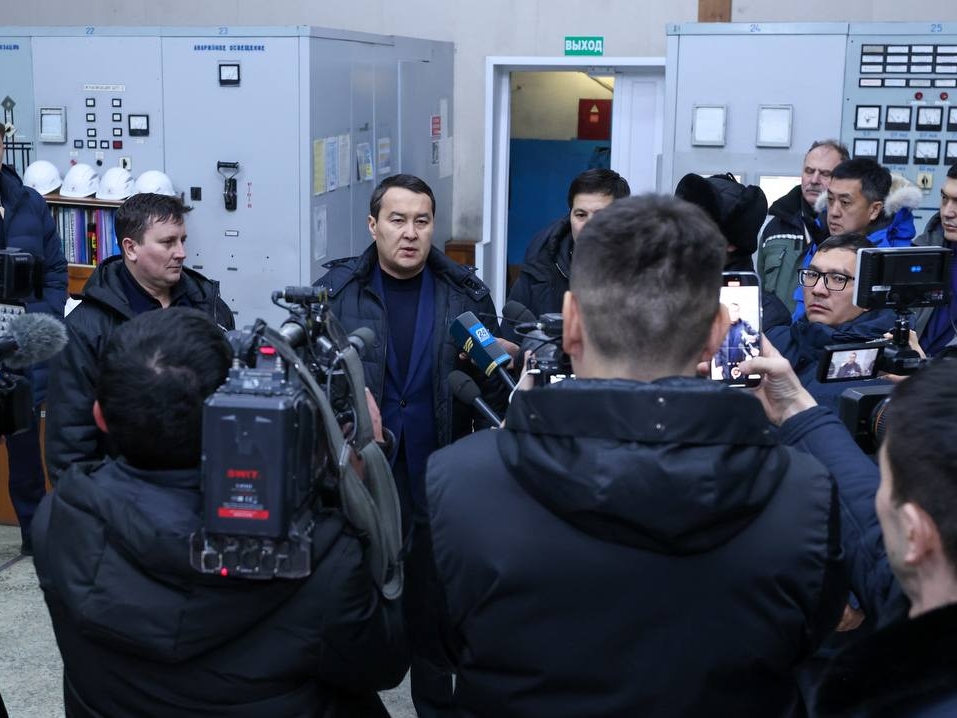 More than three days after a power plant crash plunged residents of the northern Kazakhstan city of Ekibastuz into a deep freeze, it is becoming apparent that government efforts to fix the situation are not going as well as first suggested.

Thousands of residents of the city in the region of Pavlodar are still without central heating amid temperatures stuck in a range between minus 20 and minus 30 degrees Celsius (minus 4 and minus 22 degrees Fahrenheit).

As of December 1, at least 17 apartment buildings remained unconnected to the power station, according to regional authorities.

The regional government is now reporting directly to President Kassym-Jomart Tokayev following the dismissal of Pavlodar governor Abylkair Skakov over connection with the November 27 failure.

On November 30, Prime Minister Alikhan Smailov embarked on a working visit to the city, pledging punishments for those found guilty of causing the breakdown. Local prosecutors have initiated a criminal investigation into the incident.

Meanwhile, there are mounting public demands for investigators to take a closer look at industrial magnate Alexander Klebanov. It is his Central Asia Electric Power Corporation that owns the Ekibastuz power station as well as several others in northern Kazakhstan.

In the immediate wake of the stoppage at the power station, Tokayev ordered Smailov’s cabinet to consider nationalizing “problematic power stations” under private ownership, citing the lack of willingness on the part of owners to invest in much-needed refurbishments.

Authorities are evincing signs of anxiety that the situation in Ekibastuz is now being recast as a story of nationwide failings.

Adil Zhalelov, a famous Russian-language rapper who hails from the Pavlodar region and who performs under the stage name Skryptonite, did just that in a rare, politically themed Instagram post for his 2.1 million followers. Reposting footage of steam pouring from out of service heating pipes in Ekibastuz, Zhalelov gave sarcastic thanks for a series of vanity projects completed or begun by the government during independence, before signing off the post: “You go on trusting the government.”

News trickling out of the city of over 100,000 people continues to shock.

On November 30, news website Orda.kz reported that residents of apartment buildings still unconnected to central heating were being asked not to use their toilets and sinks at risk of burst pipes.

Prior to his dismissal, Skakov acknowledged that there had been reports of at least seven instances of radiators exploding inside flats.

With electricity so far unaffected by the power plant’s woes, demand for electric heaters has soared.

On the same day that Smailov arrived in the city, a Pavlodar businessman’s initiative to crowdfund and distribute more than a hundred heaters almost ended in tragedy as scores of people crushed to the front of the line.

The most embarrassing facet of the disaster is how often, and how recently, it had been predicted.

One video widely circulated in the wake of the accident shows Ekibastuz civil activist Yuri Pavlenko appealing to Tokayev and warning of a looming heating crisis in the city. The video was published in August.

A government commission later carried out inspections in Ekibastuz and ordered CAEPC to speed up repairs and replacements of outdated infrastructure – mostly heating pipes.

For all that, both Skakov and energy minister Bulat Akchulakov expressed confidence that there would be no nasty surprises in the city during the heating season.

“Listen […] this is like the chronicle of a death that everyone knew of in advance,” crowed veteran journalist Vadim Boreiko in an episode on his YouTube channel titled “Accident in Ekibastuz – a bomb under the government.”

Past problems with power stations under CAEPC’s ownership have not resulted in any punishment for Klebanov, a powerful magnate believed to have enjoyed particularly close relations with the family of Tokayev’s predecessor, Nursultan Nazarbayev.

But in the buildup to his reelection last month, Tokayev boasted in what was seen as a bid to distance himself from Nazarbayev’s style of rule that the “era of oligarchical capitalism is coming to a close.”

Lawmakers are pouncing on the populist bandwagon too. A member of parliament called Yerlan Sairov suggested that Klebanov should pay “moral damages” to Ekibastuz residents, as well as the sum required to return the power plant to the condition that it was in before his company acquired it over two decades ago.

Sairov even claimed that the businessman had told lawmakers in the wake of the accident that he was prepared to sell the asset for the symbolic sum of one tenge. But that offer was “not good enough” without additional damages, Sairov said on November 30.

“Like leeches, they sucked the benefit out of these objects. Now they want to throw the problem on the state and the population,” Sairov fumed.

But critical media is already smelling a smokescreen.

Yet Krukov, the private news agency KazTAG reported, is a former subordinate of Klebanov’s, having worked in a management capacity in at least two of CAEPC’s subsidiaries. Another website, Ulysmedia.kz, reminded its readers that the son of current emergencies minister Yuri Ilyin, Igor, serves as Klebanov’s deputy on CAEPC’s board of directors.

Ilyin senior, who was one of the officials to visit Ekibastuz in the wake of the crash, responded to a question from a journalist on this connection back in March, noting that “every citizen has the right to work where [they] can be useful, and of benefit.”