Kazakhstan pushes back at threats of prominent Russian propagandist 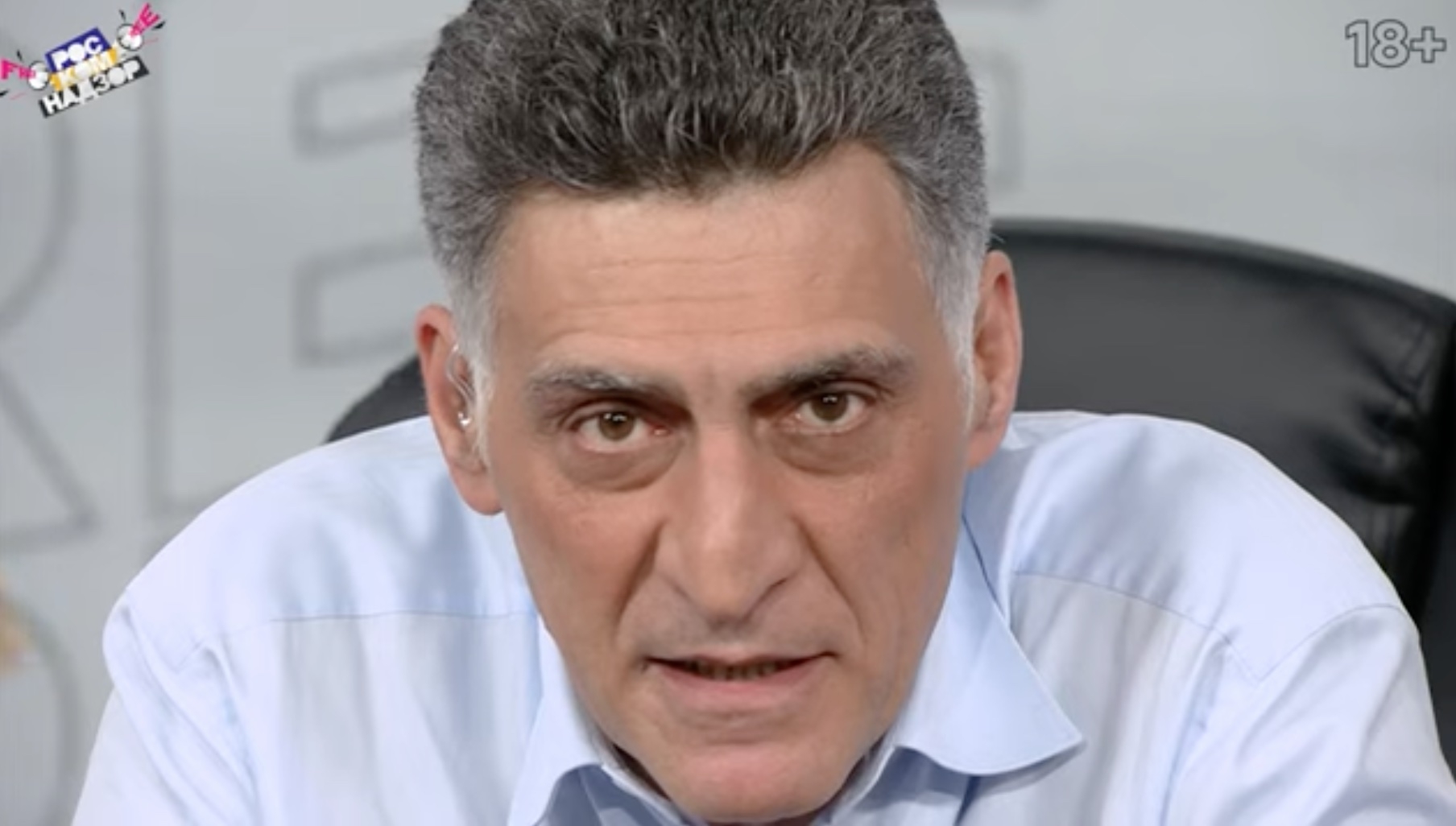 Kazakhstan has hit back at a prominent Russian television talk show anchor who published a tirade on his YouTube channel inveighing at the Kazakh authorities for cancelling annual World War II victory commemoration events and warning that the country might incur the same fate as Ukraine.

The Foreign Ministry in Nur-Sultan said on April 27 that Tigran Keosayan, one half of a Russian propaganda powerhouse with his wife Margarita Simonyan, who heads Kremlin-run broadcaster RT and the Rossiya Segodnya state media holding, may now be barred from entering Kazakhstan for his comments.

In the remarks uploaded to the internet on April 24, Keosayan suggested that cancellation of the Victory Day parade normally held on May 9 was little short of treachery toward Russia, Kazakhstan’s closest economic and security partner.

“Kazakhs, what kind of ingratitude do you call this?” Keosayan said. “Look carefully at what is happening in Ukraine… If you think that you can get away with trying to be so cunning, and imagine that nothing will happen to you, you are mistaken. The world has changed, everything has changed.”

Keosayan, a part-time director whose default manner might be best likened to that of U.S. late-night talk show hosts, has in recent years emerged as one of the Kremlin’s most rabid and aggressive champions. His arguments closely mirror the most extreme Russian government talking points.

The war in Ukraine, Keosayan argued in his video, was nothing but a proxy war between Russia and NATO nations, the United States foremost among them. “Fraternal nations,” he said, alluding to Kazakhstan, should show resolve and “take a side.” Those who adopt an ambiguous position, meanwhile, must be considered enemies by Russia, he continued.

Kazakhstan has made strenuous efforts to ensure it does not fall on anybody’s wrong side. One on hand, Nur-Sultan has expressed support for Ukrainian territorial integrity and pledged full cooperation with the international sanctions imposed on Russia. But it has also maintained regular and cordial dialogue with Moscow since the war started on February 24. As recently as last week, Foreign Minister Mukhtar Tileuberdi was in Moscow to meet with his Russian counterpart, Sergei Lavrov, and participate in a Central Asia-themed gathering of officials organized by Russia.

Nur-Sultan has been in a particularly tight spot with Moscow since early January, when President Kassym-Jomart Tokayev appealed to the Russia-led Collective Security Treaty Organization defense bloc to intervene in helping contain a nationwide revolt that had turned violent. Analysts at the time suspected that call for aid might place Kazakhstan in a far weaker position toward Russia in future.

Keosayan referred to this fact in his rant, implying that the Kazakhs had been ungrateful to Russia for its efforts to “put a stop to the mess” that unfolded in January.

Officials in Nur-Sultan have attributed the decision to cancel May 9 parades across the country to cost-cutting, although few are convinced by this explanation. Opinion surveys have revealed a spectrum of often strongly varying positions on the war in Ukraine and it is likely that the authorities were eager to avoid any scope for internal tensions in what has already been a difficult year for the country’s rulers. In the interests of avoiding social unrest, the General Prosecutor’s Office on March 28 published a statement that was essentially a blanket warning to the general public to refrain from posting overly provocative messages on social media about the conflict.

Kazakhstan should by now have become used to repeated, threatening remarks about its sovereignty from chauvinist Russian personalities and politicians, who are often given to making unfounded allegations about the mistreatment of ethnic Russians, who account for almost 20 percent of Kazakhstan’s overall population. And nobody has done more to foment Kazakh anxieties than Russian President Vladimir Putin, who remarked in August 2014, just as war was raging in eastern Ukraine, that his Kazakh counterpart, former President Nursultan Nazarbayev, had “created a state on territory where no state had ever existed.” The veiled implication of that observation, which strongly echoes the kinds of things Putin now says about Ukraine, was that Kazakhstan’s sovereignty could be undone as easily as it was formed in the first place.

The timing and vituperative nature of Keosayan’s comments, however, have prompted an especially strong pushback from Kazakhstan’s Foreign Ministry on this occasion.

Aibek Smadiyarov, a spokesman for the ministry, wrote on an official Telegram channel on April 27 that the TV presenter’s speech was “offensive and biased.”

“Perhaps his statement reflects the views of a certain part of the Russian public and the political establishment, but it in no way abides by the spirit and nature of cooperation between our countries,” Smadiyarov wrote, adding that a decision is pending on whether to declare Keosayan a persona non grata in Kazakhstan.

There is a bitter irony underlying the controversy in that Kazakhstan has latterly taken to treating its World War II veterans with far more consideration than Russia has.

As the Russian newspaper Novye Izvestia has noted, in 2021, Kazakhstan topped the list of former Soviet republics for the size of May 9 “victory payments” awarded to the rapidly dwindling number of surviving veterans of that war. Indeed, while Kazakhstan paid those veterans 805,000 tenge (around $1,900 at that time), Russia came very last, alongside Tajikistan, with payments of around $135.