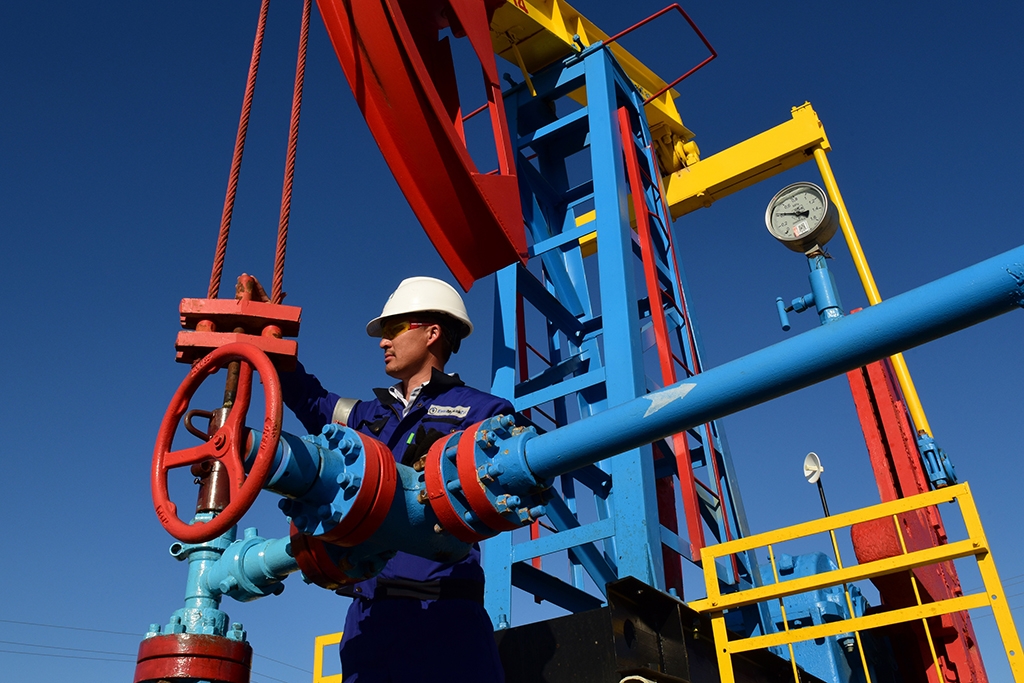 Kazakhstan has renamed the oil it exports through Russian ports in a bid to avoid contagion from Russia’s new pariah status.

The rebranding came after the European Union pledged last week to block all Russian oil arriving by sea by the end of this year.

Kazakh oil has hitherto been exported along with Russian oil under the brand REBCO, Russian Export Blend Crude Oil, which the world knows better simply as Urals crude.

That blend is taking a big hit from sanctions, and is currently trading at about a third less than the Brent standard.

Urals crude normally trades below the price of Brent. But the “Russian grade’s discount to Brent has widened as traditional buyers of the crude retreat due to a mixture of official restrictions and self-sanctioning,” Bloomberg reported on May 31.

It was no doubt with all this in mind that Aktobemunaigaz put the rebranding of Kazakh oil down to “recent significant geopolitical changes.”

This is intended “to avoid negative effect of the changes on Kazakh oil exports via Russian ports,” the company said.

Kazakh oil company sources involved in the trade through Russian ports told Reuters that the new name would be used in official documentation from June 6.

“It’s a necessary measure, so that our oil is not sanctioned, while its name clearly shows the country of origin in the documents,” the agency quoted one unnamed trader as saying. “Otherwise we have problems opening letters of credit.”

Oil from Kazakhstan is not subject to any sanctions. But Reuters quoted traders as saying that “Kazakh shipments have been repeatedly mistaken for Russian barrels.”

Since around 96 percent of exports reached the world through Russia last year, that creates an image problem for Kazakhstan’s oil.

Some international traders have reportedly shunned Kazakh supplies due to fears of sanctions contagion, although both the U.S. and the EU have specified that Kazakh oil is not targeted by measures adopted to punish Russia for waging war in Ukraine.

But as traders play safe, a rebrand may be just what Kazakh oil needs to keep the exports flowing.