The victim was a 64-year-old woman. 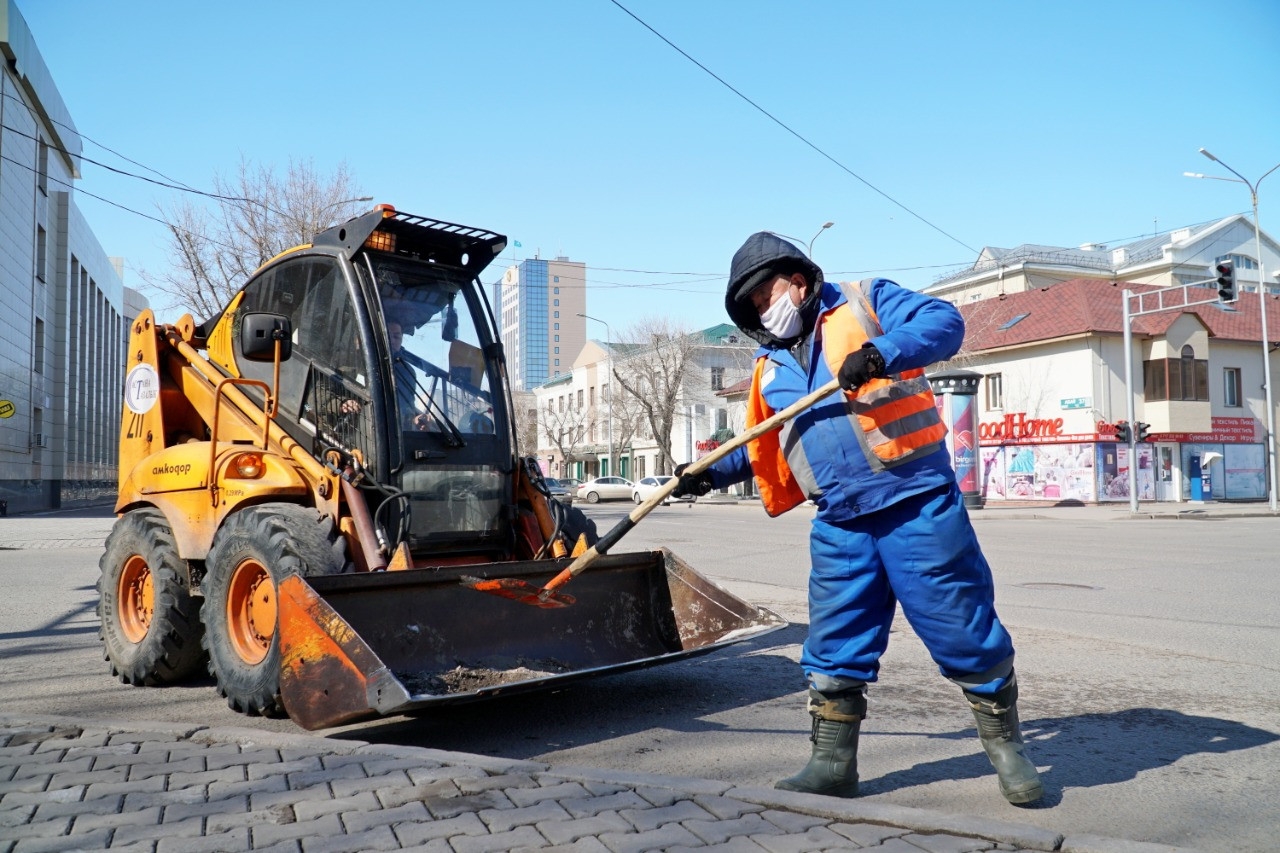 A worker in Nur-Sultan this week (government handout)

A 64-year-old woman in Kazakhstan has become the first person in her country – and the region – to die as a result of being infected with the novel coronavirus COVID-19.

Information Minister Dauren Abayev said on March 26 that health officials in the capital, Nur-Sultan, would provide further details on the case the following day.

“This occurrence once again reminds us of the dangers of coronavirus. Everything that is happening now is a test for all of us,” he said in a briefing to reporters.

President Kassym-Jomart Tokayev expressed his condolences on Twitter and said the death had served as a fresh reminder of the importance of persisting with isolation as a means of halting the progress of the epidemic.

“We will defeat the epidemic together. We will learn lessons, draw practical conclusions,” Tokayev wrote.

In a more positive development, two patients who were previously suffering from a coronavirus infection – one in Nur-Sultan and the other in Almaty – have been discharged from hospital after being given a clean bill of health, Abayev said. The woman in Almaty will remain in home quarantine and under medical observation for a further two-week period.

As of the late evening that same day, 112 cases of COVID-19 had been confirmed so far in Kazakhstan, which is experiencing the most widespread outbreak in Central Asia. The bulk of cases have been registered in Nur-Sultan and Almaty – 61 and 40, respectively.

But the coronavirus has also been detected in towns and cities across a wide geographical expanse in recent days – four in Karaganda, in central Kazakhstan, two in the city of Shymkent and the Zhambyl region, which are in the south, hundreds of kilometres away, and standalone cases in the regions of Almaty, Aktobe and North Kazakhstan.

The government has unveiled new and tougher lockdown measures for Nur-Sultan, Almaty and Shymkent. Under these rules, which will come into effect on March 28, people will not be allowed outdoors other than to buy groceries and medicine or to go to work. Access to parks, squares, pedestrian streets, riverside footpaths and playgrounds will be barred. Underage children will not be permitted out without their parents.

Although compliance with the rules appears to have been good across the board, some individuals and businesses have tested the patience of the authorities. Prosecutors in Nur-Sultan on March 26 said 159 had been charged with violating the terms of the state of emergency since the capital went into lockdown on March 19. Businesses that have resisted the requirement to close included five beauty salons, five saunas, 13 cafes and three billiard halls.