Businesspeople worry that Kazakh reliance on Russian export routes is going to harm the economy. 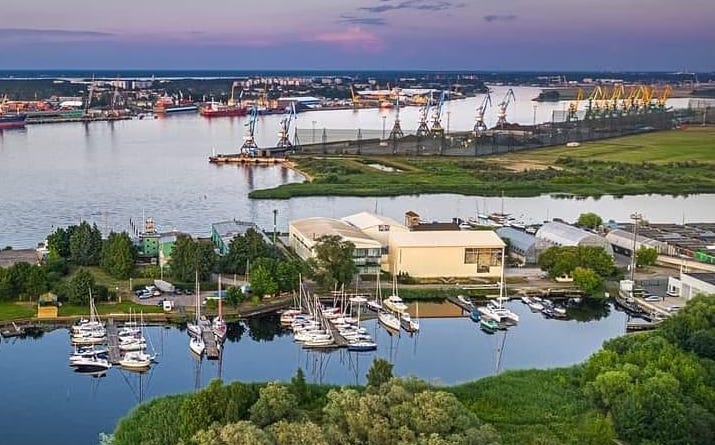 Kazakhstan’s import-export companies are redirecting their shipments away from Russian ports toward Latvia out of concern of falling prey to the mounting pressure of sanctions directed at Moscow.

Officials from Kazakhstan and Latvia met on March 3 to agree on a deal for cargo either going to or from Kazakhstan to be shipped through Riga, Ventspils and Liepaja, the Industry and Infrastructure Development Ministry in Nur-Sultan said in a statement.

Business owners in Kazakhstan have for several days been warning about the likely fallout of the Russian invasion on Ukraine.

Kanat Kopbayev, a co-owner of Kusto Group, a Kazakhstan-focused investment holding company, complained in an open letter published on March 1 that ports in Belgium, Germany, Estonia, and the Netherlands were refusing to accept cargo, including goods originally from Kazakhstan, if they had been sent through Russia.

Kazakhstan’s closeness to Russia, which extends to economic relations by virtue of their membership in the Moscow-led Eurasian Economic Union trading bloc, is threatening to pitch the country toward a “disaster,” Kopbayev said.

“Now the whole world is against Russia, and we are in the same boat. We, of course, are not Hitler for them, but we are Mussolini,” he wrote.

Kopbayev told the Kazakh version of Forbes news website that the shipments of many Kazakh companies are standing idle and that export-oriented companies – he mentioned Kusto’s Kostanai Minerals as one case in point – have suspended operations.

Imports are also coming under pressure. Poultry farms in Kazakhstan are strongly reliant on feed imported from Brazil, and supplies are tightening, Kopbayev said.

Customary reliance on Russia as a transit nation for goods has left Kazakhstan’s supply chain especially exposed at this time.

Industry and Infrastructure Development Minister Kairbek Uskenbayev on March 3 set up a task force to analyze how to avoid the impact of the “worsening state of affairs between the European Union and Russia” on international transport.

There are other options. The government is looking to make fuller use of the Trans-Caspian International Transport Route, which runs through the Kazakh ports of Aktau and Kuryk, across the Caspian to the South Caucasus and then toward Europe via Turkey.

Another potential transit nation is China, although that eastern option is fraught with its own complications. Last year, China cited coronavirus concerns as its reason for banning food imports from Kazakhstan, all while the volume of Chinese cargo transiting across Kazakhstan has grown. Intensified inspections on the border caused major bottlenecks of railcars on the Kazakh side, a situation that ultimately culminated with Kazakh railroad authorities banning the eastward passage of Kazakh cargo freight.

Negotiations are ongoing to break the logjam on the Kazakh-Chinese border, but there is no clarity about the progress of those talks.

Price inflation across some goods looks like an inevitable consequence. Yuri Negodyuk, a co-owner of several restaurant chains in Kazakhstan, told KazTAG news agency that suppliers of foodstuffs imported from Europe and Russia have cited the fall of the tenge, Kazakhstan’s currency, and disruptions in the supply chain as the reason for a 40 percent hike in what they charge for their goods. Consumers will feel the consequences in the coming two weeks or so.