Nur-Sultan says the Eurasian Economic Union should not be politicized. 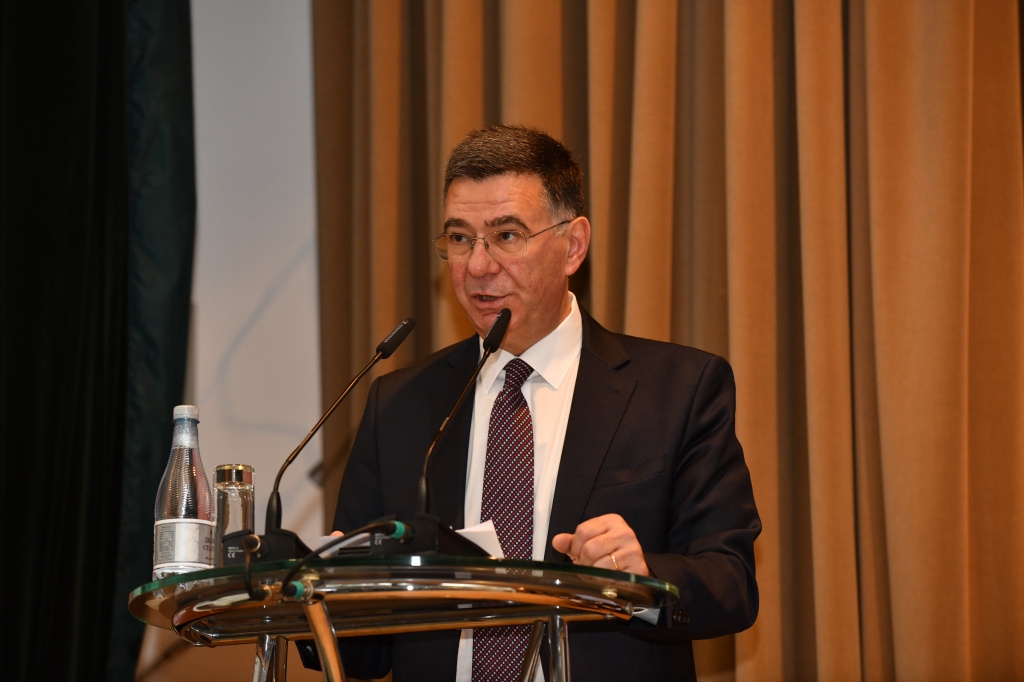 Alexander Pankin speaking at a conference in 2019. (Photo: CSTO)

Russia might be embroiled in an ever-souring battle of wills with the West, but Kazakhstan wants no part of it.

In a statement on June 5, the Foreign Ministry in Nur-Sultan said it would refrain from getting involved in any negotiations among members of a Moscow-led trading bloc on a possible coordinated response to Western sanctions against Russia or Belarus.

The goal of the Eurasian Economic Union – which is comprised of Armenia, Belarus, Kazakhstan, Kyrgyzstan and Russia – is to ensure the free movement of goods and labor, and it should not be politicized, the ministry said.

“Kazakhstan takes the position that integration processes within the EAEU are of a purely economic nature,” the statement noted.

This lack of solidarity is bound to come as a disappointment to Russia.

Russian Deputy Foreign Minister Alexander Pankin as good as took the support of EAEU partners for granted on June 4, when he said on the sidelines of the St. Petersburg International Economic Forum that the bloc would act as a united front, if Western countries follow through on threats to slap sanctions on Belarus.

“The question of reciprocal measures against unfriendly sanction policies by third countries against the EAEU members is on the agenda. It is being considered and will be considered,” Pankin said.

Kazakhstan is responding, quite simply, that this matter is not – and will not be – on the agenda.

EAEU members do not find it easy, however, to resist getting involved in these broader geopolitical disputes. Kazakhstan’s currency is particularly exposed to the fortunes of the Russian ruble. Inflationary pressures provoked by Russian import-substitution policies have likewise been felt in Kazakhstan, which has over recent years increasingly imported food from its northern neighbor.

The Kremlin has not, though, by and large pressured its partners too insistently about forming a united front against the West (despite the exhortations of some analysts) – most likely because it knows that such efforts would probably be doomed to failure.

Now that Belarus is in the firing line over its rapidly worsening human rights violations, however, Russia appeared to have spotted a new opportunity to push solidarity rhetoric among the bloc’s members. Nur-Sultan’s hasty and negative response will not be encouraging.