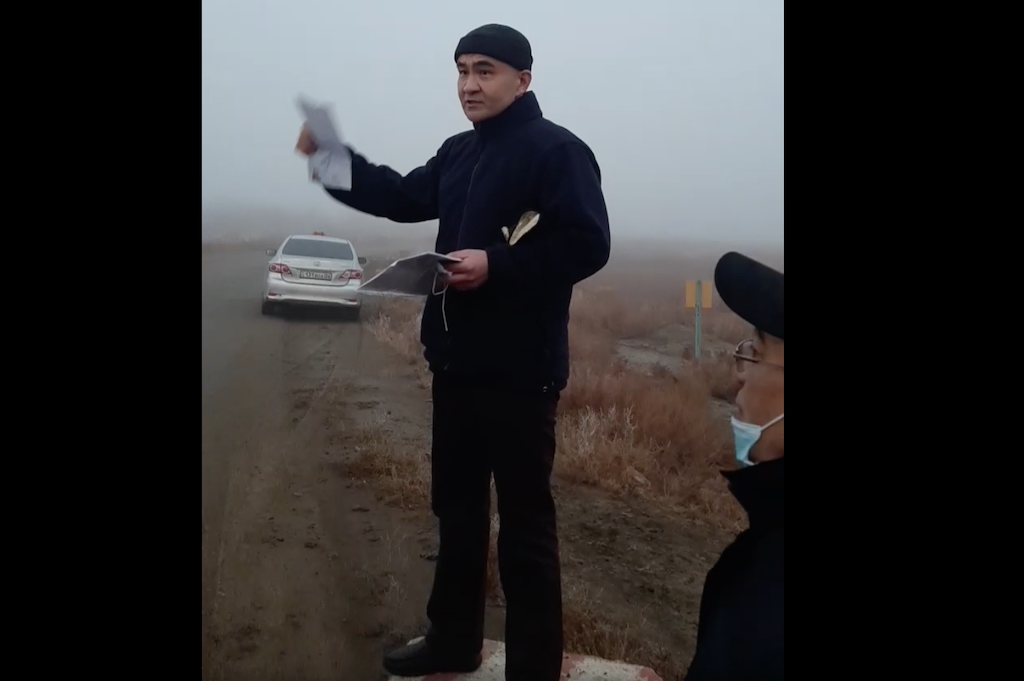 Max Bokayev, who has been released after serving a five-year sentence for his rabble-rousing against land reforms proposed by Kazakhstan’s government, has pledged to continue his activism.

Speaking to the dozens of supporters who met him as he emerged from prison in the city of Atyrau on February 4, Bokayev said he believed nothing had changed in the country since his jailing. He has vowed to organize nationwide rallies every Sunday in a demand for reforms. The first is schedule for February 28.

Bokayev said one leading goal was to seek a fresh round of parliamentary elections this year to remedy the January 10 vote that international election monitors and activists alike have noted offered little genuine democratic choice.

The remarks indicate that Bokayev has little intention of tempering his stance since he and an associate, Talgat Ayan, were sentenced in November 2016 to five years in prison on charges of inciting hatred, disseminating false information and holding unlawful rallies.

The wave of unusually well-attended protest rallies that rolled across Kazakhstan in spring that year were sparked by changes to the Land Code that were, in the view of its critics, intended to culminate in the sale and lease of land to foreign nationals. Demonstrations began first in the western city of Atyrau, then spread to several other cities. The protests eventually forced the authorities to backtrack on plans for land reform.

Ayan was released in the spring of 2018 after the court granted a request to downgrade his prison sentence with a penalty of limited freedom, which meant he was able to return home under supervision. Bokayev served his sentence in full.

It is uncertain that Bokayev will actually be able to participate in a demonstration without risking more prison time. A court in his hometown of Atyrau in January ordered that he be placed in administrative supervision for three years, which makes him subject to strict restrictions. One requires, for example, that he only leave his home at times approved by the police. Bokayev has filed a legal appeal against the ruling.

The authorities are showing ample sign of apprehension over Bokayev’s popular appeal.

One day before his release, police intercepted outspoken independent journalist Lukpan Akhmedyarov as he was traveling from his home city of Oral on his way to Atyrau, where he had hoped to cover the activist’s release. Police forcibly returned Akhmedyarov to Oral, purportedly for questioning in connection with a criminal case dating back to last year.

Bokayev was probably wrong in claiming nothing has changed in Kazakhstan, however. If, back in 2016, police were ill-prepared and possibly more tolerant of protests, the same cannot be said now.

Turbulence in Kyrgyzstan and Belarus have made Nur-Sultan especially jumpy. When discontented citizens came onto the streets to show their unhappiness at how the January 10 parliamentary elections had been held, protestors, and even passersby, were detained en masse. In one instance, dozens of demonstrators were encircled by police detachments for up to nine hours, exposing them to subzero temperatures.