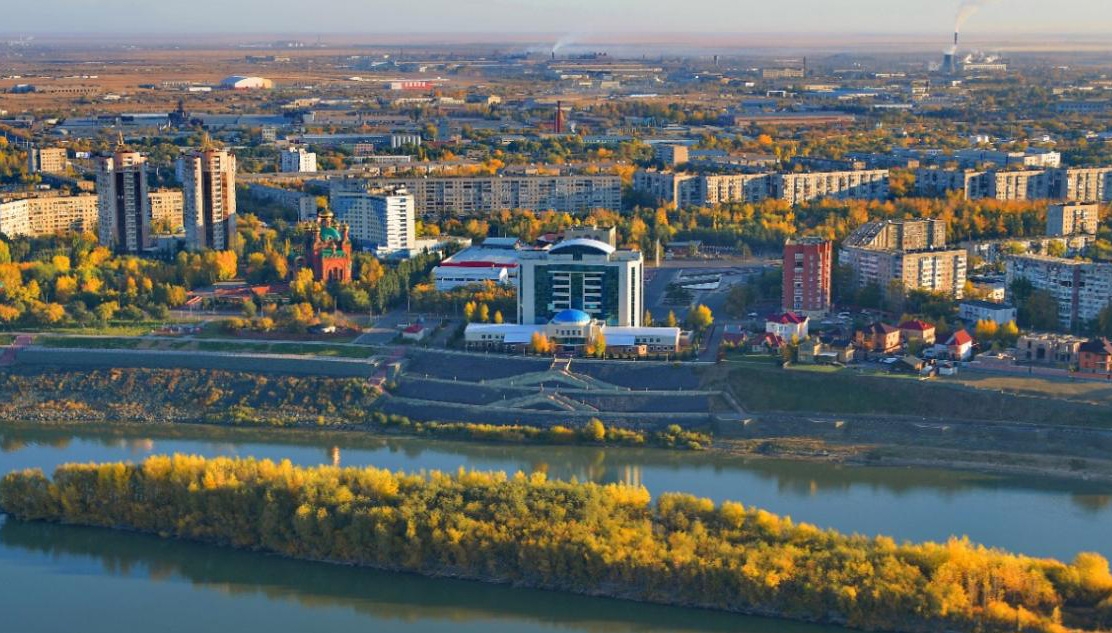 Rents have jumped especially in northern cities like Pavlodar, across the Russian border. (local government handout)

Rents have shot up by a third in parts of Kazakhstan’s borderlands with Russia, as the housing market reacts to increased demand from Russians fleeing mobilization.

The news will fuel concerns being aired on social media about the impact of the influx of Russians to Kazakhstan.

Rents in border areas rose by 15-34 percent in the week to September 25, a study by Krisha.kz, a website that advertises real estate, found.

“The price increase took place mainly over the weekend [September 24-25] and is connected to an increase in demand for rental accommodation,” it reported.

“The cities most in demand, judging by user inquiries, are Uralsk, Aktobe, Kostanay, Petropavlovsk and Pavlodar. The number of views of announcements in those places grew by two to three times compared to the usual stable level.”

The sharpest rises occurred in Aktobe in western Kazakhstan and Uralsk in the northwest, where prices rose by 34 percent over the week.

In Kostanay they were up by 25 percent, in Pavlodar by 19 percent, and in Semey and Petropavlovsk by 15 percent.

Astana, the capital, and Almaty, the commercial capital, experienced smaller rises, of 5.6 percent and 5.1 percent respectively.

On September 27 Prime Minister Alikhan Smailov acknowledged that Kazakh citizens were in a “difficult position” as a result of rising rents. He ordered measures to “stabilize” the housing market, but did not specify what they might be.

The rush for accommodation has also led to a shortage of hotel rooms.

On September 27 the Booking.com reservation website was offering only one hotel in downtown Almaty with a double room available, at a cost of some $300, and one in central Astana for the princely sum of $1,250.

For both cities, the site showed a message saying: “99 percent of places to stay are unavailable for your dates on our site.”

Such is the shortage of beds in Uralsk that one cinema has been offering Russians the chance to sleep inside.

On September 27 the Interior Ministry released figures showing that 98,000 Russians had entered Kazakhstan since September 21.

It also said 64,234 Russians had left, though whether for Russia or a third country is unknown.

The ministry did not provide figures for previous periods for comparison.

It did say that 1.7 million Russians had entered Kazakhstan this year. For comparison, 3 million Russians entered the country over two years from 2018 to 2019 –1.5 million each year, on average. Many will have stayed temporarily then left.

As members of the Eurasian Economic Union free trade zone, Russian citizens can enter Kazakhstan visa-free and remain for up to 90 days.

As social media remains abuzz with talk of arriving Russians, President Kassym-Jomart Tokayev said Kazakhstan would show “humanity” and assist them, though he did not specify how.

“Most of them have been forced to leave because of a hopeless situation that has arisen. We should show concern for them and assure their security. This is a political and humanitarian matter,” he said.

“In this difficult situation we need to show humanity, patience and good organization,” he continued. “We have no crisis and no panic. The government should do its job. Those arriving from abroad will be given assistance, but will not receive any preferential advantages.”

Tokayev promised to hold talks with Russian officials to “solve this problem in the interests of our country.” He did not specify what outcome he might seek.

It might be a difficult conversation, given Russian displeasure over its ally Kazakhstan not offering support for its war in Ukraine.