Kazakhstan: Residents of blast-hit town on the march

Arys residents say they want the authorities to give them new homes. 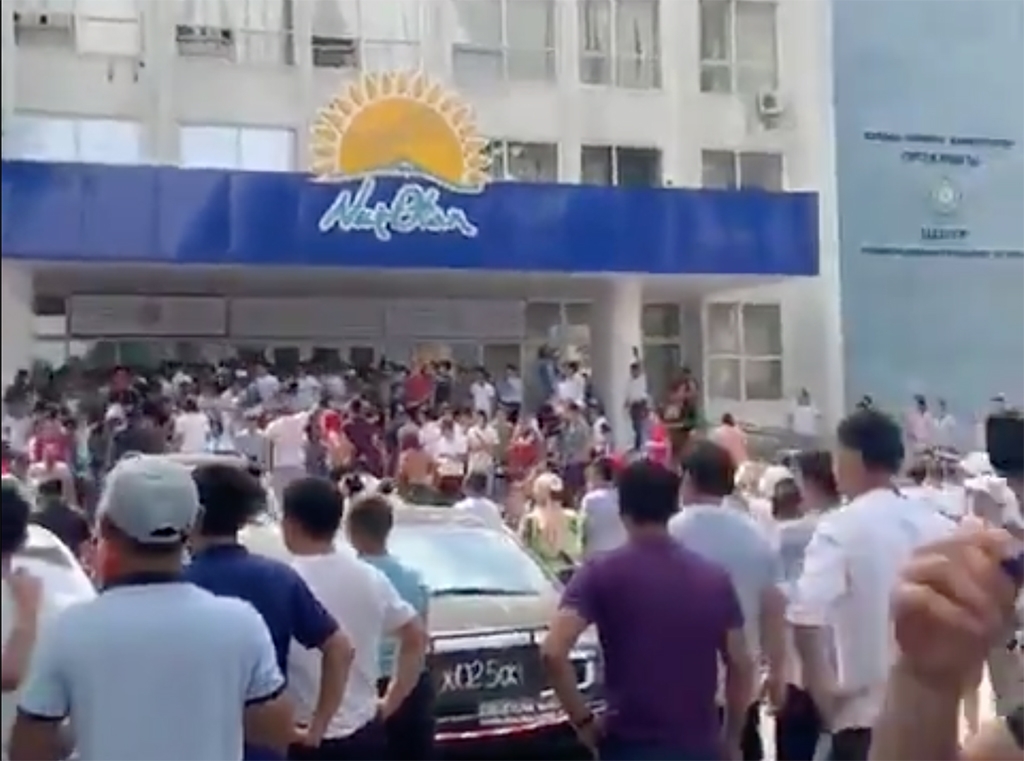 Hundreds of residents from a southern Kazakhstan town shattered by a huge explosion at a nearby ammunition depot mounted a spontaneous march on June 27 to demand new homes in another part of the country.

The rage appears to have stemmed from a statement made the day before by Shymkent Mayor Gabidulla Abdrakhimov, who said that Arys residents should not expect to receive alternative accommodation in his city or in the Turkestan region, where Arys is located, and that the emphasis will instead be placed on repairing existing homes.

But many are strongly resistant to returning to Arys, where at least three people are known to have died as a result of the explosion at the military depot. Two of the fatalities were soldiers, while another was a civilian. The stricken facility has seen several similar if smaller incidents over the past decade. In 2009, three people were killed in an explosion. Another blast claimed two lives in 2014. And yet a further incident, the year after that, killed one more.

The crowd in Shymkent was met by Turkestan governor Umirzak Shukeyev, who reprised the mayor’s line, that all the government could do was to perform repairs in Arys and provide people with all the assistance they needed. Abdrakhimov, who was accompanying Shukeyev, said his city was not in a position to offer homes to people from other cities, especially as there is already a long waiting-list of people hoping to get state-subsidized housing.

It was this response that appears to have deepened frustrations and prompted the march on the Nur Otan office. Radio Azattyq reported that some in the crowd were heard chanting “Oyan, Kazahkstan” (Wake Up, Kazakhstan), the slogan that has become the rallying call of the youth-driven opposition movements that have sprung up in cities like Almaty and Nur-Sultan.

In apparent acknowledgement of those frustrations, Labor and Social Protection Minister Berdibek Saparbayev said on June 27 that it was the military facility that would be relocated.

“On the instructions of the president, we have set up a commission to address the question of moving the military base from Arys to a safe place. Our main job is to prevent the recurrence of a similar tragedy in future,” Saparbayev said.

Tens of thousands of people were evacuated from Arys in the immediate wake of the ammunition depot blast that occurred on June 24. To compound the confusion that ensued, rumors about mass disappearances have been circulating on social media websites and messaging applications.

Saparbayev appealed to the public to refrain from engaging in “provocations” and “not to believe the rumors.”

“The government and local authorities are doing everything necessary,” Saparbayev said.