Supporters of the move think it will provide a useful outlet for the momentarily unemployed. 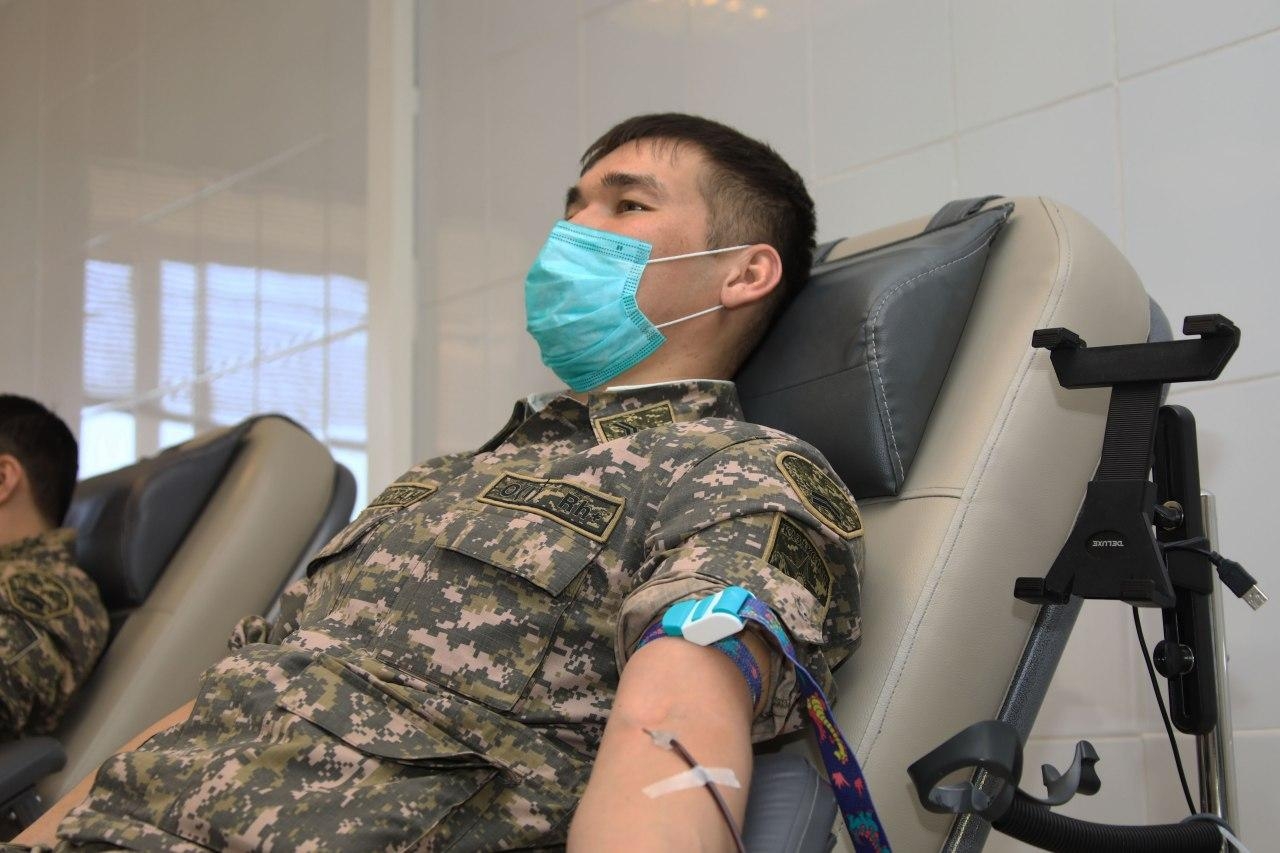 Anybody found attempting to avoid the draft will face administrative charges and be press-ganged forcibly. (Defense Ministry)

Kazakhstan’s president has given the green light to an emergency military recruitment drive as the authorities resort to ever-broader measures to ensure order in the face of the unfolding coronavirus epidemic.

President Kassym-Jomart Tokayev on April 2 approved a decree to call up military servicemen and task local governments mobilize levies to help handle any emergencies that arise as a result of the ongoing crisis.

Speaking at a press conference the following day, Defense Minister Nurlan Yermekbayev said that draftees could be put to work manning checkpoints, patrolling streets, carrying out disinfection, guarding government facilities and assisting in the event of floods.

“This measure is aimed at ensuring the effective and complete protection of the health of our people,” Yermekbayev said.

Yermekbayev said the recruitment drive may be continued for a period of up to three months. The duration of service or even the number of people to be enrolled is yet to be determined. What is known is that men aged up to 60 will be eligible. Among those exempt from the draft are law enforcement officers, aviation specialists, agricultural workers, teachers and full-time students, fathers of three or more underage children, those facing criminal prosecution and elected representatives at all levels.

Anybody found attempting to avoid the draft will face administrative charges and be press-ganged forcibly. There will be $30 fines for draft-dodging.

Young Kazakh men with the means to do so typically excogitate all manner of devices to avoid doing their military service, which can often involve months of living in uncomfortable barracks and ritual physical and mental humiliation at the hands of senior conscripts.

Yermekbayev said that this recruitment should, however, not be confused with regular military service and that the preference was, in any event, for volunteers. Anybody liable for service will retain their jobs and have their salaries covered by the state, while those not in employment will receive a minimum wage, he said.

This may be a boon for the suddenly hard-up. A yet-to-be-fully-determined number of people who worked in locked-down cities like Almaty and Nur-Sultan have lost their jobs because of the checkpoints barring the road from their homes to their place of employment. The bulk of businesses have been forced to simply close their doors.

Azamat Dzholdasbekov, a board member at Halyk Finance, said the emergency levy was a good idea with much potential to mitigate the consequences of the spike in unemployment arising out of the coronavirus epidemic.

The draft “is a way to provide labor and sustenance to young unemployed people and neutralize their protest potential. It is an excellent idea that is fully in compliance with the law and the circumstances,” Dzholdasbekov, who is 57, wrote on Facebook.

Dzholdasbekov’s post did not dwell on whether he would abide by the draft if he were called.