Russia’s war is coming to Kazakhstan in droves, again. 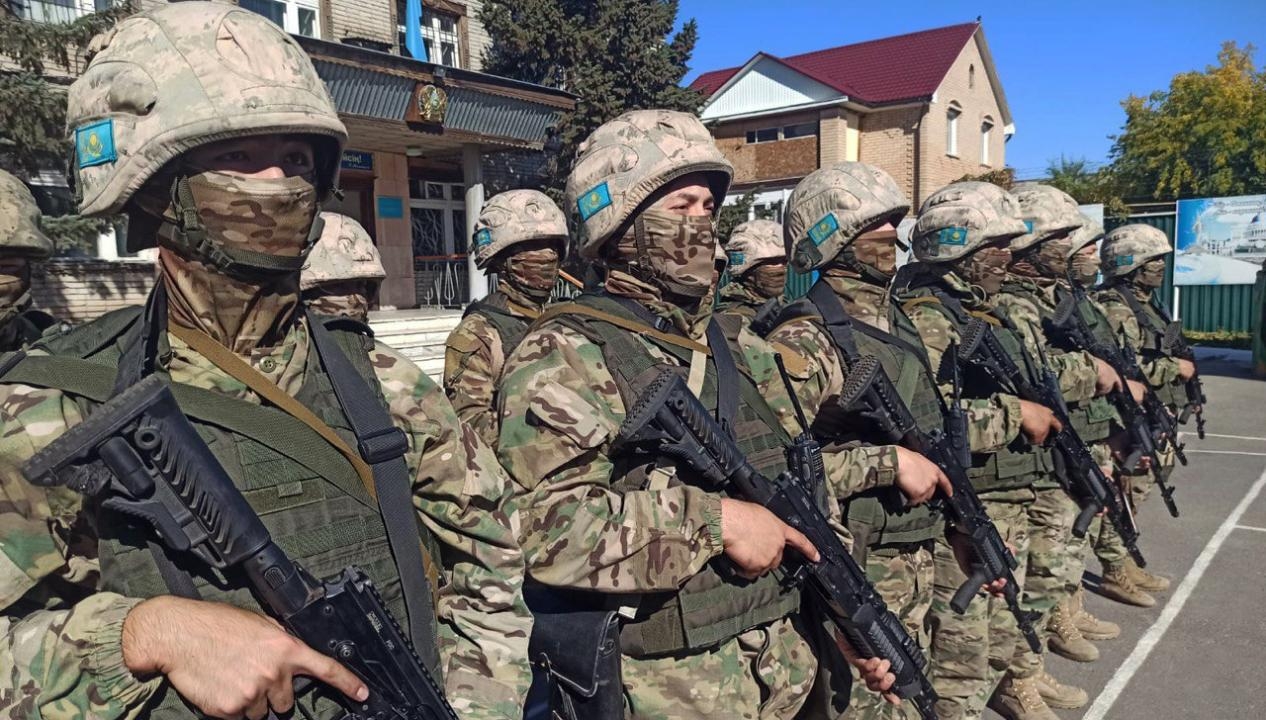 The day Putin ordered his population to mobilize for war on Ukraine, Kazakhstan began military exercises on its Russian border. (Kazakh Defense Ministry)

No sooner had Russian President Vladimir Putin announced a “partial mobilization” to get Russia’s flagging invasion of Ukraine back on track than it was like February 24 all over again.

Russians again are descending on neighbors in the former Soviet region at pace. This week’s mobilization order has seen long, slow moving queues form at Russia’s borders and spiking air fares for flights leaving the country – just like the weeks following Russia’s invasion of Ukraine.

But if the first wave of Russian immigration to Kazakhstan was characterized by craft beer-swilling hipster consultants, IT workers and objectors to Putin’s war, now it is literally anybody who doesn’t want to be at the front.

This is creating some anxiety in Moscow’s southern neighbor.

Footage of cars queuing to leave Russia at checkpoints bordering the regions of Kostanay and Western Kazakhstan show lines that stretch as far as the eye can see, although apparently not as far as at Russia’s border with Georgia, where the reported traffic jam exceeded 10 kilometers.

Dmitry Yefremov, a Russian rights activist who was part of the first wave of emigres to arrive in February, told Eurasianet that he has been contacted by dozens of people heading for Kazakhstan and anxious to understand local bureaucracy.

A man called Sergey, who administers a popular “relocation” Telegram channel, told Eurasianet that his channel had doubled in size from about 4,500 subscribers to 9,000 since Putin’s September 22 announcement.

But the new arrivals weren’t all Russians interested to find out more about their host country.

A lot were angry Kazakhs with “fears that the Russians will come and begin to disrespect the locals, with condescension and imperial manners,” said Sergey, who preferred not to use his full name.

Beyond behavioral concerns, there are inflationary fears, with real estate agents hinting at an overnight bump in rental prices in Astana and Almaty.

“Someone puts a price of 400,000 tenge ($830) for their apartment, another landlord sees it and increases the rental price for his. They are parroting each other, but it is working out for them,” Nurpeisova said.

Online there have been calls to stem the flow of incomers.

But Kazakhstan cannot easily turn them back. It is a member of the Russia-led Eurasian Economic Union, which offers freedom of movement for members.

That there could be no question of stopping fleeing Russians from entering Kazakhstan was confirmed on September 22 by senate speaker Maulen Ashimbayev, who also expressed a forlorn-seeming hope for peace in Ukraine.

News outlets foreign and local were quick to seize on other comments from Ashimbayev that Russian arrivals would not be able to receive permanent residency without documentation from Russian authorities that showed permission to leave. But this is not a new rule.

Draft-dodgers will at minimum be able to stay up to 90 days (30 plus another 60 after registration), while many of their compatriots who came in February are still here to this day.

What the world will look like in 90 days’ time is anybody’s guess.

Kazakhstan, for one, is taking no chances with the latest mobilization.

The day Putin announced the mobilization, on September 21, Astana began military drills in Kostanay near the border with Russia.