The situation has arisen because mischief-making by a so-called patent troll. 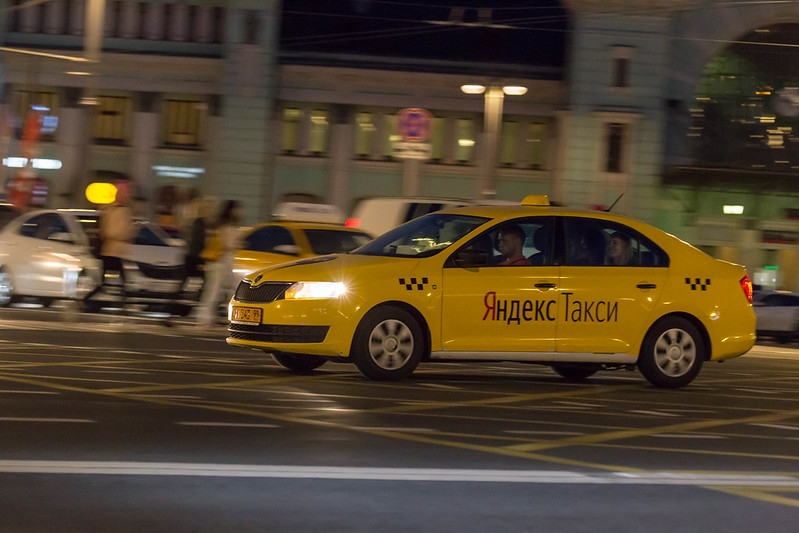 The ride-hailing arm of Russian technology company Yandex is facing an existential threat to its business in Kazakhstan. And a tough Chinese peer is ready to pounce.

Yandex.Taxi is currently appealing a court ruling handed down on May 19 stating that it violated a patent held by a private Kazakh company called G-Taxi. If the company is unable to overturn the verdict, Yandex.Taxi will no longer be able to operate in Kazakhstan.

G-Taxi is essentially a dormant company and does not operate taxis. Public records show that it has paid less than $20 in taxes over the last seven years.

But it has since 2016 held the rights to a patent pertaining to all automated systems employed by taxi services. In 2018, the company used the patent as a pretext to sue Lider.kz, another dominant local taxi firm. That bid failed at the first hurdle.

According to Finance.kz, the business-focused Telegram channel that broke the news of the court verdict against Yandex earlier this month, G-Taxi’s patent covers “a ... system consisting of a GPS tracker built into a mobile device, a mobile application for the user and driver, and a server application for processing (user requests).”

Yandex has protested in a statement that G-Taxi’s patent essentially “describes the basic functionality of almost any online taxi service.” Given that ride-hailing apps predate the patent, the question arises as to how it was possible to register, Yandex’s statement said.

A spokeswoman for Yandex did not respond to a question from Eurasianet asking whether the company thought the verdict could be related to Didi Chuxing’s entry into the market.

Yandex’s expansion to become one of Kazakhstan’s taxi market leaders has come about through a series of agreements struck with local taxi firms. These firms then reach agreements with individual drivers. Didi Chuxing, nicknamed the “Uber slayer” for the comprehensive fashion in which it saw off the Silicon Valley giant in China, has already said that it is seeking to grow its business in Kazakhstan through the same method.

In May, a company representative said that Didi Chuxing was attracted to a taxi market that had, according to one estimate, grown by 50 percent between 2014 and 2018. The company aims to provide residents “with a better, safer and more convenient service” than those already on the market, the representative said.

Didi Chuxing has invested hundreds of millions of dollars in safety features since two female passengers were raped and murdered in 2018. These include audio and video recordings of taxi rides and a feature that matches female customers taking late-night taxis with female drivers.

Its status as the world’s top ride-hailing app is a function of its near total domination of the Chinese market. But it is also active in more than a dozen other countries, including Russia, where it began working in the city of Kazan last year, before quickly expanding to other cities.

The company’s arrival in Kazakhstan’s northern neighbor was greeted with alarm that it would use financial clout to muscle other firms out of business. Perennial concerns surrounding Chinese companies and data collection were also voiced.

At home, Didi Chuxing is reportedly being probed by Chinese antitrust authorities following its application to list on the New York Stock Exchange in an IPO that could see it valued upwards of $70 billion. That investigation comes after the state strongarmed another tech giant, Jack Ma’s Ant Group, into pulling out of a hotly anticipated public offering earlier this year.

Yandex has a similarly complex relationship with the Russian state. But there it can expect some loyalty. In Kazakhstan, it may be time to buckle up.