Astana will receive a $1.1 billion payout and a greater share in future profits. 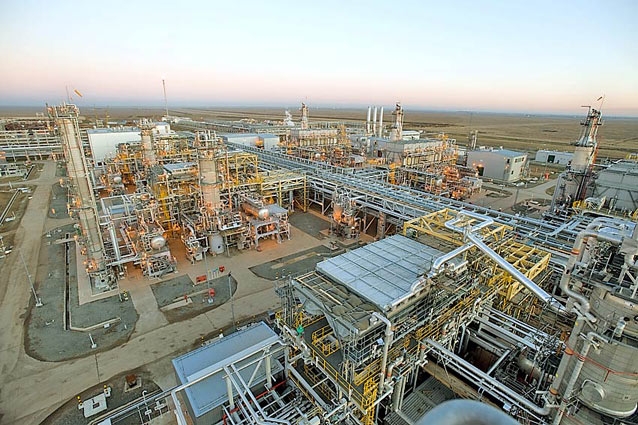 Kazakhstan has settled a long-standing dispute with foreign shareholders in the Karachaganak gas condensate field in a deal that will see the government receive $1.1 billion upfront and earn a greater portion of the profits in future.

The Energy Ministry announced on October 1 that it has signed an agreement with the Karachaganak Petroleum Operating, or KPO, consortium to reassess how revenue from oil sales is divvied up and to compensate for historic lost profits.

According to the ministry, which based its projection on an assumed oil price of $80 per barrel, the agreement will see the government earn an additional $415 million between now and 2037. The consortium will also extend a 10-year line of credit worth $1 billion for the completion of infrastructure work. In the event of this last condition being refused, the consortium will pay out $200 million.

KPO has also committed to completing major development work on Karachaganak to the tune of up to $5 billion. These projects could reap Kazakhstan an additional $23.5 billion by 2037, according to the Energy Ministry.

Energy Minister Kanat Bozumbayev said that the negotiations with KPO had been “very difficult” and “lasted about three years.”

Karachaganak, which is located in western Kazakhstan, to the north of the Caspian Sea, is one of the world's largest gas condensate fields. As energy-focused publication Platts has explained, Karachaganak’s product is extracted by injecting gas into the reserves to stimulate liquid output. The liquids are predominantly then exported through the Caspian Pipeline Consortium route that runs to the Russian port of Novorossiysk, on the Black Sea. Karachaganak produced 247,000 barrels daily of liquids in 2017, Platts reported, citing one of the project’s main partners, Milan-based Eni.

The field is being developed under a 40-year production-sharing agreement — signed in 1997 — that currently comprises Eni and British-Dutch company Shell, which each hold 29.25 percent stakes, and U.S. major Chevron and Russia’s Lukoil, with 18 percent and 13.5 percent stakes, respectively. And then there is a 10 percent stake held by Kazakhstan’s state-run KazMunaiGas company.

Astana came to control that stake in 2012 following an escalating series of legal actions against the consortium. The saga began in 2009, when the government began filing tax claims against KPO. Officials also took issue with the fact that forecasts for the cost of the project had ballooned from $8 billion to $14.5 billion, which implied delayed returns for Astana. The Karachaganak consortium has also faced fines for hundreds of million over violation of environmental rules. As the hostile moves showed little sign of abating, KPO agreed to relinquish a piece of the pie to KazMunaiGas.