The government says it has the resources to keep currency, prices stable. 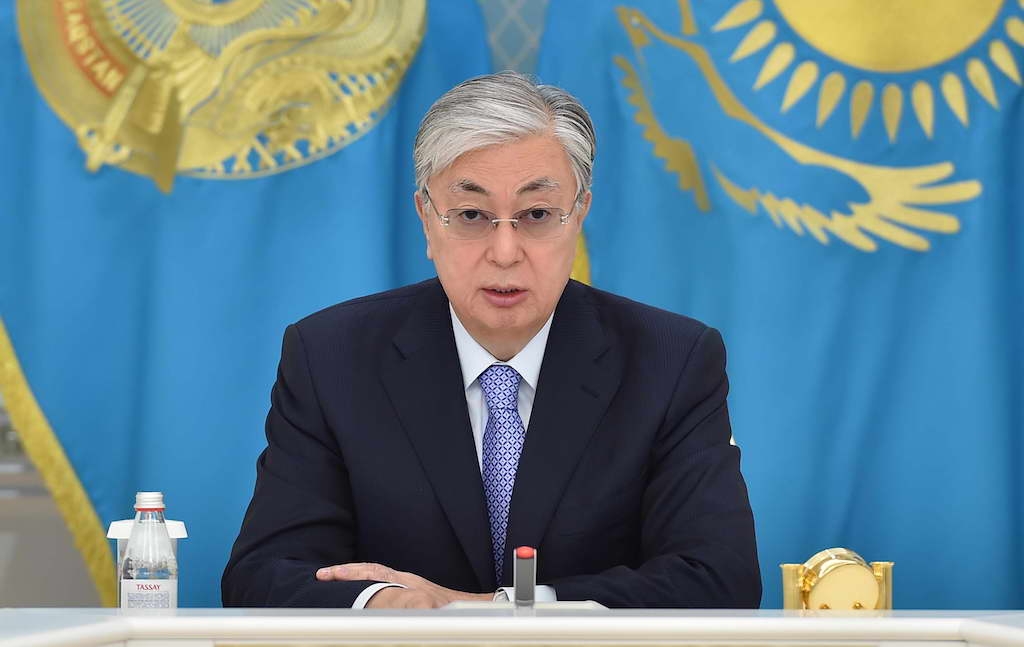 Kazakhstan’s president has ordered the creation of a rapid-response unit to deal with the fallout of tanking prices for oil, the country’s most important export commodity, and as anxiety leads to a surge in the value of the dollar on the streets.

Kassym-Jomart Tokayev told a meeting of Cabinet officials and the National Bank chairman on March 9 that a crisis plan would focus on supporting employment. He warned that cuts to the budget could be expected, but that his top priority was to “fulfil all social obligations.”

The prime minister’s office said in its own statement that the government at national and local level would be paying “special attention to preventing unjustified price increases, particularly for socially significant goods and services.”

“The National Bank has the resources needed and will take all necessary steps to ensure price stability by tightening monetary policy by raising the base rate and pursuing a sensible exchange rate policy,” the government said in its statement. “These measures will limit the acceleration of inflation and prevent excessive volatility in the national currency.”

Some preparations were already coming into view even before Saudi Arabia’s declaration of price war that came in response to Russian opposition to an OPEC-proposed strategy of cutting output.

“We have budgeted oil price at $50-$55 (per barrel). If it falls to $40 and below, the government has a plan to optimize the costs and we are already working on it,” Nogayev was quoted as saying.

Nogayev indicated that he expected another round of OPEC talks by the end of March, suggesting that Kazakhstan is banking on the impasse between the oil cartel and Russia, with which Nur-Sultan has aligned its oil strategy, could be resolved soon.

The Kazakh presidential administration website provided no figures or details on specific measures to forestall any looming crisis.

In a note issued ahead of the doomed OPEC talks, however, Renaissance Capital analysts Sofya Donets and Andrei Melaschenko were upbeat about the prospects for the Kazakh economy even if oil prices cratered.

“The good news is that we believe growth would remain above 1 [percent] even if the oil price fell to $30 [per barrel],” the analysts wrote.

Brent crude prices fell by 25 percent on March 9, leveling off at around $36 per barrel.

The uncertainty has precipitated another round of instability for the Kazakh tenge, which tracks the fate of the Russian ruble and reportedly dropped to nearly 400 against the dollar at bureaux de change, down from the 382 or that it was trading at over the weekend. Hola news website reported that money changing offices in cities like Almaty and Shymkent stopped selling dollars in response to the fall of the tenge.

Some analysts have cautioned calm, however, describing the rush to buy dollars as the result of ill-considered panic.

“First of all, today is a holiday, which means that the trading floor of the Kazakhstan stock exchange (KASE) is closed,” the curator of the popular economy analysis Telegram channel Tengenomika wrote. “It is accordingly not possible to accurately determine the market rate for the dollar against the tenge, which is what banks and money changers normally link their rate to. To operate on the basis of the rate of a money changer ‘near home’ who can just put up any rate [they want] … is decidedly not a good idea. In that regard, it would be good to wait until Tuesday, when KASE reopens.”