Kazakhstan: Securing the Faith in Almaty 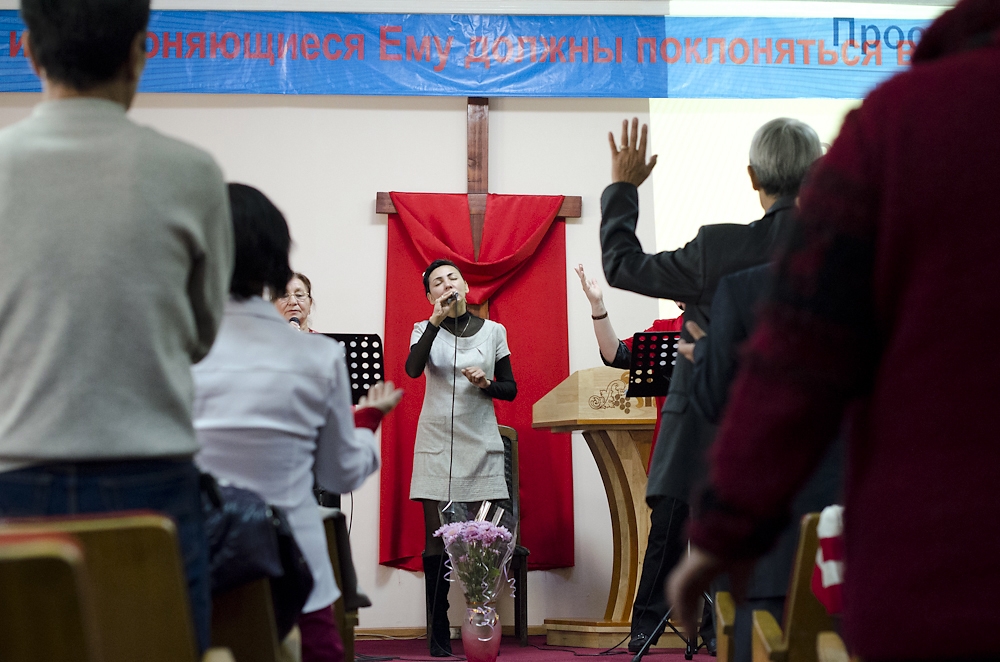 Members of the Sun Bok Ym Pentecostal church sing during the beginning of the Sunday service. 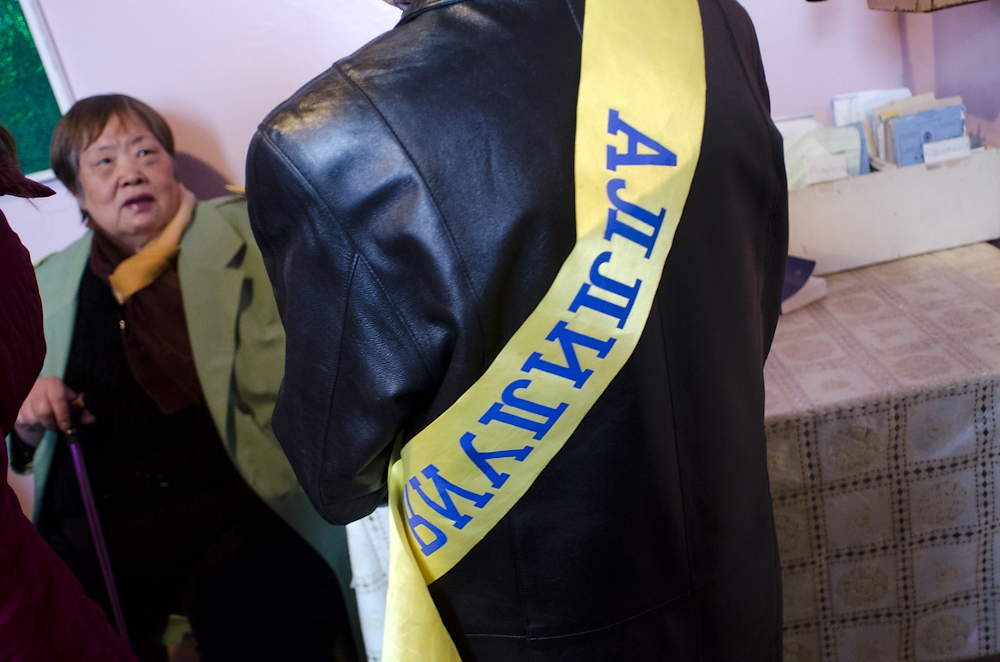 A woman wears a sash with the word “Hallelujah” in Russian across her coat. 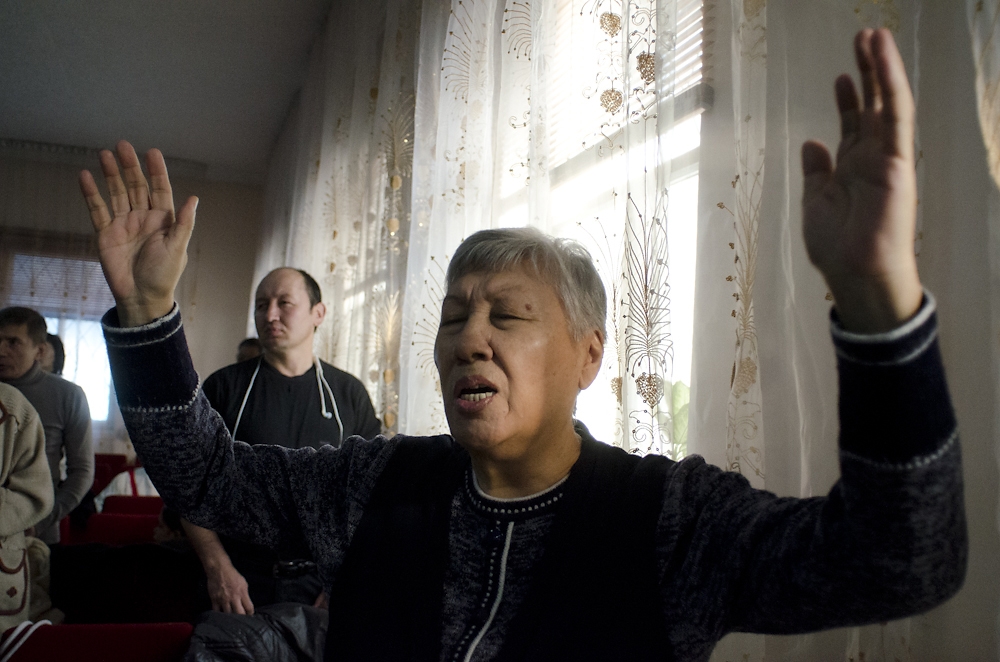 Church members raise their arms while singing and praying loudly. 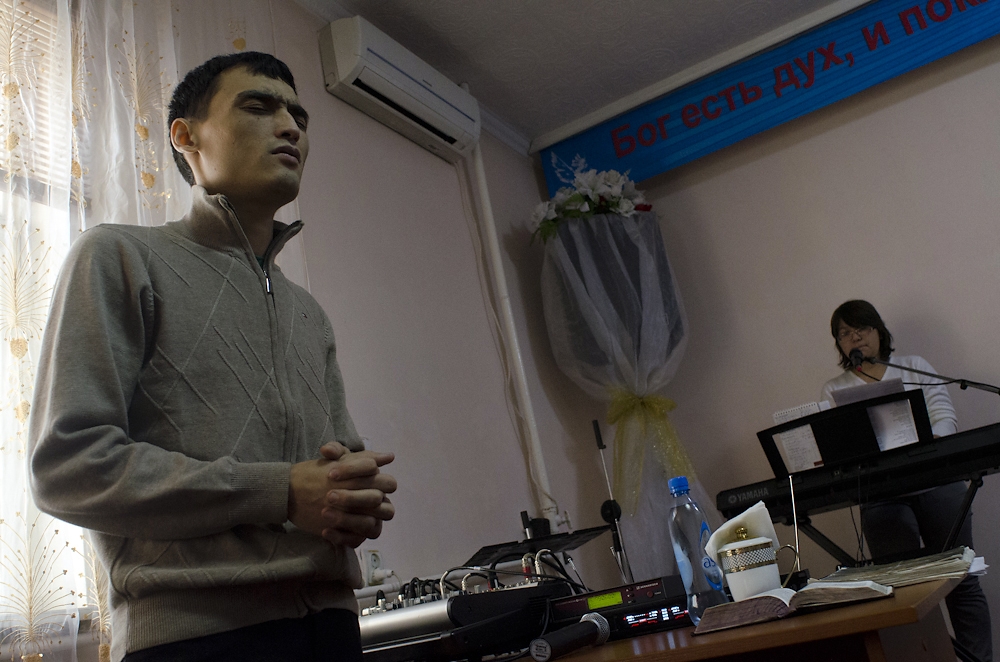 The church belongs to one of the 17 recognized faiths in Kazakhstan. 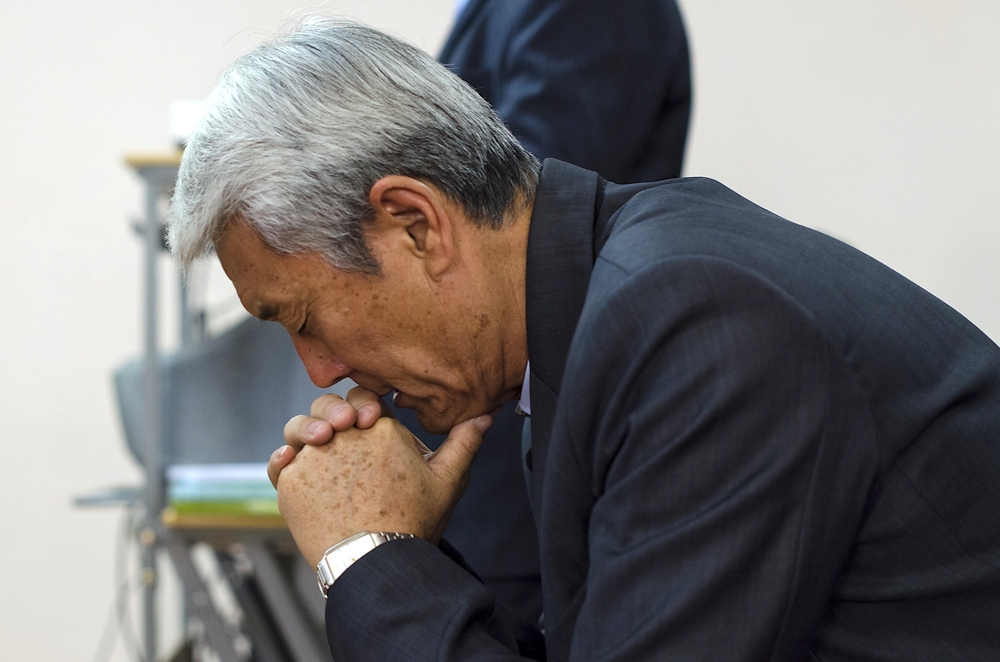 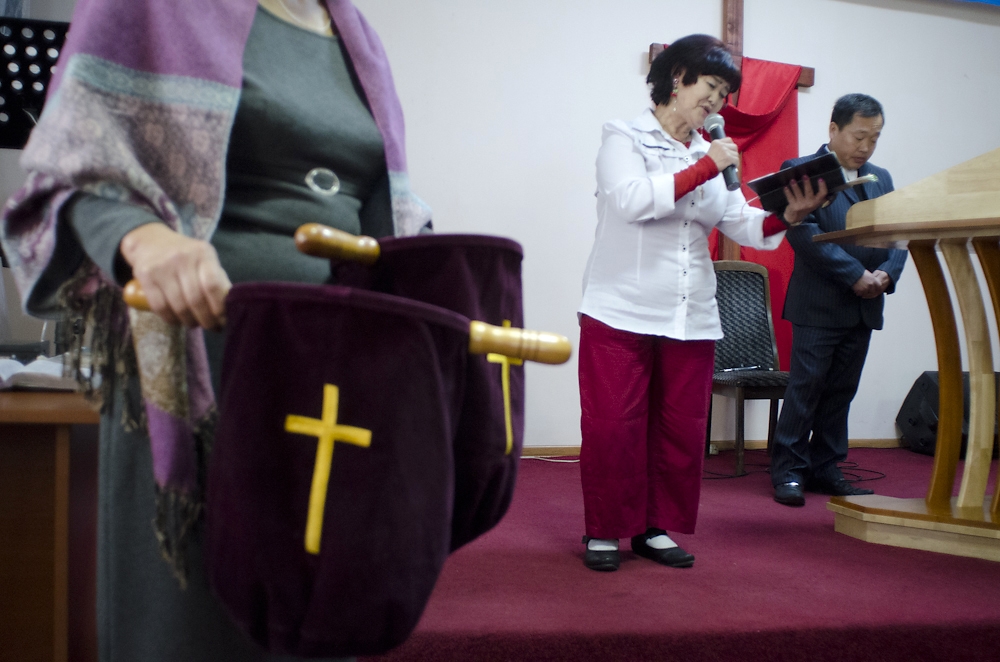 Anna Kan reads a prayer before members are asked to give to the church. 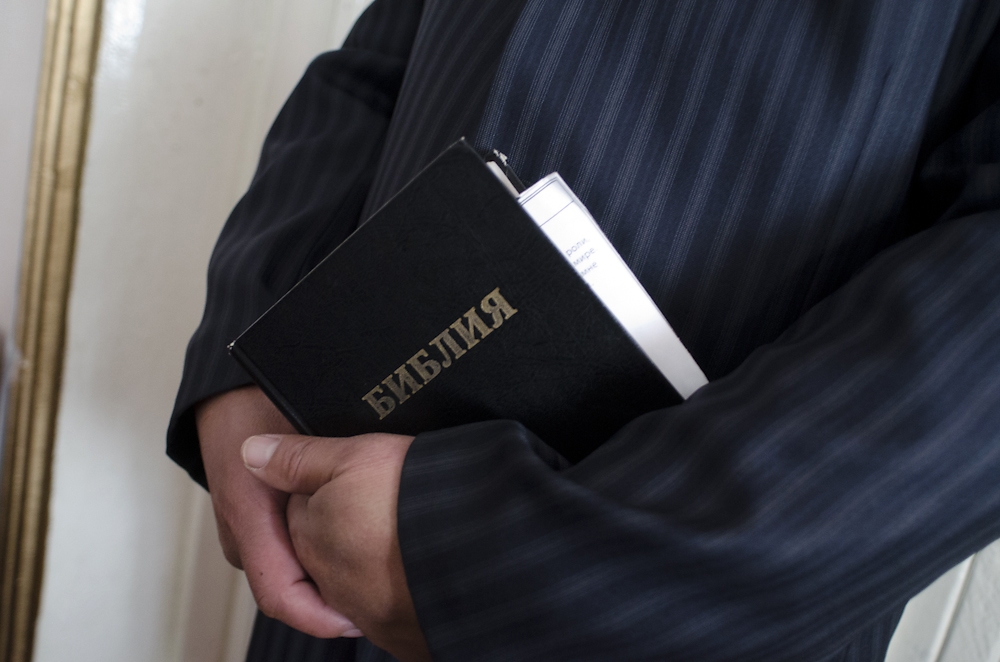 Deacon Oleg Son holds a bible before entering the church to speak to the faithful. 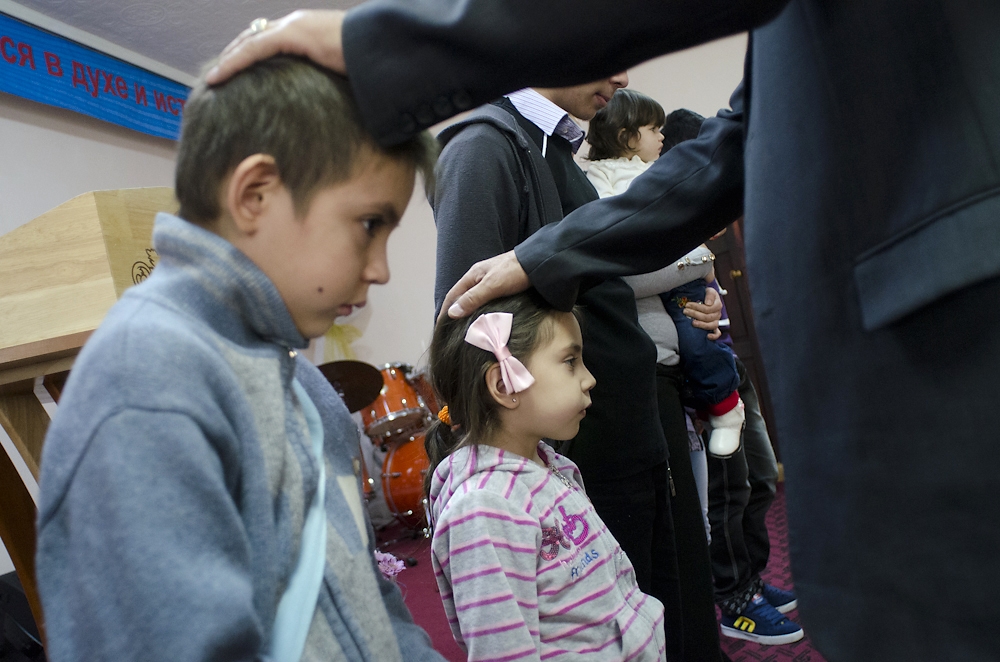 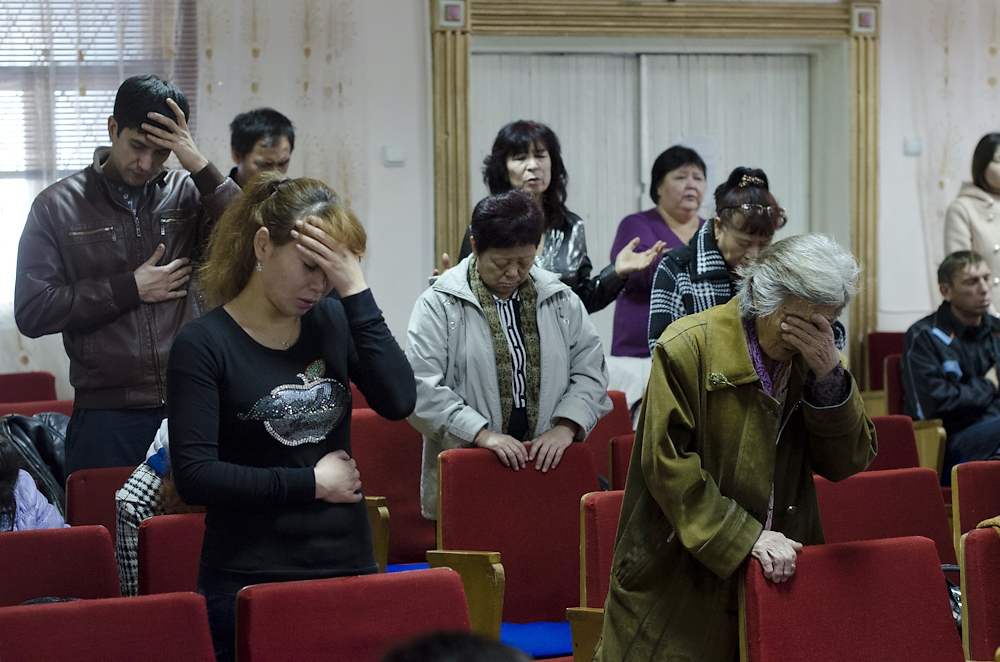 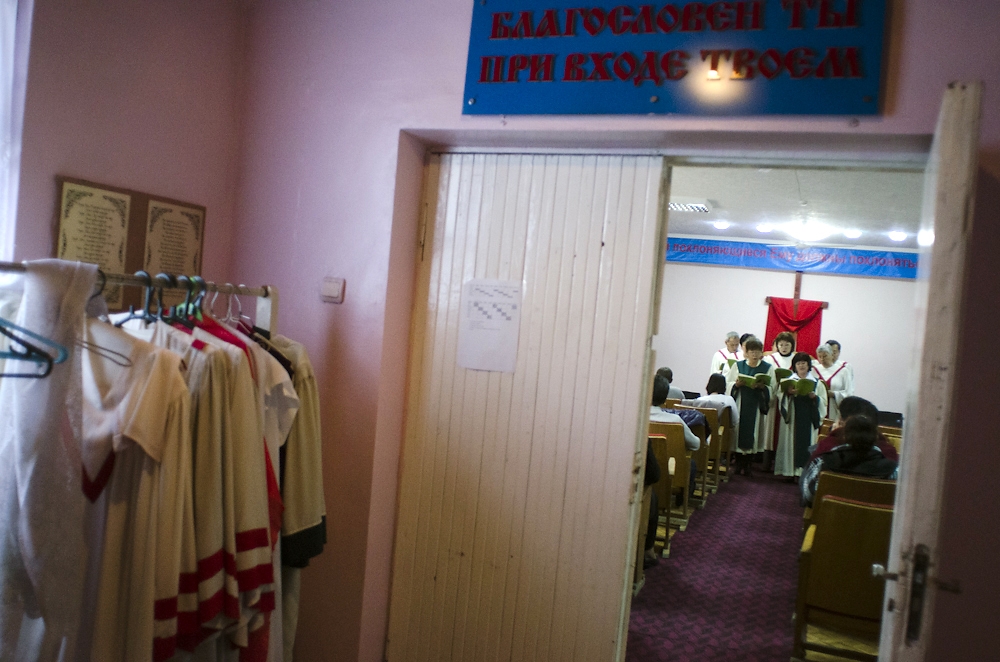 A choir sings between sermons. 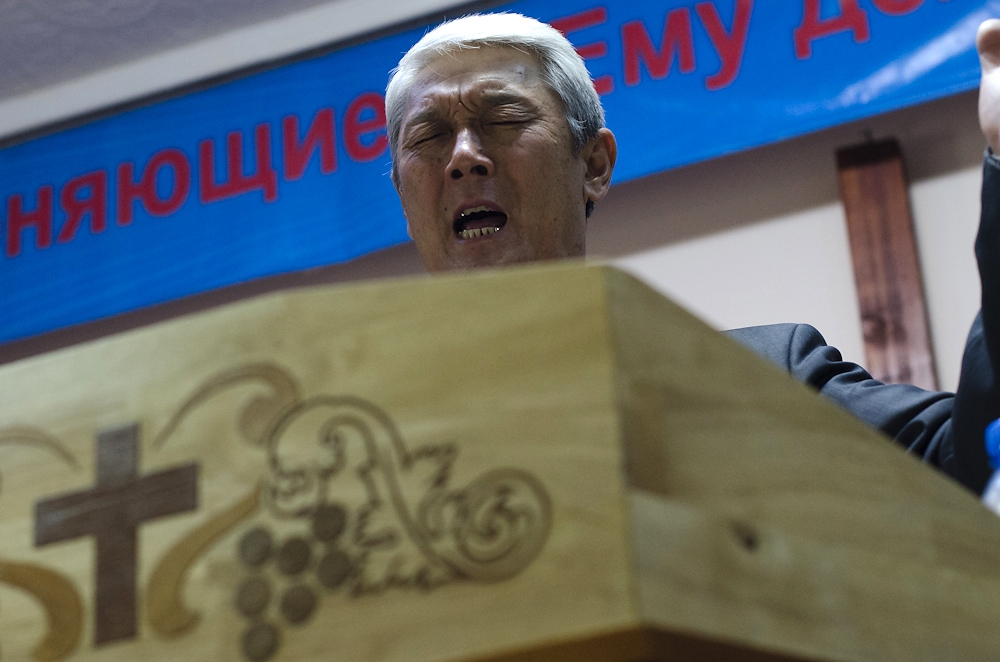 Pastor Shegay closes his eyes and begins a passionate oration. 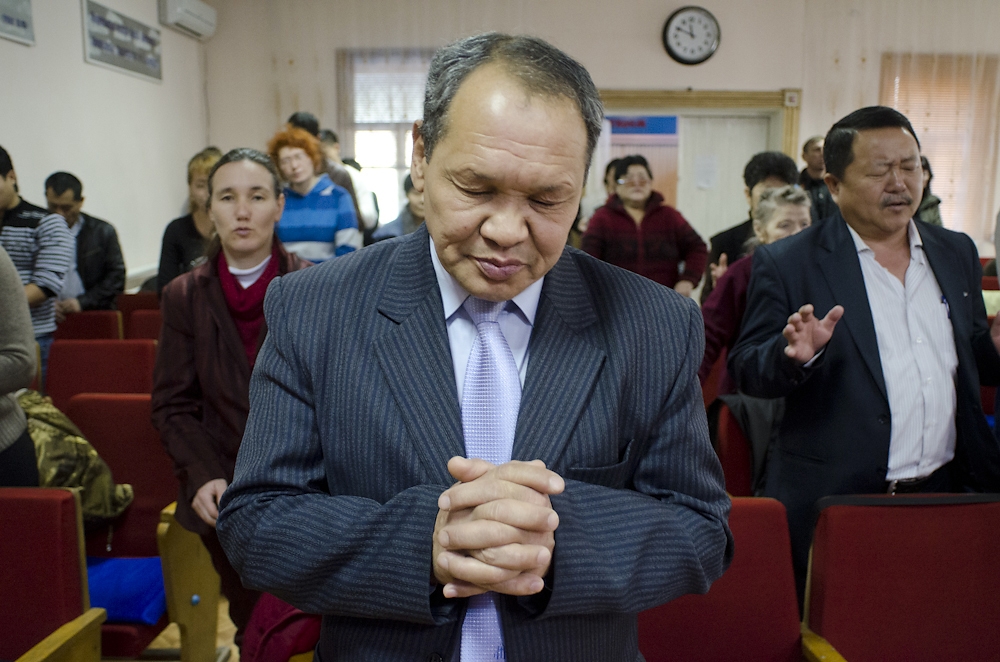 Members of the church comprise mostly of ethnic Koreans. 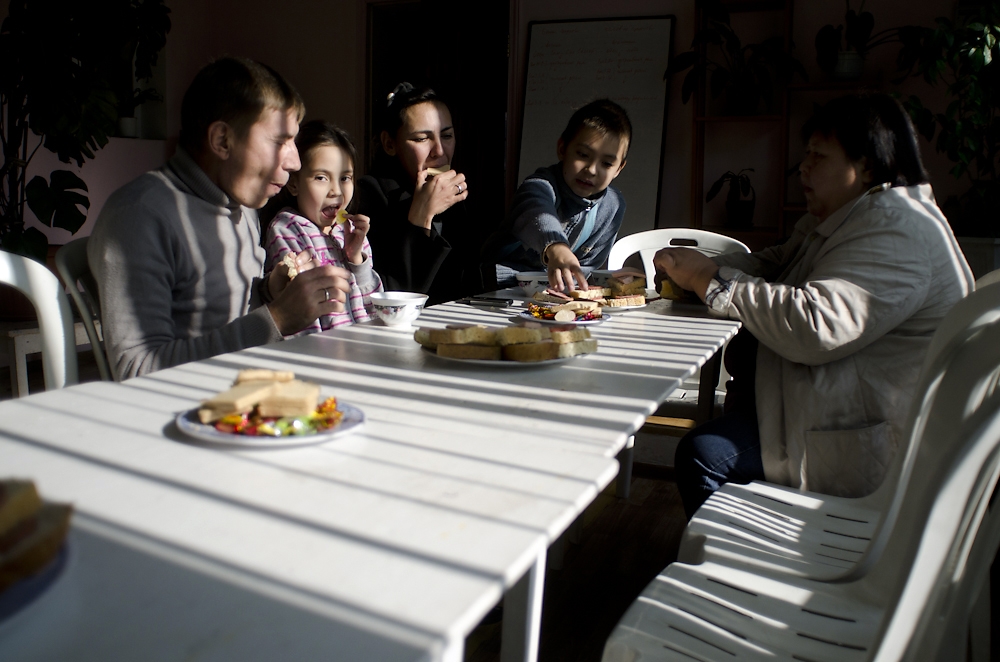 Following the service, some church members gather for tea and small bites to eat. 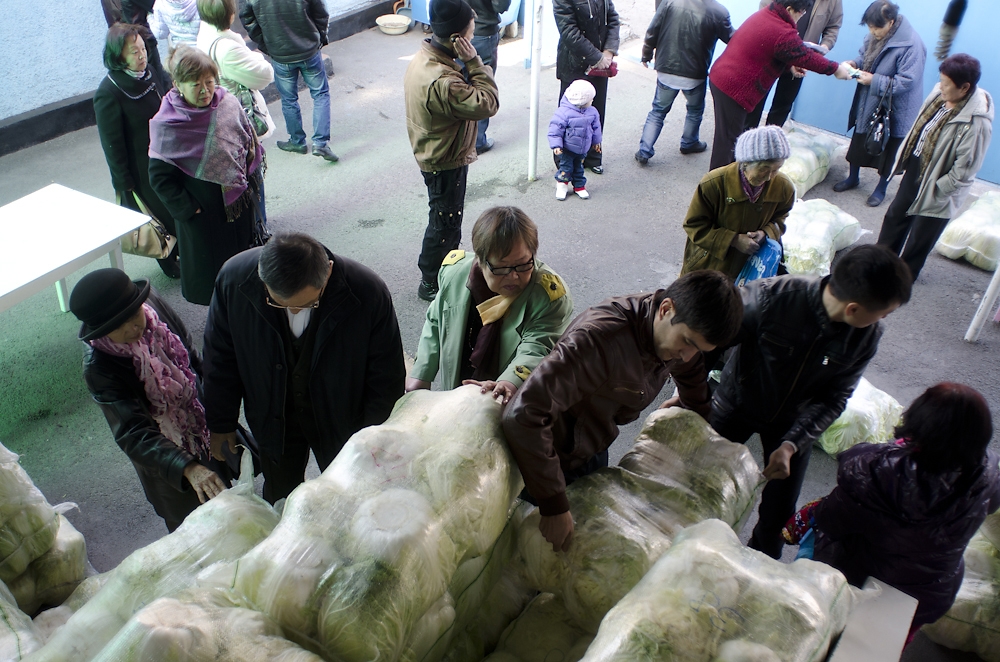 Sacks of cabbages are handed out to the poor and elderly. 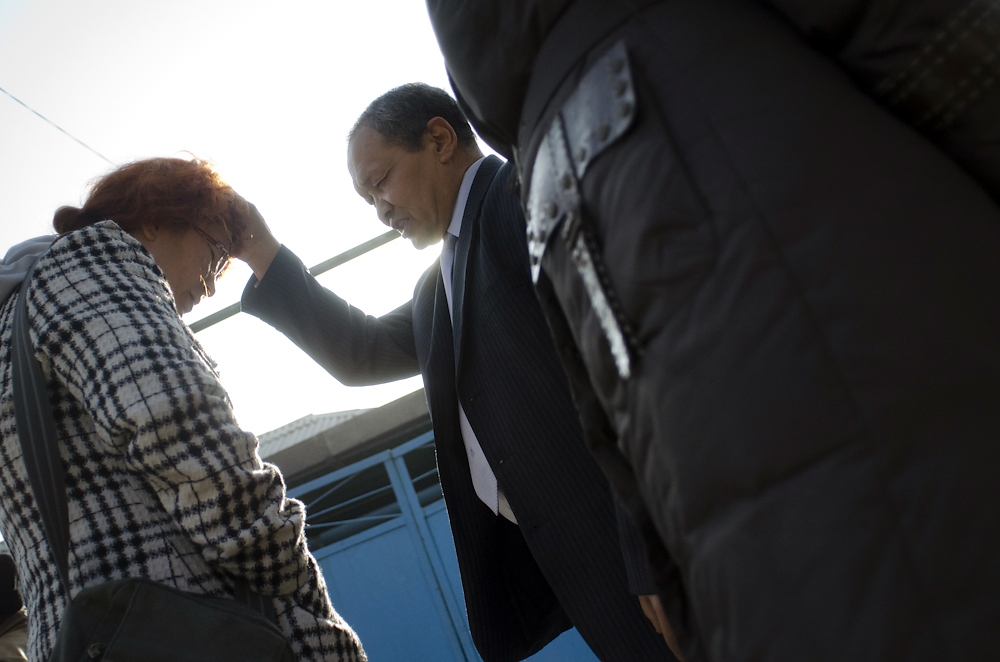 As church members leave some receive a final blessing before going home.
prev
next

In a plain single-story house in a northeastern suburb of Almaty, Pastor  Vasiliy Shegay brings his flock of about 50 followers to their feet in  song and prayer on a late Sunday morning. An ethnic Korean from  Uzbekistan, Shegay says he left his birthplace for Shymkent, Kazakhstan, seven years ago and later moved to Almaty, where he is pastor of the Sun Bok Ym Pentecostal Church.

The church has a congregation of around 80. Members are mostly ethnic Koreans, but include about a dozen ethnic Russians and a few ethnic Kazakhs. The  church belongs to one of the 17 recognized faiths in Kazakhstan.

Kazakhstan adopted a controversial new religion law in October 2011 that gave all religious groups a year to re-register under stringent new criteria. The deadline passed last month; one-third of religious associations in Kazakhstan did not manage to meet the strict standards. They now face closure, but pastor Shegay and his congregation are relieved that their church managed to register and will remain open for worship.

Between prayers and stories in Russian delivered by several evangelical  members, Shegay’s sermon elicits shouts of Amen and Hallelujah  from the faithful in the simple single-room  church. Touching the heads of the children and teens, the pastor delivers  a special blessing and then finishes his passionate, eyes-closed  oration by talking in tongues.

Following the two-hour service, sacks filled with eight large heads of  cabbage are handed out to the poor and elderly in front of the church,  while others gather inside a dining room for cups of steaming black tea,  cuts of bread topped with sliced sausage, and Kazakh sweets.