Oil output forecasts have been trimmed amid difficulties in using a key pipeline. 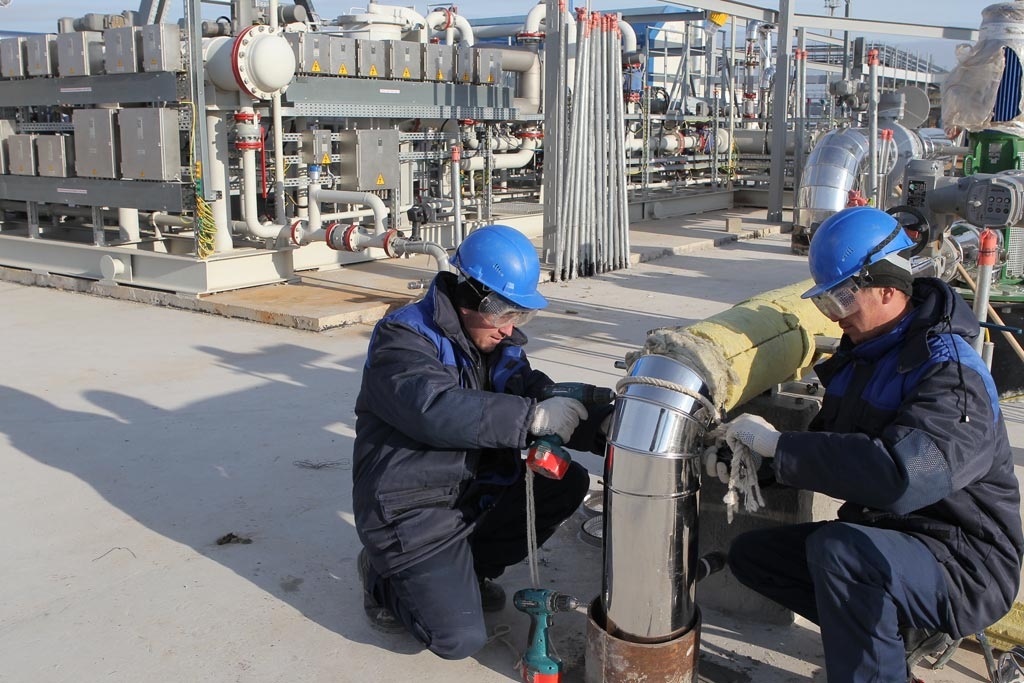 Up the junction: Kazakhstan's energy exports have already been hit by trouble in Russia. (Photo: CPC website)

Kazakhstan has reduced its oil output forecast for this year and radically trimmed its projection for economic growth in fresh evidence of the damage being wrought by the impact of Russia’s war on Ukraine.

National Economy Minister Alibek Kuantyrov said on April 5 that the country expected to pump 85.7 million tons of crude in 2022, which is 1.8 million tons less than had been projected earlier.

“There is a small diminution. This will be offset by the higher prices,” Kuantyrov told journalists.

Kuantyrov may have been putting on a brave face, however, since he admitted in the same briefing that the government was downgrading its economic growth forecast for this year from 3.9 percent to 2.1 percent.

High oil prices should be serving Kazakhstan in good stead at this moment, but it is not clear how much of the commodity is getting onto the global market.

On March 22, a consortium operating the pipeline that Kazakhstan uses to export the bulk of its oil announced that the route might be largely unusable for up to two months because of infrastructure damage allegedly caused by a storm. The Caspian Pipeline Consortium, or CPC, said in a statement that two of three tanker loading facilities at the Russian Black Sea port of Novorossiysk, which allow ships to take on oil at a safe distance from the shore, had been rendered inoperable.

Of the 67.6 million tons of oil that Kazakhstan exported in 2021, more than 53 million tons were pumped through the CPC.

Analysts have expressed some uncertainty about the reliability of claims of storm damage, however, especially as the consortium’s Western partners, which include the majors Chevron and Exxon, who own 15 percent and 7 percent stakes, respectively, were unable to conduct their own inspections at the Russian port.

CPC representatives have since said some amounts of oil can be shipped out of Novorossiysk, although there is no certainty about the precise volumes. Interfax news agency reported on April 4 that the CPC has failed to publish any data for March on how much oil had been loaded at the terminal. Data for the last 17 years has likewise disappeared from the company’s website.

Back in February, deliveries were stable. The CPC had shipped 5.5 million tons of oil, 2.2 percent up on the previous month.

As of late last month, though, oil production declines in Kazakhstan were already being confirmed in reporting by Reuters news agency. Oil production at Tengiz, a field operated by Chevron-led Tengizchevroil, on March 27 stood at 423,000 barrels, down 37 percent from the daily average over the first three weeks of the month. At Karachaganak, another field, which is operated by Karachaganak Petroleum Operating, production on the same day was recorded at 250,000 barrels, 11 percent down on the daily average earlier in the month. Kashagan, however, had retained relatively stable output.

A year of relatively sluggish growth will come as a deep disappointment to the Kazakh government, which was looking forward to a sustained period of buoyancy following the 2.6 percent contraction in the GDP experienced in 2020 amid the global slowdown brought on by the COVID-19 pandemic. Economic growth bounced back to 4 percent in 2021 – a rate the authorities had hoped to maintain for some years to come.

Officials in Kazakhstan have in recent weeks evinced concern that their economy could be adversely affected by the international sanctions being level at the country’s main trading partner, Russia. They have been at pains to note, however, that Kazakhstan would not allow itself to be used as a means for Russia to circumvent the sanctions.

“We are going to abide by the sanctions. Even though we are part of the Economic Union with Russia, Belarus and other countries, we are also part of the international community,” President Kassym-Tokayev’s first deputy chief of staff, Timur Suleimenov, told Brussels-based outlet Euractiv in an interview published on March 29. “Therefore, the last thing we want is secondary sanctions of the US and the EU to be applied to Kazakhstan.”

The adoption of this position has caused discomfiture among some Russian political commentators whose see Kazakhstan’s attempt to take a middle road as little short of betrayal.

“Let's wait what President Kassym-Jomart Tokayev says. But his silence raises very big questions,” Vadim Trukhachev, an associate professor of international relations at the Russian State University for the Humanities, told the website Regnum. “Overall, this prompts questions about whether Kazakhstan can be considered an ally to Russia.”

“It's better to take off our rose-tinted glasses and see Kazakhstan for what it is. Not an enemy, of course, but clearly not an ally either,” Trukhachev said.