The authorities spot a chance to clamp down more on the internet. 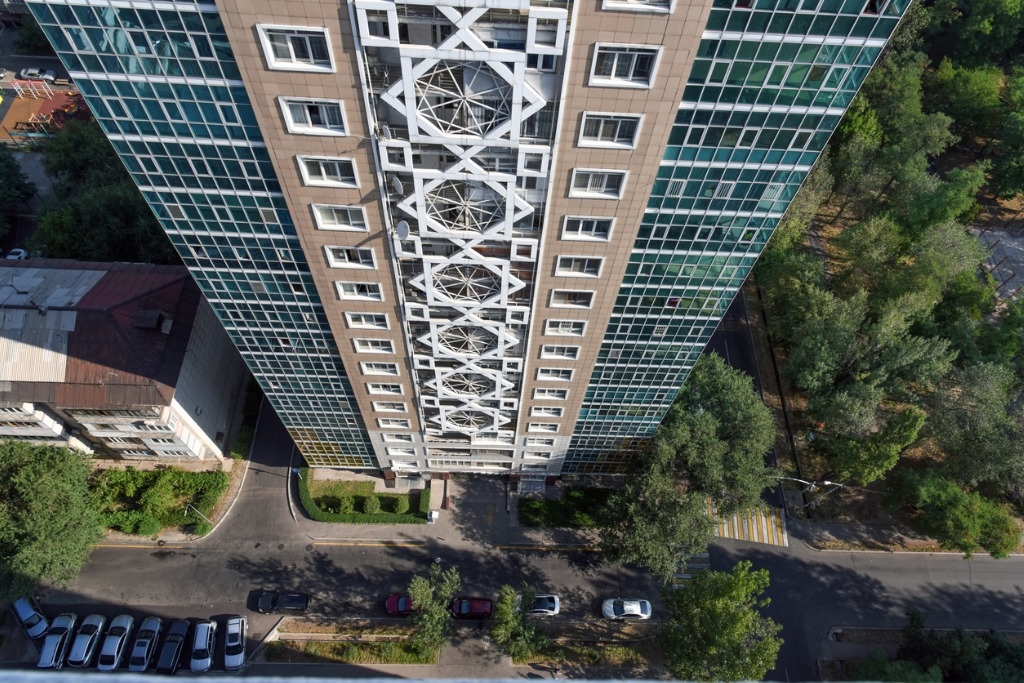 Alina has always had a rocky relationship with her stepmother. The 14-year-old tries to spend as little time as possible at home in their Almaty apartment.

But when the pandemic hit, she was stuck. For several months, Kazakhstan imposed a strict nationwide lockdown that forbade people to leave their homes.

Alina (not her real name) grew desperate. She thought about suicide. One day she scratched her wrists with the sharp edge of a ruler. Fortunately, she was afraid to go further.

"I wanted to die by taking pills or jumping off the roof, but I couldn't. I'm afraid of pain, of death. I'm such a coward,” she said.

In the first four months of 2021, suicides by minors jumped 15 percent in Kazakhstan compared to the year before, according to data from the General Prosecutor’s Office. (Certainly the country is not alone. According to the U.S. Centers for Disease Control, at the start of the pandemic emergency room visits for suspected suicide attempts in the United States began to increase among adolescents, especially girls, and this amid a reported overall decline in the suicide rate.”)

Aigul Beimisheva, coordinator of the youth suicide prevention project at the Institute for Equal Rights and Equal Opportunities, an NGO in Almaty, said lockdown “conditions are unnatural for the mental development of children,” arguing that kids need to be in school with their peers.

"School is a place where a child interacts with friends and experiences different emotions,” she told Eurasianet. “Distance learning has turned off the socialization function.”

The problem of teen suicides in Kazakhstan predates the pandemic.

In 2008, the country was the world leader in suicides in the 15-19 age group, according to UNICEF. UNICEF blamed poverty, divorce and family conflicts, as well as psychological trauma from physical and sexual violence.

Three years later, in 2011, the government recognized suicide as the leading cause of death among teenagers and began to take action. By 2018, the rate had fallen by half.

“There is now more targeted work than ever before," Khudair told Eurasianet.

Some Kazakhs say they don’t understand why teen suicide is so common here. The country is wealthy compared to its neighbors. Last year Save the Children, an international non-profit focusing on children’s rights, ranked countries based on access to food, education, child health services, violence, child labor and forced marriage. Kazakhstan placed 50th out of 180, behind rich Western countries but ahead of most developing countries. Neighboring Kyrgyzstan ranked 96, Tajikistan 99, and Uzbekistan 72.

Beimisheva of the Institute for Equal Rights and Equal Opportunities says that while poverty can be a trigger, there is no one cause of teen suicide. She reports cases of young people from well-to-do families harming themselves.

Isolating cultural norms are a bigger factor, Beimisheva believes: Many teens “do not feel they have someone around to talk to," she said, adding that Kazakh parents often struggle to communicate with their children about sensitive topics, such as love and relationships.

Other unwritten cultural habits keep some parents from seeking help. They fear gossip.

"The so-called 'uyat' [shame], the fear of the notorious 'what will people say?' is in the Kazakhs' blood," Beimisheva said. She also complained that school psychologists, in turn, often do not respect a child’s confidentiality.

Senior officials see a different threat – online influences, including those from abroad – though some might call it an opportunity: Earlier this year President Kassym-Jomart Tokayev urged parliament to "strengthen state control and find effective mechanisms to prevent suicide and bullying among children.” The bill duly produced by lawmakers looked to government critics like yet another ruse to tighten controls over the internet, following similar legislation in Russia.

Last month, MPs passed the first reading of a bill developed by the ruling party that would require foreign social networks and messengers to register in Kazakhstan or face being blocked. The stated goal is to protect children and teenagers from online bullying. MPs described the initiative as necessary because foreign tech companies fail to remove bullying content.

Critics, however, do not believe the parliamentarians have such noble motives. Assem Zhapisheva, an activist running the YouTube news channel "Til kespek jok" (Freedom of Speech), believes the authorities are insincerely using an acute social problem to snatch away political freedoms.

"The declared protection of children from cyberbullying is just an excuse to push through a bill allowing the government to control online platforms, the last bastion of public debate in our country," Zhapisheva told Eurasianet.