The announcement seems to be tied to a deranged post on the former Russian president’s social media. 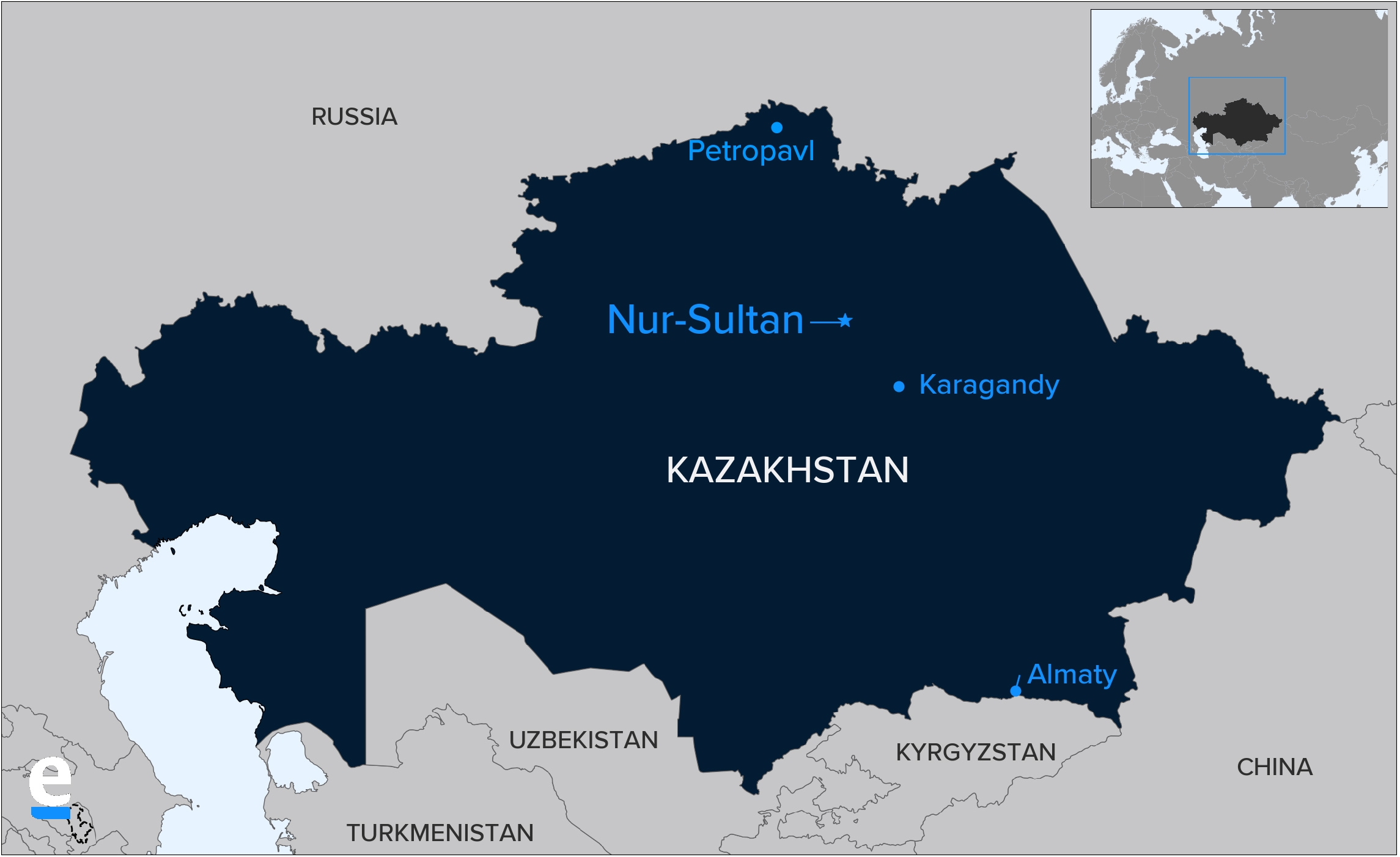 Petropavl is a particularly sensitive part of the map for Kazakhstan.

A married couple in northern Kazakhstan have been sentenced to five years’ imprisonment after calling for Russia to absorb their region, a local court announced the day after Russia’s ex-president appeared to question Kazakh sovereignty.

Dmitri Medvedev, who served as Russia’s president between 2008 and 2012 and is now deputy head of its security council, has been the source of heated conversations in Kazakhstan this week, after a post on his official Vkontakte page referred to the country as “artificial” and suggested Kazakh authorities had pursued “genocidal” policies in the once Slav-dominated north.

The August 2 post was deleted minutes after it was published and an advisor to Medvedev said the account had been hacked.

Few Kazakhs who follow Medvedev’s extreme online ravings – typically raining hatred on Kyiv and the West – were convinced by that explanation.

Nor was it out of sync with generally hostile rhetoric aimed at Kazakhstan from prominent Russian public figures incensed by Nur-Sultan’s fence-sitting vis-à-vis Russia’s war in Ukraine.

This time, there was no official Kazakh response.

But it is notable that a judge at the Petropavl city court felt compelled to give a briefing the following day on a case the court had decided in May, when it found the 49-year-old man and 43-year-old woman guilty of calling for integration with next-door Russia.

Kazakhstan’s government is proud of its record of preserving harmony in a vast country where around 30 percent of the population are non-Kazakhs.

That reputation has been badly damaged by interethnic conflicts in recent years, but there have been no major clashes between majority Kazakhs and ethnic Russians, who constitute the country’s largest minority at around a fifth of the population.

To this end, the jail sentences doled out in cases of separatism and inciting ethnic hatred are an important tool at the government’s disposal.

The state prosecutor said in May that over 20 people had been convicted on incitement charges since the beginning of 2019.

Rights activists indicate that the wording of such articles allows for broad prosecutorial scope and uneven judicial application.

The Petropavl couple might have gotten off with a lesser punishment if their alleged call to separatism had not been made “using telecommunications networks,” a clause that stipulates a minimum five-year sentence.

According to the court’s press service, the case rested on a conversation the couple had with a man on ChatRoulette, a website that describes itself as “a platform for meeting random people.”

These chats are private, although a purported recording of the December conversation, in which the man appears to be questioning the pair’s separatist sentiment, has surfaced online.

By contrast, a man in the northwestern city of Uralsk, has been facing charges since May of sowing ethnic hatred for calling on social media to “give over to Russia” several Kazakh cities. The maximum sentence for that crime is seven years in prison, but he could escape with a fine.

Petropavl has witnessed convictions related to separatism in the past and is a particularly sensitive part of the map for Kazakhstan. It is the capital of the Northern Kazakhstan region, where Slavs still dominate, and is particularly well integrated with Russian transport infrastructure just over the border.

The post that briefly appeared on Medvedev’s Vkontakte page on August 2 noted the predominance of Slavs in northern Kazakhstan prior to the collapse of the Soviet Union and criticized “initiatives…that could be considered as genocidal to Russians,” a reference to Kazakh government programs that have incentivized ethnic Kazakhs moving into the region.

“We don’t intend to close our eyes to that. There won’t be order there until Russians arrive,” the missive concluded.

While many Kazakhs were livid at the post, opinion in Russia was divided over whether Medvedev was indeed the author.

Socialite and media personality Ksenia Sobchak ventured that the account had probably been compromised, since the rhetoric was “too much, even for him.”

If Medvedev were a Kazakh citizen living in Petropavl, he would be unlikely to get such benefit of the doubt.