The president has promised a new social fund will step in where the state has failed, but already there are questions about transparency. 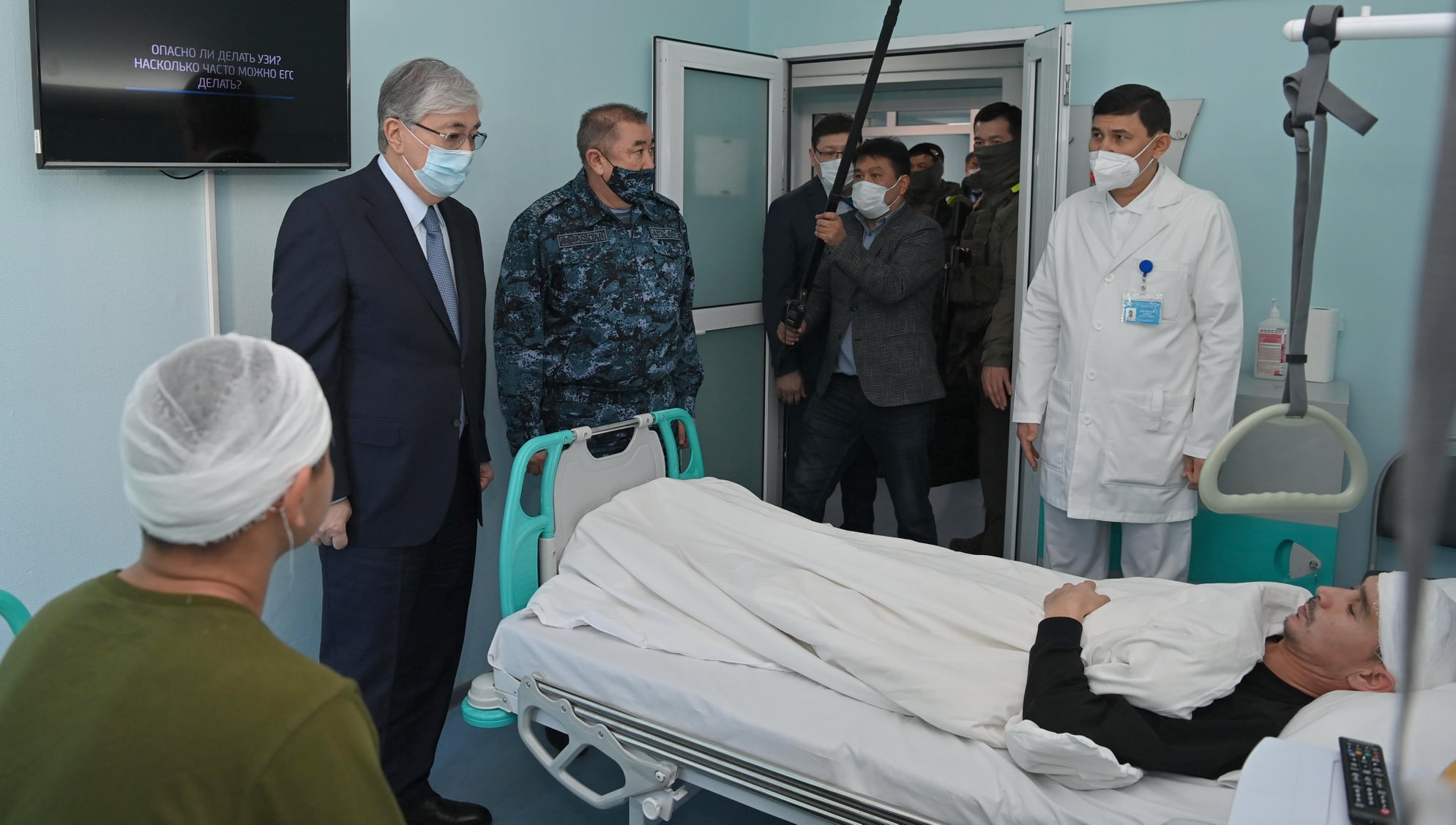 In Kazakhstan, where 0.001 percent of the population controls half the nation’s wealth, the rich and powerful are suddenly falling over themselves to give their money away.

Oligarchs are digging deep to pour millions of dollars into a new fund that is President Kassym-Jomart Tokayev’s signature policy initiative to tackle the socioeconomic problems that brought demonstrators out in early January for peaceful protests that ended in fatal violence.

This is part of what Tokayev dubs the “de-oligarchization of the economy.” His target is clear: well-connected entrepreneurs who made their fortunes under Nursultan Nazarbayev, the president’s now sidelined predecessor.

But as the fund, called “For the People of Kazakhstan,” gets up and running, there are more questions than answers about its operations.

Why is public consultation about the creation of a fund supposed to serve the people conspicuously absent?

What will it be doing for the benighted people it is supposed to help?

And why is a new fund required to carry out activities that should perhaps be the purview of the state itself?

On January 11, Tokayev candidly acknowledged the grievances that stoked protests, and promised an economic reset. For the People will “deal with resolving real problems” in “health, education and social support,” he said.

His scattershot wish list for the fund’s operations includes sports facilities; helping Almaty “recover from the terrible tragedy” that left some buildings in ruins; assisting relatives of law-enforcement officers killed in this month’s violence; and helping families with children suffering from rare diseases.

Tokayev vouched for the fund’s “total transparency,” promising that society, not officials, would hold it accountable. This was “not a fund of the president, government or any other state body,” but “a fund for all Kazakhstanis, a people’s fund.”

So it was perhaps unsurprising that people were aggrieved when this “people’s fund” was set up days later without public consultation, its supervisory board appointed without discussion.

That board elected as the fund’s chairman Bolat Zhamishev, a former finance minister who once occupied senior positions in banks that thrived under Nazarbayev.

Chairing the board is Yuriy Pya, a respected cardiac surgeon who heads the University Medical Center at Nazarbayev University in Nur-Sultan.

Some board members are regime insiders, like Irina Smirnova, a deputy in the rubberstamp parliament; and Sain Aruzhan, the children’s ombudswoman who recently appeared to berate careless parents about keeping their offspring safe after security forces shot children during this month’s violence.

Among the board’s more independent figures are Oraz Zhandosov, an economist once prominent in Kazakhstan’s political opposition, and Olzhas Khudaibergenov, a former central bank adviser known for his frank expression of critical opinions.

The board also contains representatives from charities and the business community.

The fund’s financing will come from “private and state sources,” Tokayev said, with lottery operators contributing and international charities getting involved.

But he made it clear that primarily he expects the Nazarbayev-era oligarchs to cough up.

“Thanks to the first president […] a group of very profitable companies has appeared in the country, as has a group of people who are rich, even by international standards,” Tokayev said.

It was time for them “to pay their dues to the people of Kazakhstan and help them on a systematic and regular basis.”

Tokayev said he expected “significant and regular, I emphasize, regular, contributions to the fund from big business” – the size of the payments decided as a percentage of a firm’s taxable revenue.

This forced Zhamishev onto the back foot, leaving him denying this amounts to an extra corporate tax. These are “voluntary contributions from enterprises,” which are entitled to tax relief on charitable contributions.

In another PR debacle, Zhamishev condemned pressganging citizens to contribute, after civil servants came under pressure to emulate Alikhan Smailov, the new prime minister, and donate a day’s salary.

Contributors include Halyk Bank, owned by Dinara Kulibayeva and her husband Timur, Nazarbayev’s billionaire daughter and son-in-law; and Kaspi.kz, a fintech-savvy bank in which Kairat Satybaldy, Nazarbayev’s nephew, once owned a stake.

The name of Satybaldy and his brother Samat Abish, recently dismissed as deputy security chief, have featured in media reports alleging they might have been involved in plotting against Tokayev, who says violent forces hijacked peaceful protests this month to attempt a coup d’etat.

Another contributor to the fund is the Nursultan Nazarbayev Foundation, which the Organized Crime and Corruption Reporting Project named in a recent exposé as among the opaque non-profits founded by the ex-president that control billions of dollars in assets.

Other major contributors include Lancaster Group, which has investments in energy, industrial infrastructure and pharmaceuticals; BAZIS CONSTRUCTION, a building company, and several industrial plants.

Two businessmen who feature on the Forbes.kz rich list have sent money: Almas Sultangazin, who owns a chain of white goods stores, and Daniyar Abulgazin, an oil trader with a stake in Almaty’s Saks Fifth Avenue, Kazakhstan’s most luxurious department store.

For the People is now hurriedly drafting its job description amid confusion over what its role actually is – and why it is stepping up to do what many see as the government’s job: providing basic services for people in need.

The fund will “provide charitable assistance” in the areas of health, education, social protection, culture and sport, in cases when “some groups of the population need services that are not provided by the state or private business,” Zhamishev clarified on January 22.

This will be “assistance above that given primarily by the state,” he explained, somewhat hazily. “We deem it absolutely incorrect if the fund is viewed as some sort of budget substitution program.”