Fears that a house price spike may be awaiting appear ill-founded for now. 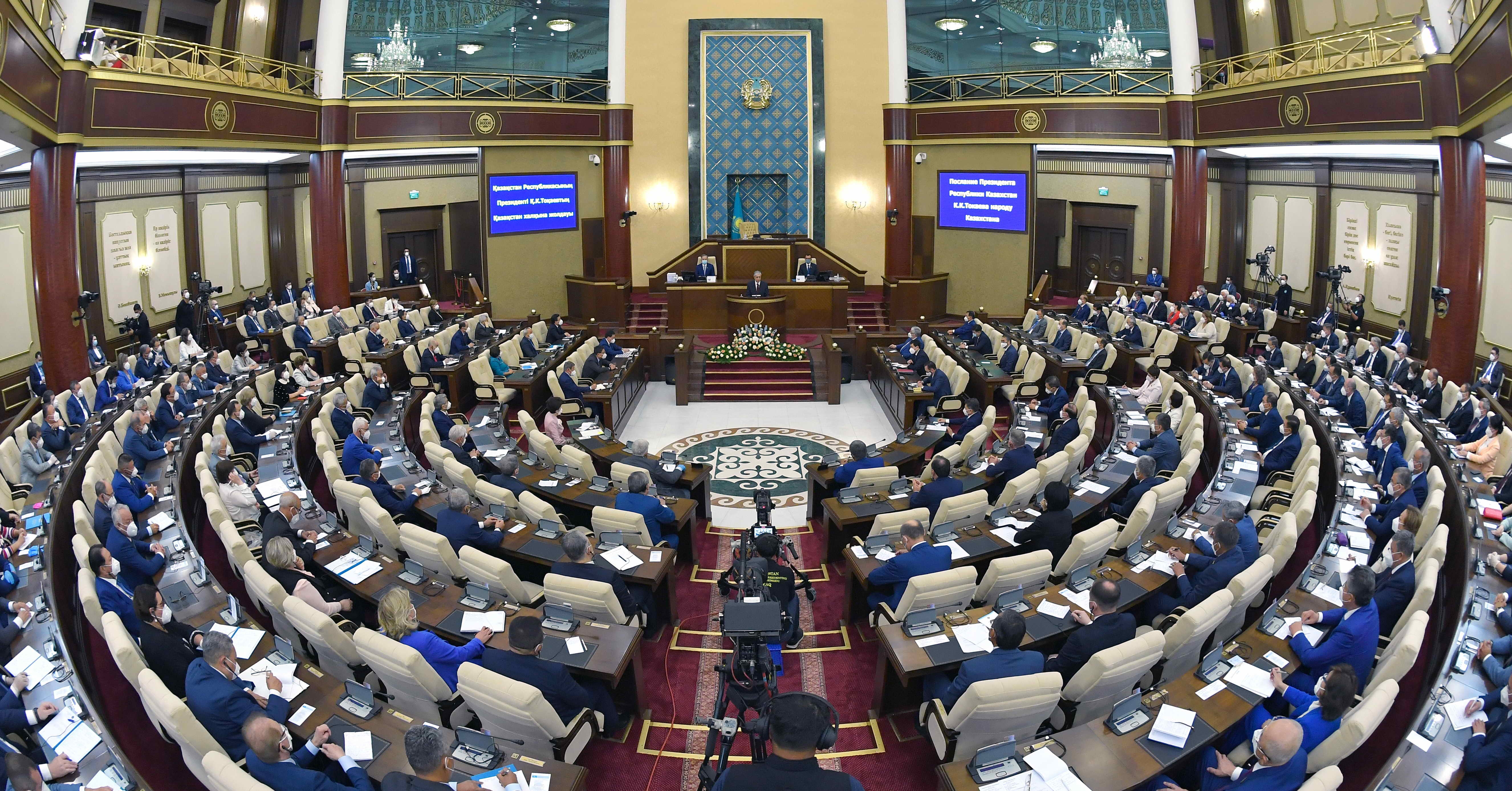 Tokayev addressing lawmakers at his state of the nation speech. (Photo: Presidential administration)

Kazakhstan’s government has begun allowing some citizens to access their state-run pension funds early for buying property or making other capital investments.

Under rules unveiled last week by the Industry and Infrastructure Development Ministry, money withdrawn from the fund will only be available for certain types of expenditures, however. These include the partial or whole payment of property and land purchases and funding household renovations.

The catch is that only people with an excess in their savings pot – in other words, amounts above a government-set threshold – will benefit from this concession. What is more, different age groups will be eligible to access varying amounts.

A 30-year-old may withdraw any excess over 2.5 million tenge ($6,000) in the pot, while a 50-year-old is eligible for what is surplus above the 4.5 million tenge mark. The reasoning is that older people should not be able to raid too much of a pot designed to tide them over in the not-too-distant future. Younger people will have more time to put away savings, but are being prevented from splurging everything early in life.

Workers with low salaries are, naturally, highly unlikely to have accumulated a surplus. The state-run Single Accumulated Savings Fund, or ENPF in its Russian initials, has said that among its 11.5 million depositors, about one million people have surpluses that they can withdraw.

Rules on how money can be withdrawn for the purposes of investment are still being drawn up.

A pledge to give people access to their pensions was the highlight of the September state-of-the-nation address delivered by President Kassym-Jomart Tokayev, who has struggled to restore vim to an economy battered by the COVID-19 pandemic.

“At the moment, a working person can use his pension savings only after retirement. But the desire of people to use these funds even before retirement is understandable,” he said at the time.

In making that promise, Tokayev acknowledged the well-known fact that “return on investment from pension assets remains low.” The ENPF said that real return on its investments by the end of 2020 had totaled 3 percent, adjusted for inflation.

The injection of liquidity into the economy has some spooked about a possible spike in house prices. Industry experts, like those at real estate website portal Krysha.kz, are more sanguine and say they have seen little evidence of this happening since the start of the year, when Tokayev gave this initiative the green light.

If anything, the worry is that freeing up this cash may have a negligible effect on the economy, while exposing improvident investors to a cash shortage in the future.